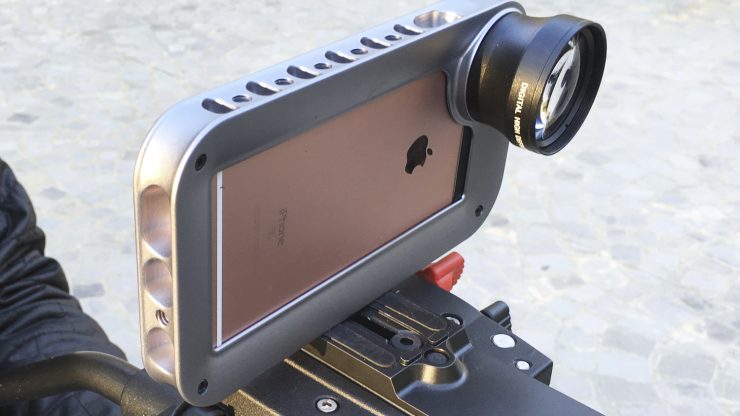 At the Mojocon conference in Dublin this week there were many new video gadgets for iPhones and iPads on show. Many were quite plasticky and didn’t look like they would stand the rigours of daily professional usage. Not so the new iPhone cage called Helium Core.

Designed by filmmaker Brandon Hoe, the Helium Core cage wraps the iPhone in an extremely solid aluminium structure that has multiple mounting points for accessories and tripods. There is ready access to all the main ports and jacks. It feels incredibly solid and should also protect your iPhone from any knocks and bumps. On the Teradek live show at Mojocon my co-host Yusuf Omar and I spoke to Brandon about the cage. (note – the clip starts at 50 seconds into the video) 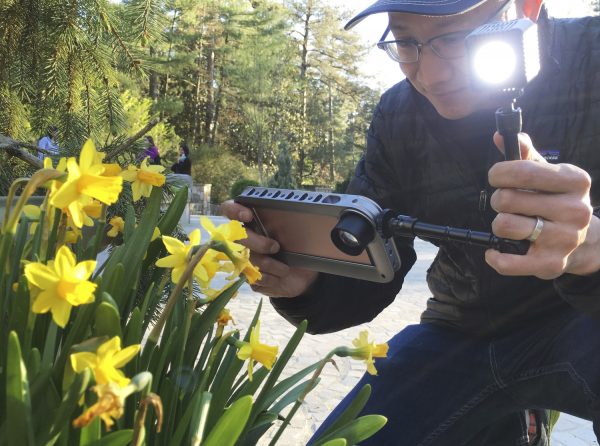 There are two versions of the case – one for the 6 and 6S, another for the 6 and 6S Plus. To put your phone in the case requires the use of tools – you aren’t going to want to slip the phone in and out of this case all the time. The downside of this is that it makes the phone pretty bulky and doesn’t easily fit in your pocket. There is no information at this stage as to how the cage might effect the phone signal. If you buy one you had better be serious about your iPhone video. 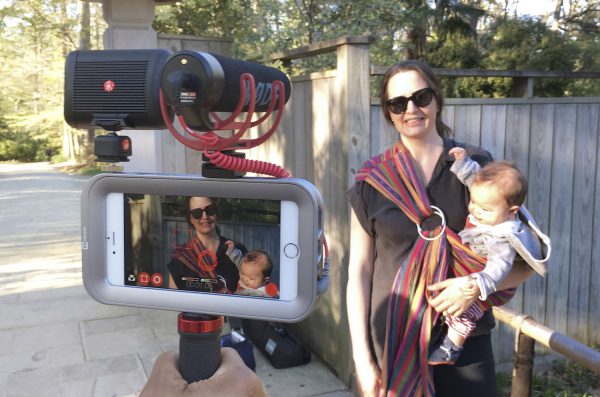 The case has a 37mm screw thread for add-on lenses, but this is the larger type used on video cameras, as well as Moment lenses, but it is not compatible with most other dedicated iPhone lenses like those from Olloclip, Schneider or Zeiss. However, Brandon did mention that an adapter might be possible for the Zeiss lenses in the future.

Of course there are many uses in production for iPhones even if you don’t shoot with them. If you use your phone as a prompter or view screen, then the Helium Core might be worth considering.

The full retail price of a Helium Core 6/6S cage is expected to be around the $155 mark. Brandon is currently running a campaign to fund the cage on Kickstarter. Early backers are offered significant discounts at this stage.

For more info go to the Helium Cine website.