The Hover Camera looks like something that Marty McFly could have used in Back To The Future. It doesn’t resemble any current quadcopter on the market today and it can be folded flat and stored in a backpack or carrying case. The Hover unfolds to reveal two panels, these panels become the wings. Each of these wings holds two propellers that are encased in metal for added stability and safety. As the propellers are incased inside the Hover you can grab it with your hand or hold it at anytime without the risk of injury from spinning blades. If a propeller does get damaged, it can be easily replaced. 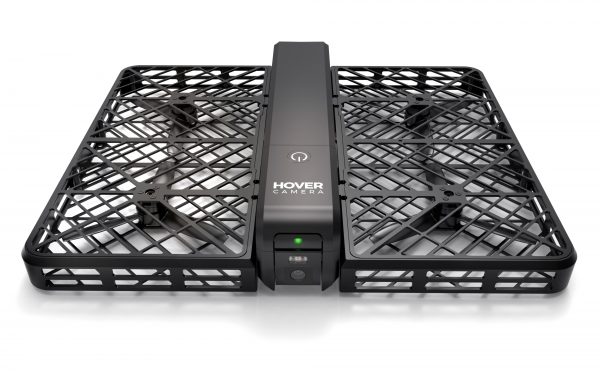 Made from carbon fiber it weighs in at just under 250g (0.55 pounds). The design also means if it has a mild crash the Hover is unlikely to be damaged. The secret to why it has been made so light, is that it is exempt from the Federal Aviation Administration’s registration requirement. The downside to making the Hover so light and compact is that it has very limited range and doesn’t feature any kind of GPS. The other limitation of the Hover is battery life. It can only stay in the air for 8 minutes. The company does plan to supply four batteries when it eventually ships. With these limitations it is clearly aimed at those who want to use it as more of a follow me selfie camera and not for professional shooters. 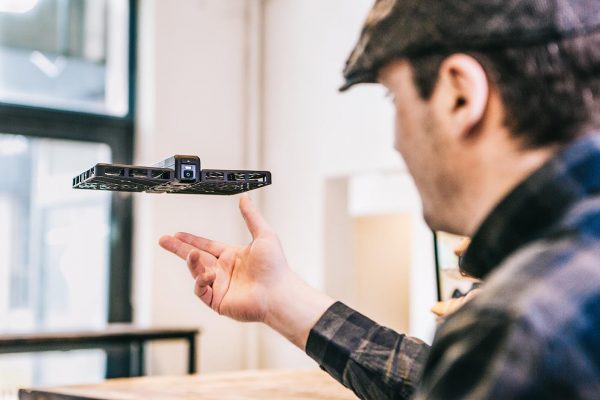 The Hover uses face-detection and other computer based technologies, as well as sonar and a ground-facing camera. The Hover doesn’t rely on human controls, which at first sounds a bit scary. It uses technology called SLAM (Simultaneous Localization and Mapping) to help it accurately track faces, people and surroundings. The great thing about the Hover is there is no learning curve at all, you just turn it on and it does the rest. The Hover’s basic controls can be changed on a smart phone. 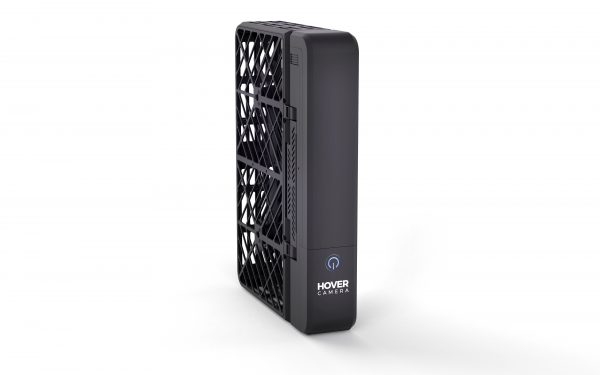 The whole system is built around a 2.3GHz quad-core Qualcomm Snapdragon 801 chipset. The onboard camera is capable of shooting 4K video at 30 frames-per-second and taking 13-megapixel photos. There is no indication of whether the camera can do 24 or 25p frame rates. The camera also uses electronic image stabilisation In addition to a single-axis gimbal to keep images steady. Just how stable the video will be from using just a single-axis gimbal remains to be seen. According to early reports the Hover is extremely noisy, which may well dissapoint anyone who is planning on using it to capture footage without it being noticed. 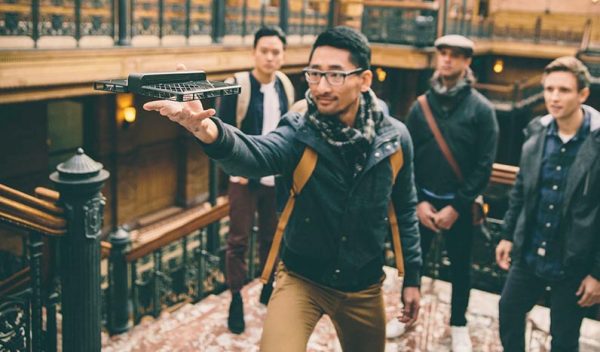 There is no indication of just when the Hover will ship, but the list price is said to be around $600US. The Hover is definitely an interesting concept and Newsshooter will be keeping an eye on it to see just how it progresses. 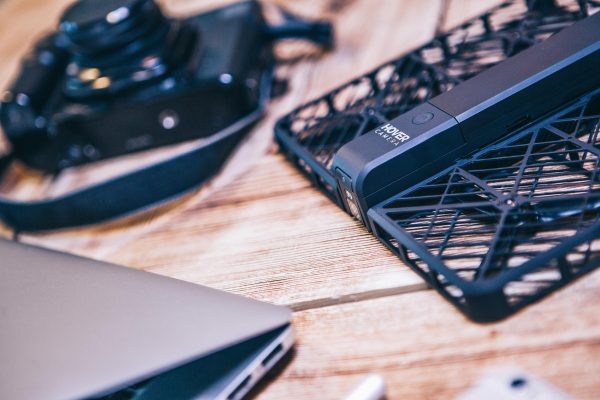