The Cinevate Grip Reacher is one of those pieces of gear you wonder why someone hasn’t thought of before. It’s not that it’s an innovative technology that will change filmmaking forever with its bells and whistles – it’s simply a small metal contraption that just works. Though it can be used for static photography, for video the Grip Reacher easily adds a handful more interesting slider shots to your current setup.

Weighing less than two pounds, the Grip Reacher can safely extend a camera rig up to seven pounds, in a variety of configurations, nearly 18 inches outside of where the camera would sit on a slider. The solid 19mm carbon rod comes attached to two slightly different bases, each able to rotate and tilt independently. After receiving the unit, it took me a while to wrap my head around how to use it in all its configurations, for overhead shots, push-ins and outs above or next to the slider, and for super low slides near the ground. Watching Cinevate’s how-to video definitely helped.

The best way to test a piece of new gear is to simply go out and use it. So I went out with my shooting partner Travis to a recreation area in Oregon, on a bright day where there wasn’t anything special happening, hoping to create a short video with more movement and slide variety than what we would normally achieve. 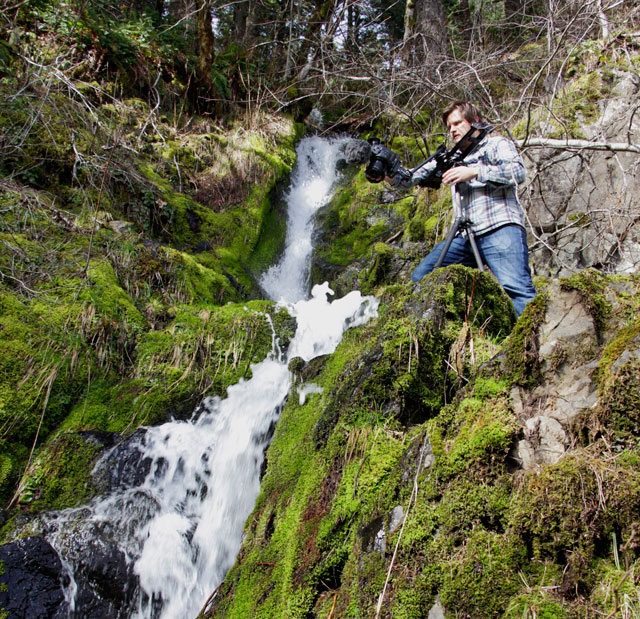 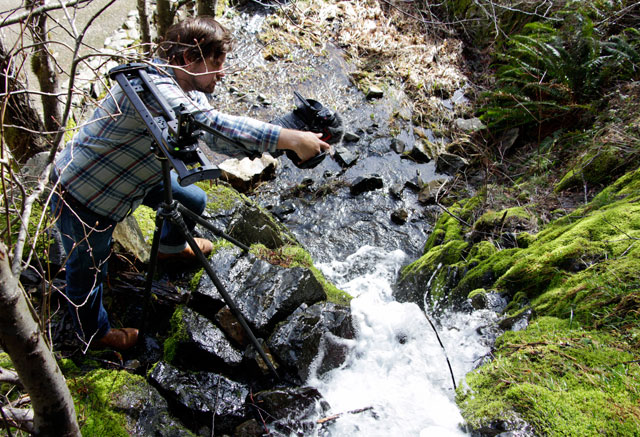 We used the Canon C100 with the 10-18mm and 18-135mm, plus the Canon XC10 for some shots, on a Smartsystem Reflex 410 slider, all on a Gitzo GT2531LVL tripod with a Varavon head. The Rode Stereo VideoMic X captured great environmental sound. Along with the Grip Reacher, the setup is less than 13 pounds without the camera, plus about 5 pounds for the C100 and Rode mic, and half that for the XC10. It’s a very light and durable setup that allowed me to climb around water and snow and quickly grab slide shots from a variety of perspectives. The Grip Reacher extended the shot variety quite a bit.

For overhead shots, the Grip Reacher allowed me to shoot at 10mm without getting the tripod legs in the way. Cinevate is known for their durable equipment, and the knobs on the Grip Reacher tighten well enough that I could confidently let go of the camera for slide shots above a waterfall. At home I tried to replicating that kind of shot with a standard articulating arm extending from the slider, but it wasn’t nearly as stable and reassuring. That said, the Grip Reacher also includes multiple safety locks on both ends of the rod, which I thought were a little overkill but perhaps nice to have for riskier shots or when you’re using someone else’s camera. 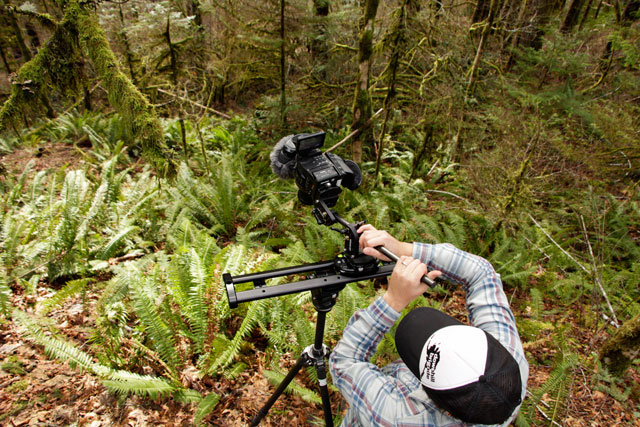 For low to the ground shots, instead of using all terrain legs on the slider, the Grip Reacher allowed me to keep the rig on the tripod and still get low enough to scrape the ground. I found the transition from high over head shots, to very low ground shots, to push-ins/outs was simple and fast. There were a few times where I still had to figure out how to rotate the Grip Reacher at both the base end and camera end, in order to get the angle I wanted, but more practice made that easier to figure out. After a bit of tinkering I realized you can manipulate either end of the Grip Reacher equally, rotating each of them around to change the direction of their 90-degree tilts for a wide variety of configurations. 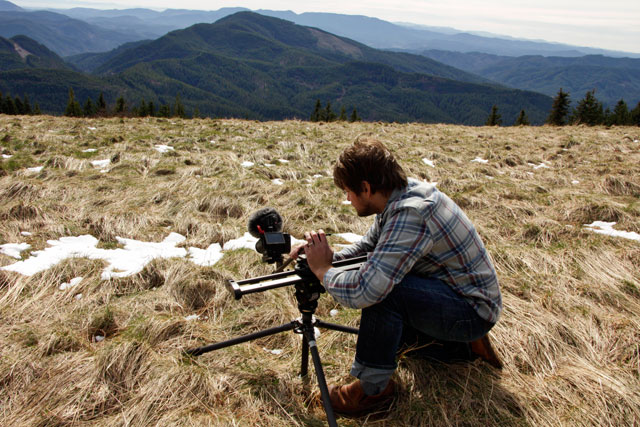 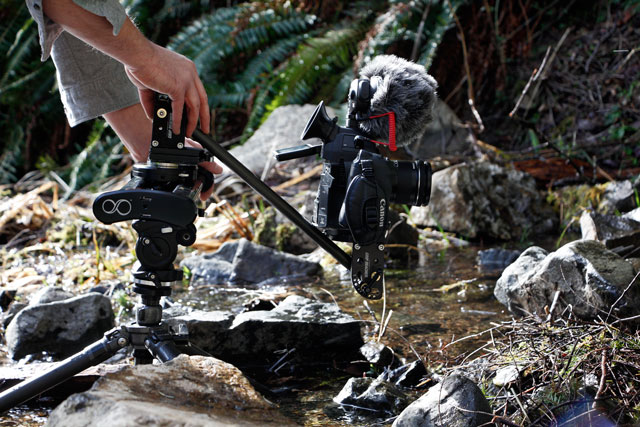 If you have an extra fluid head, you can also add that to the mix for even more shot variety. At the waterfall scene, I added a Benro S4 head to take a push-in shot while tilting up, shooting at 10mm. I could have pulled off a similar shot with just the fluid head on top of the slider, but the camera would have to be pointed quite high to avoid seeing the slider in the shot. Pulling off a smooth shot with this setup on such a small head and light tripod was a little more difficult, so your results may vary with larger and heavier setups. 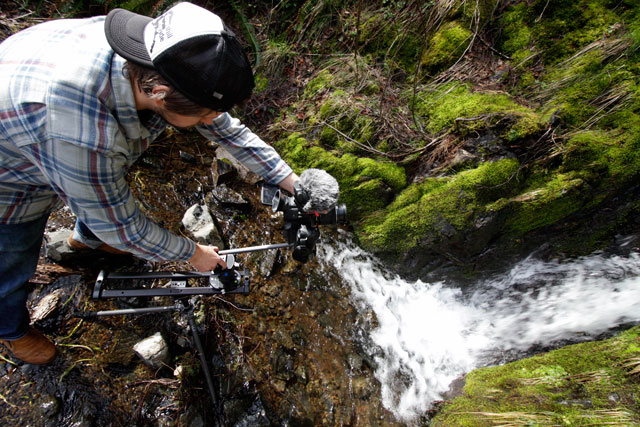 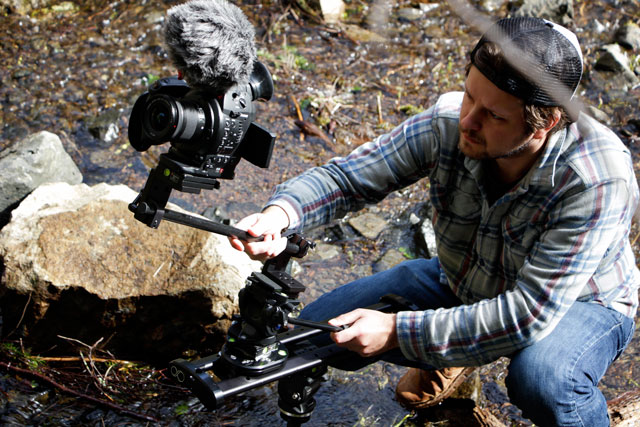 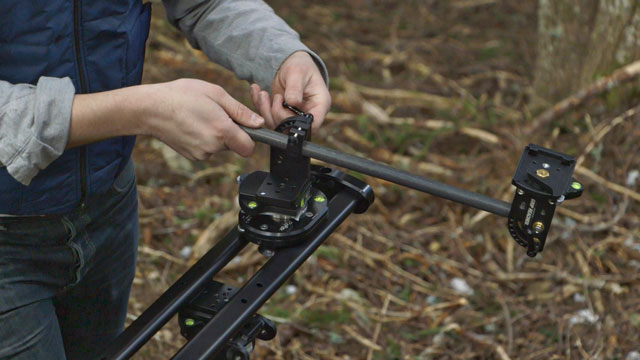 A quick release system does add another layer between your pieces of gear, so something else that could go wrong between the Grip Reacher and the camera, and between the Grip Reacher and the slider, plus the quick release between the tripod and the slider. But I think those concerns are outweighed by the flexibility and efficiency, allowing a variety of cinematic slider shots on a fast paced documentary or news shoot. Or on an afternoon wondering through an Oregon forest. 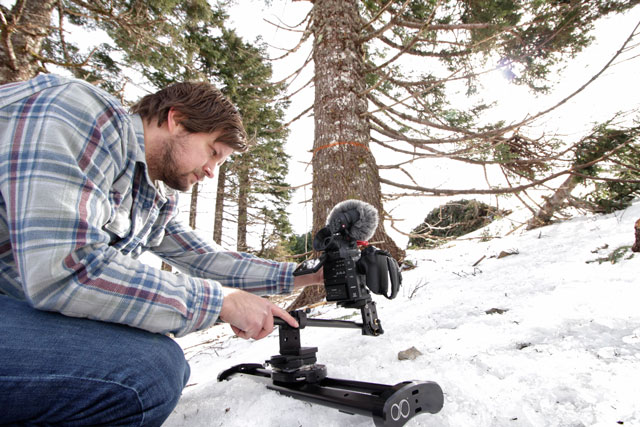 The Grip Reacher is currently on sale for an introductory price of $169 US, available at B&H Photo as well as through Cinevate’s website. Though not particularly cheap, it’s a solid addition to a rig that I think over time will seem indispensable. And although it can be used on any slider, Cinevate’s Duzi slider along with the lightweight Moda mechanical motion timelapse accessory would extend the Grip Reacher’s use even more. Cinevate offers those three items in a bundle.