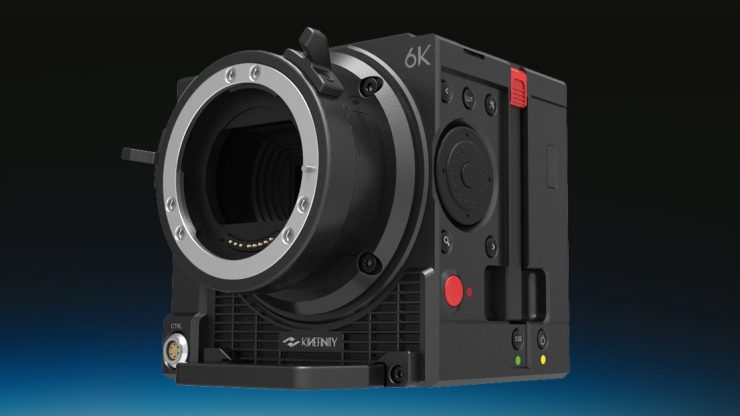 2016 is certainly shaping up to be an interesting year for more affordable new cine cameras. With the Sony FS5, Blackmagic Design URSA Mini 4.6K and RED’s Raven already shipping, it’s the turn of Chinese maker Kinefinity to show their hand. 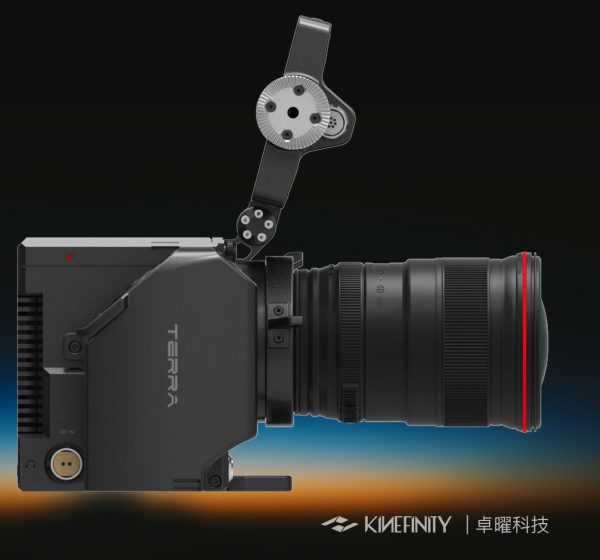 The 6K version costs slightly more (at around $5,400 US or 34,900 RMB on the Chinese mainland). It features 6K at up to 25fps, 4K at up to 100 fps and 2K at 225fps. It appears to use the same sensor as the existing 6K KineMAX model. This should give it slightly more dynamic range than the 5K model. The base sensitivity remains at 800 ISO.

Both shoot to Kinefinity’s own 2.5” SSD drives that slot neatly into the side of the camera – it isn’t clear if other makers SSDs are supported. They record Kinefinity’s own 12-bit KineRAW (.KRW) format or 10-bit Apple Prores in 422 HQ, 422, LT and proxy flavours. The addition of ProRes is highly significant and puts Kinefinity alongside the ranks of ARRI, Blackmagic Design, Panasonic, RED and AJA to include the format by default in their cameras. Alongside the announcement of the TERRA Kinefinity also took the opportunity to announce the addition of ProRes to their existing 6K KineMAX and 4K KineMINI models via free firmware upgrades. The 6K should get the option in May 2016, and the 4K KineMINI in June. This will be a welcome enhancement for existing users.

Like those on the last Kinefinity models, the lens mount is either Canon EF electronic, or the interchangeable KineMOUNT that is a sub-PL design allowing the addition of various standard mount adapters from Kinefinity like PL, Nikon or EF. Interesting the Cooke i Technology lens data system is also supported by the PL version of the mount. 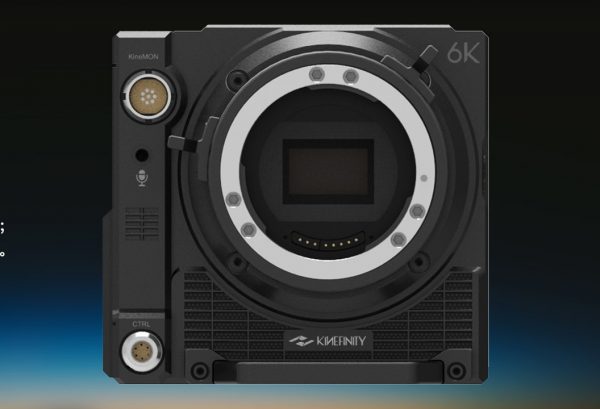 Its compact form is designed for easy handheld shooting and is very reminiscent of recent RED designs. It has an optional small 5 inch HD screen called the KineMON that comes with it and a new handgrip that powers the camera on Sony BP-U30 type batteries – the same as the FS5. The body weighs a mere 920g and is smaller and lighter than the Raven or URSA Mini, but fractionally more than the diminutive Sony FS5 (at 827.8g). There is a full sized HDMI output and a 3.5mm mic input jack on the camera too.

Of course, the quality of the images coming out of the CMOS sensor and internal processing are all important. Previous Kinefinity cameras have been capable of some very pretty imagery with good colours and reasonable dynamic range. Perhaps their achilles heel has been the obvious rolling shutter (jello) effect that can be seen on any fast moving subject. The TERRA has a global shutter mode that combats this at the expense of dynamic range.

The company claim the TERRA 5K has 15 stops of dynamic range in rolling shutter mode, dropping to 13 in global shutter. The latest KineLOG3 gamma curve is included and should allow for maximum flexibility in post. Base sensitivity of the sensor is set at 800 ISO.

At the moment all that is on show are 3D renders of the camera so it is hard to get a sense of how the camera is constructed. The body has vents for cooling on the top and sides of the camera, and I assume there are fans inside. How well these are weatherproofed is unknown.

The base camera module is very much like a DSLR in terms of connectivity, and can be used in a similar way to a 5D in video mode. It does not have XLR audio, V-lock batteries, SDI connections, DC outputs or sync connections by default. To gain these you need to add the company’s new KineBACK. This is a similar concept to RED’s modules and if you are going to use the camera in any kind of run-and-gun documentary environment then you will likely need this.

The downside is that it adds additional weight and cost, although the added functionality is great and there are some nice touches like the fact that the back has not one but two D-tap power outlets to power accessories. There are two XLR audio connections with 48V phantom power. They adopt a similarly odd positioning to the URSA Mini – pointing upwards on top of the rear of the camera. The KineBACK costs around $1100 US (6990 Chinese RMB) on its own but it more likely to be bought as part of a package which lowers the cost slightly.

It is worth noting that the TERRA does not have built-in ND filters and so you will be stuck using screw-in, or matte box mounted filters when you need them.

The KineMON display has a claimed 1000:1 contrast ratio and mounts to the front of the camera via an articulated mount. A nice touch is the ARRI style rosette on the right side of the display that allows it to be easily mounted elsewhere using the correct accessories.

The most obvious cameras to compare specifications with are the RED Raven and Scarlet-W. The headline price of the RAVEN and TERRA bodies are not very different. The REDs have slightly better 4K framerate along with proven colour science and customer support. But that’s not the whole picture. The TERRA can shoot nearly the same frame rates as the Raven but can also do ProRes 422 at up to 5K. In fact in many ways the TERRA is closer in specification to the more expensive Scarlet-W.

To get a workable RED Raven or Scarlet-W package will require several additional parts that quickly add up. The Kinefinity with its 5-inch screen and basic shooting accessories costs significantly less (not factoring in import duties and shipping). Whether these features will be enough to sway potential RED, Blackmagic or Sony customers remains to be seen.

The 6K version of the camera is due to ship first at some point in May 2016, with the 5K version expected to ship just after in June 2016. Bear in mind there will be international shipping and taxes to pay for many customers. 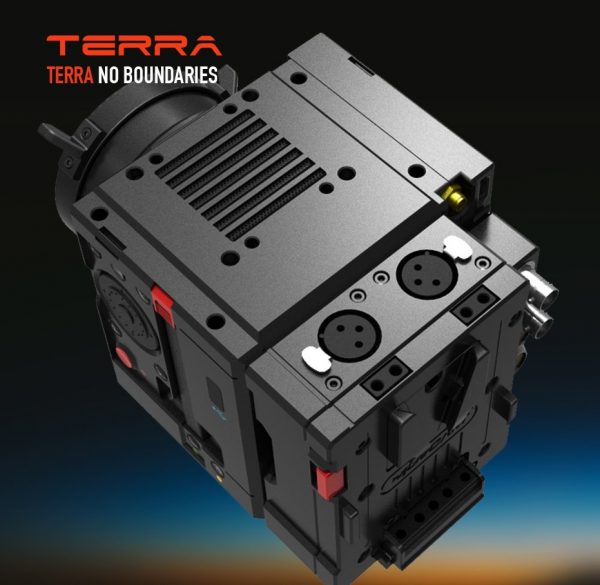 There are various ready to shoot kits also available at different prices that add batteries, the KineMON, KineMAG, wi-fi control and the KineBACK.

The cameras will be on show at NAB in Las Vegas next month and Newsshooter will be on hand to report on them.

For more info or to pre-order you can visit the Kinefinity website.