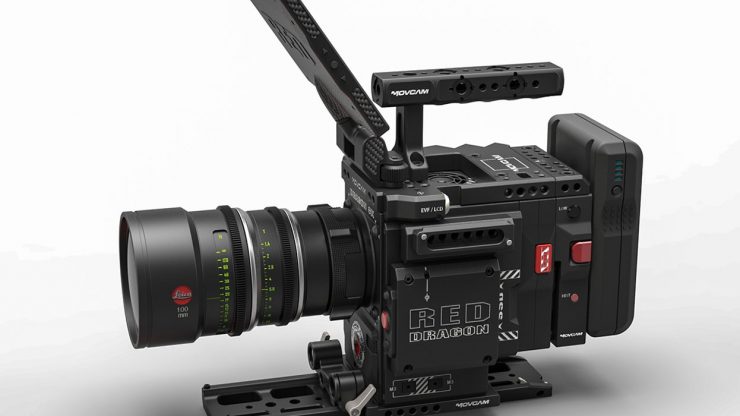 Camera rig specialists Movcam have announced a series of new accessories for the RED Weapon, Raven and Scarlet-W cameras. Providing you already have the RED DSMC² base I/O V-lock expander, the Movcam accessories are all modular and can be added together or individually.

First up is the ‘Tactical’ top-plate which attaches to the top of the camera and has a built-in Lemo adapter to allow you to use the previous versions of the RED EVF and LCD screens on the new cameras. It also adds two power outputs, two HSD-SDI outputs for monitors or transmission systems, a start-stop interface so you can add a control handle, and lots more 1/4″-20 threaded mounting points for other accessories.

Hate the way that changing batteries means you can’t shoot anything at the same time? Movcam feel that too so their V-mount hot swap adapter (also available to fit Anton Bauer Gold-mount batteries) is compatible with the new RED cameras via the rear-mounted base I/O unit. It provides up to three minutes of extra juice after you swap out a battery and also features a D-tap port.

Movcam’s universal LWS baseplate looks like an elegant solution to adding rails to the REDs: it has a set of integrated 15mm rod clamps and will fit on dovetail plates so you can easily adjust the balance of your rig. It’s also compatible with 19mm studio baseplates if that’s more your thing. 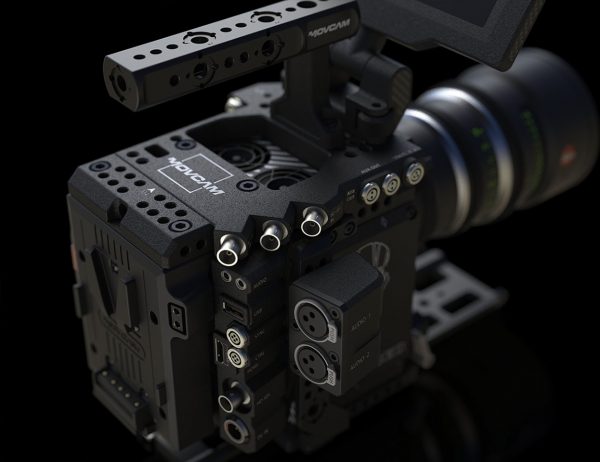 There’s also a side bracket that helps attach the top plate to the baseplate; and an adapter that adds two channels of XLR audio via a 3.5mm adapter plug.

No word on price yet, but Movcam hope to be shipping all the items above by February. So it’s not outside the realms of possibility you might have the accessories before you get your camera…