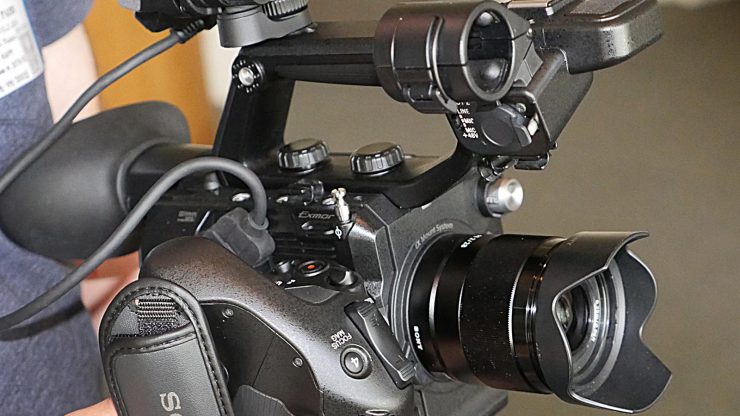 Sony have officially responded to concerns about the image quality of the FS5. Several users have reported seeing macro blocking in the internally recorded image, and odd artifacts that resemble tearing or smearing in the images at higher ISOs, or the exposure or ND is changed. Users claim these artifacts are most obvious when recording 4K video internally to the SD card, although it appears some of the issues also affect the external output and the internal HD recording as well.

In a statement Sony said: “We are aware of this perceived issue with the PXW-FS5 performance. Sony is investigating this matter as a matter of priority and will work with users to understand the specific issue they are facing. Any actual issue will then be addressed in the most appropriate manner by our engineers.”

At this time Sony are only acknowledging this as a ‘perceived issue’, but even so it is good to see them publicly acknowledging user concerns. Hopefully there will be a speedy investigation and response from the company.

It should be noted that many prominent bloggers who have shot with the camera have not complained of having the same problems. Furthermore Sony Independent Certified Expert (ICE) Alister Chapman published an article questioning why some users are expecting an artifact free image when shooting at 3200 ISO and recording internally in 8-bit?

This has prompted an extremely long chain of comments and debate which you can read if you have the time. I think Alister’s technical analysis of why the issues occur is accurate – especially the part about not shooting S-Log in super low light, although I’m not convinced that the argument that we should not expect better from the camera will go down well with news and documentary shooters who often have no choice but to shoot in very dark conditions.

I await Sony’s findings with interest.