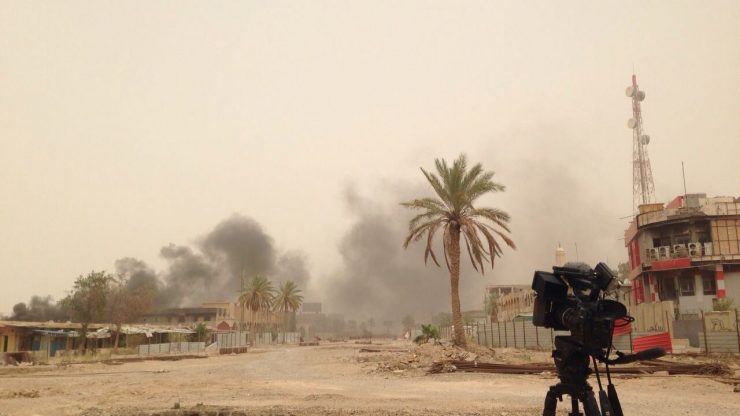 The Oscar nominations have just been announced and I thought it was important to look at this years Documentary Feature and Documentary Short categories. These are the categories that don’t often get a lot of recognition, but they represent the type of work that a lot of the readers of Newsshooter do.

Amy
British singer Amy Winehouse, a six-time Grammy® winner who died at the age of 27 in 2011 from the cumulative effects of substance abuse, had a turbulent life after her powerful singing voice was discovered and she was propelled to fame. Her strong personality, complicated marriage to Blake Fielder-Civil and love-hate relationship with the press are reflected in her music. These are the first Academy Award nominations for Asif Kapadia and James Gay-Rees.

What Happened, Miss Simone?
A documentary about the life and legend Nina Simone, an American singer, pianist, and civil rights activist labeled the “High Priestess of Soul.

A Girl in the River: The Price of Forgiveness
Every year, more than 1,000 girls and women are the victims of religiously motivated honor killings in Pakistan, especially in rural areas. Eighteen-year-old Saba, who fell in love and eloped, was targeted by her father and uncle but survived to tell her story. This is the second Academy Award nomination for Sharmeen Obaid-Chinoy. She won a Oscar in 2011 in the Documentary Short Subject category for Saving Face.

Body Team 12
Body Team 12 is a 2015 American short-documentary film about the Red Cross workers of Liberia who collected dead bodies during the height of the Ebola outbreak in West Africa.

Lasy Day of Freedom
Last Day of Freedom, a richly animated personal narrative, tells the story of Bill’s decision to stand by his brother in the face of war, crime and capital punishment. The film is a portrait of a man at the nexus of the most pressing social issues of our day – veterans’ care, mental health access and criminal justice.

The 2016 Oscar Awards will take place on February 28th.