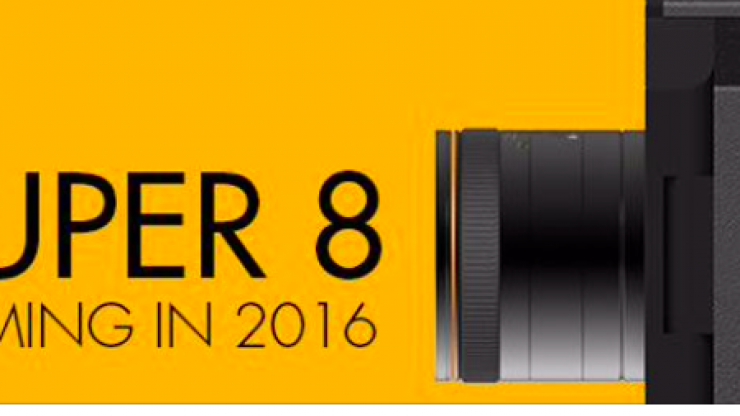 It is 50 years since Kodak started manufacturing Super 8 film, and today they have launched an initiative aimed at putting Super 8 cameras into the hands of a new generation of filmmakers as well as meeting the needs of top directors, indie filmmakers and others who appreciate the art and craft of filmmaking. 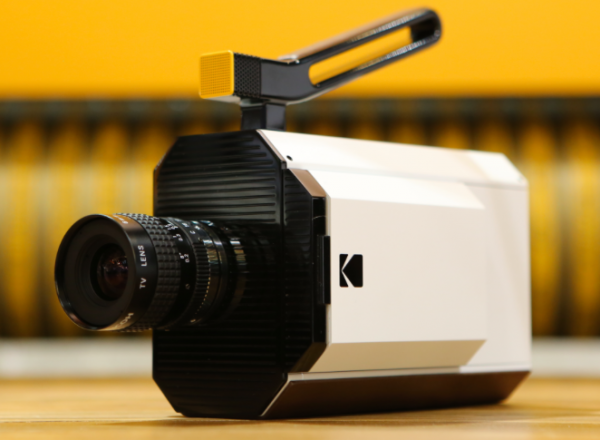 At CES in Las Vegas, Kodak has kicked off its Super 8 Revival Initiative with a display of an early prototype of a new Super 8 camera that combines the classic features of a Super 8 with digital functionality. If you’re looking for 4K resolution then this isn’t the camera for you. The resolution limits for Super 8 are really determined by the lens and aperture used, as well as the the size and distribution of the silver particles or dye clouds. New filmstocks from Kodak for Super 8 have a very fine grain, which results in less noise than older stocks. 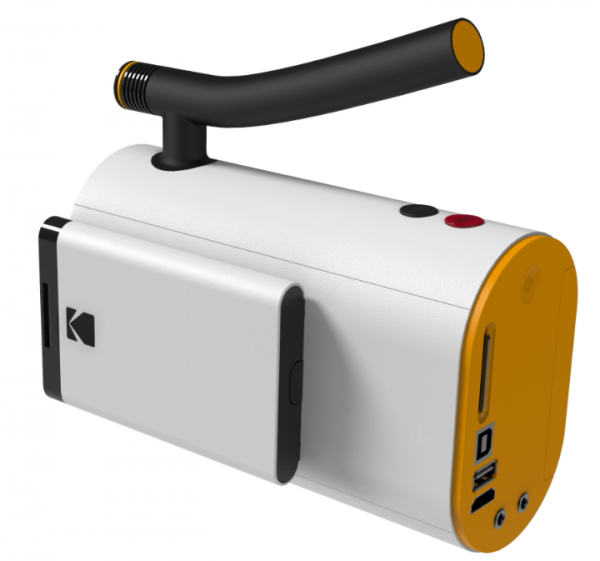 For the design of the new camera, Kodak was heavily advised and coached by leading filmmakers while also drawing inspiration from Kodak’s past. The company brought together some the world’s best mechanical fabricators and teamed up with industrial designer Yves Behar and his team at FuseProject in San Francisco. The result of this collaboration is the first in the next generation of film cameras for a new generation of creators. 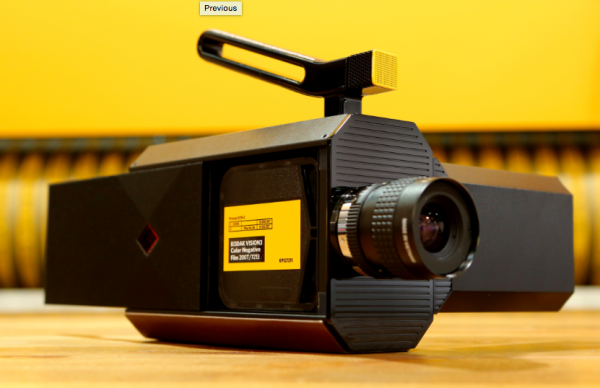 The Super 8 camera comes with a C-mount Fixed 6mm, 1:1.2 Ricoh lens with full manual iris and focus control, but an optional 6-48mm zoom lens will also be available. It will take 50ft Kodak Super 8 cartritges and can shoot in frame rates of 9, 12, 18, 24, 25 frames per second, all with crystal sync. It has an integrated battery, 3.5″ viewfinder as well as a built in light meter. When used at 24fps the 50ft film cartridges will give you around 2 minutes and 30 seconds of record time. 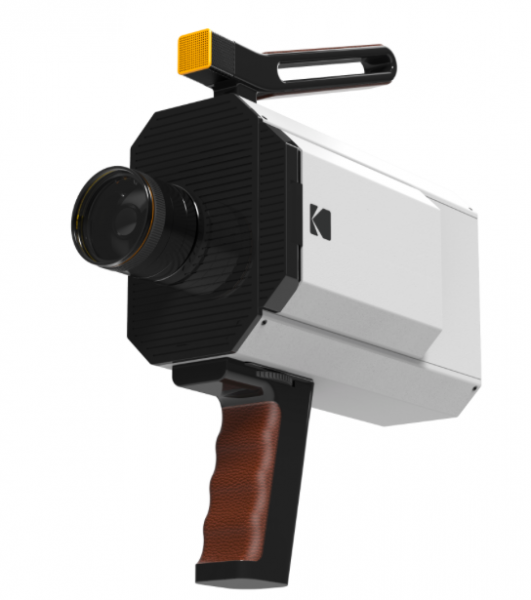 The camera certainly has a cool retro look and the design is sure to please film purists. The new Super 8 offering will feature leather accents that have been designed into the top handle and pistol grip for comfort. Each camera will be made of machined metal finished in ‘midnight black’ and ‘bone china.’

Kodak claims that the new camera makes shooting analogue easy. When you purchase film you will be buying the film, processing and digital transfer. The lab will send you your developed film back and email you a password to retrieve digital scans from the cloud so you can edit and share in any way you choose. Just how the finished product will look will have a lot to do with how Kodak processes the film. The processing technology has come a long way in the last 50 years and I would imagine that Kodak has had to come up with the best balance between cost and processing quality to be able to make the Super 8 camera financially feasible. The cost of buying and getting your Super 8mm film cartridge processed is expected to be between $50 to $75 US. 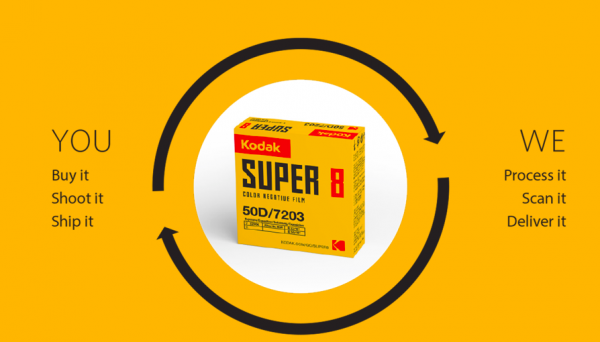 Film has generated huge buzz in Hollywood recently as the chosen medium for award-winning movie directors and blockbuster movies, such as Quentin Tarantino’s The Hateful Eight and the new Star Wars movie The Force Awakens. Now the Kodak Super 8 Revival Initiative is being applauded by the industry’s top directors, many of whom got their start on Super 8 film. 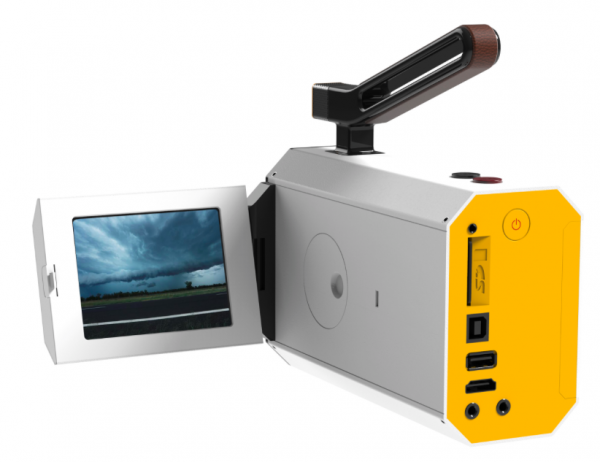 At seven years old, director and producer Christopher Nolan began making short movies with his father’s Super 8 camera. “The news that Kodak is enabling the next generation of filmmakers with access to an upgraded and enhanced version of the same analog technology that first made me fall in love with cinematic storytelling is unbelievably exciting,” said Nolan.

“For me, 8mm was the beginning of everything,” said Academy Award-winning director Steven Spielberg. “When I think of 8mm, I think of the movies.”

“While any technology that allows for visual storytelling must be embraced, nothing beats film,” said JJ Abrams, writer and director of Star Wars: The Force Awakens. “The fact that Kodak is building a brand new Super 8 camera is a dream come true. With a gorgeous new design, interchangeable lenses and a brilliant scheme for development and delivery of footage, this camera appears to be the perfect bridge between the efficiency of the digital world and the warmth and quality of analog.” 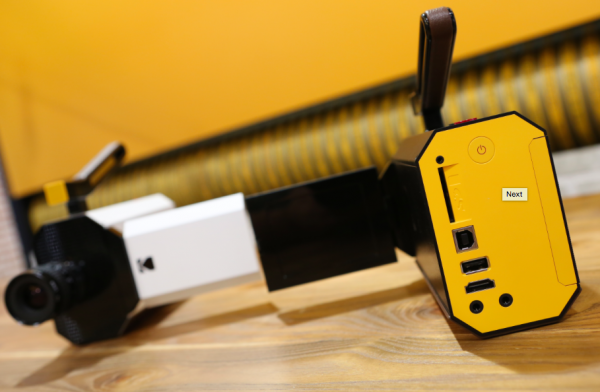 By launching its first Super 8 camera product in more than 30 years, Kodak is demonstrating its resolve to ensure that film plays an important role in the future of filmmakers – both professionals and amateurs. This product, like many in Kodak’s history, will be a tool for artists and all those who aim to capture special moments. 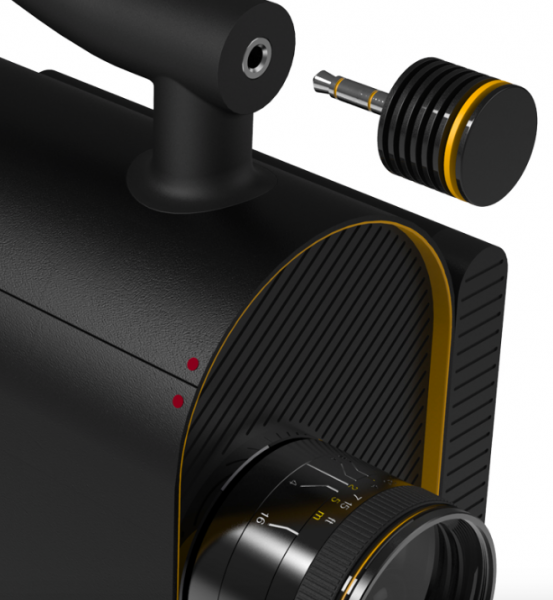 Just how the camera will go down with the younger generation will be interesting to see. In an ever growing 4K world, the concept of going back to a SD type of resolution may be a hard pill to swallow for a lot of end users. With a 50′ Super 8 film reel only giving you a few minutes of record time in 24p, it certainly isn’t a camera for experimentation. While the entry price of buying the camera looks to be very affordable, the cost of buying the film, and the inconvenience of having to wait to get your material processed, makes it a product that certainly isn’t for the masses. It does however fill a niche in the market and there will definitely be film aficionados lining up to buy one. The camera should be available in the fall of 2016 and is expected to cost less than $750 US.

VIEWFINDER
3.5″ DISPLAY THAT HAS A STANDARD DEFINITION VIDEO INPUT AND SUPPORTS SWIVEL +/- 45 DEGREES