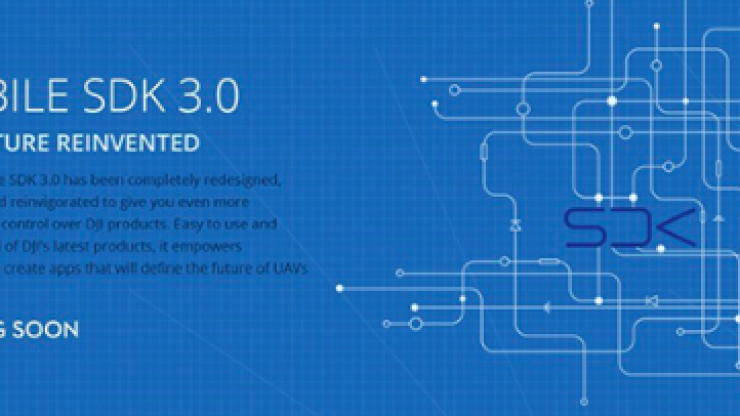 At this years Developer Challenge, DJI has announced a new version of their software development kit that will hopefully create a more robust application ecosystem for drones.

The DJI Developer Challenge, is now in its third year and the new Mobile SDK 3.0 will allow developers to build their applications based on DJI’s SDK suite including the new and redesigned Mobile SDK 3.0, Onboard SDK and Guidance SDK. 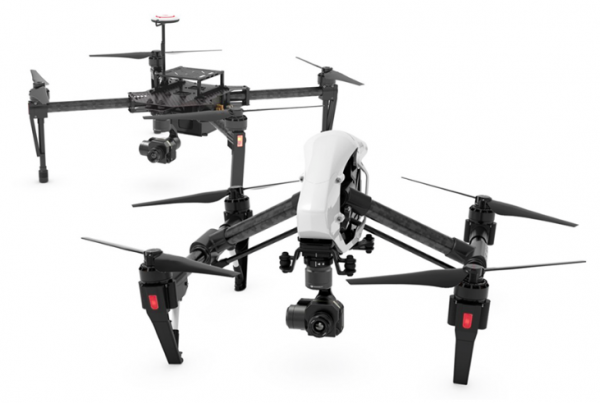 We have already seen DJI partner up with FLIR Systems to develop aerial thermal-imaging technology, as well as a crop dusting drone for farmers. This is just another step into the rapid expansion of drone use across a wide range of industries and applications.

It will be interesting to see what developers can come up with to enhance the use of DJI’s drones for film making applications.

DJI SDK 3.0 Suite:
In conjunction with the 2016 Developer Challenge, DJI has released a new software development kit for both iOS and Android. After listening to feedback from SDK users and partners, DJI engineers have re-written and simplified the SDK architecture from the ground up. The Mobile SDK 3.0 brings powerful new features and a more user-friendly interface that will enable developers to streamline and speed up the development process. It will support DJI’s latest aerial platforms, including the Phantom 3 series, Inspire 1 Pro, Matrice 100, as well as the Zenmuse X3, X5 cameras and the Osmo.

The new mobile SDK provides more control over the drone’s onboard systems, including the camera, gimbal, flight status system, intelligent flight missions and flight control data. That means more flexibility and possibilities for developers. Other new features include:

-Removal of Developer Levels: one-time application process where all developers get full access to the SDK suite and unlimited installation quota

-Bridge App and Remote Logger functionalities for iOS: application development tools that allow debugging, profiling and logging of the application in lab and field environments.

“Various industries are starting to realize how capable and powerful unmanned aerial vehicles can be,” said Robert Schlub, Vice President of Research and Development at DJI. “As usage cases arise, there will be a growing need for applications. With our developer challenge and new SDK, DJI is doing its utmost to foster an environment that’s conducive to development and creation of those applications.”

2016 DJI Developer Challenge:
DJI is collaborating with Ford Motor Co. (NYSE Symbol F) and the United Nations Development Program (UNPD) on this year’s developer challenge. Disaster relief has benefited from recent developments in aerial technology and there is an increasing use of drones by emergency response units, NGOs and the government sector around the world. Dearborn, Michigan-based Ford has been at the forefront of turning its vehicles into smart, connected platforms.

This year, DJI’s challenge to developers is centered around a theoretical search-and-rescue mission. Participants will be tasked with building an application that enables a drone to autonomously take off from a moving vehicle, collect data on the whereabouts of survivors and transmit the information from the disaster site back to the vehicle, then land autonomously on the same moving vehicle.

Fifteen teams will be shortlisted into the challenge’s second round. They will be provided with DJI’s flagship SDK aerial platform, the Matrice 100, as well as a Zenmuse X3 camera to mount on the Matrice. The teams will provide progress reports leading up to the final competition. Ten teams will advance into the final round, where they will use their app to perform the mock search-and-rescue mission, taking off and landing on a moving Ford F-150 pickup truck and transmitting the data collected.

The competition features a US$100,000 prize to the winning team and is open to students and developers around the world.

The winner of last year’s challenge was UT-Dronefly from the University of Texas at Dallas and Penn State University. Their app was designed to conduct powerline inspection in a safer and more-efficient way. In 2014, the first year of the DJI Developer Challenge, Team BetterW from the South China University of Technology developed a forensics app specifically designed for highway accident investigations.

For more info about the 2016 DJI Developer Challenge, visit http://developer.dji.com/challenge2016