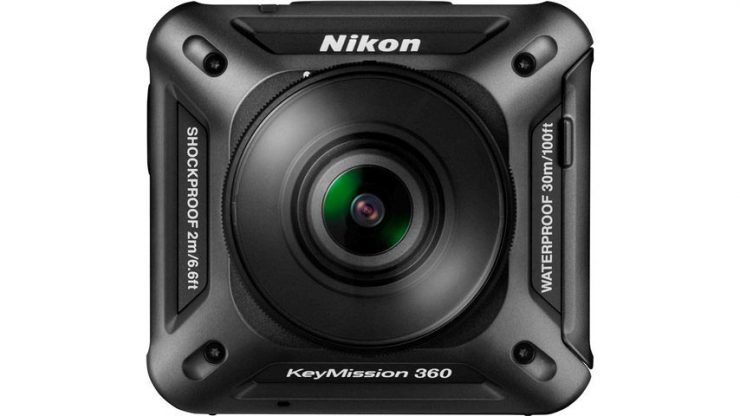 Nikon’s press conference at CES this year had one widely expected announcement and one curveball that sees the company enter a new (and rather competitive) market: action cameras.

First though there’s good news for anyone who’s stuck by their Nikons over the past few years rather than being tempted to swap systems: the latest flagship Nikon DSLR, the D5, has been announced at this year’s Consumer Electronics Show in Las Vegas.

Together with bumps to resolution and low light sensitivity the camera now records 4K video. Although the rear screen is also now touch sensitive (even while wearing gloves) there aren’t any big changes to form factor so the improved video capability is probably still going to be a nice-to-have extra rather than a compelling reason to go out and buy a D5.

Having 4K in the body will make it much more useful as an occasional, handheld video camera though – if only because the extra resolution will make the footage easier to stabilise in post. It appears though that its 4K recording times are limited to 3 minutes and if you need longer you will need to revert to HD.

On the plus side it can output via HDMI simultaneously while recording to internal memory card. There is a flip up screen that angles a bit like the one on the Sony a7 range. It is also possible to generate 4K UHD time-lapse movies within the camera. Another interesting option in HD shooting is the D500’s electronic Vibration Reduction function which reduces the effects of camera shake in the horizontal, vertical and rotational directions during hand-held movie recording.

More surprisingly Nikon also announced its first action camera, the KeyMission 360. It looks like a GoPro-sized actioncam but records a 4K UHD, 360 degree image. It’s waterproof to 100ft (30m) and shockproof to 6.6ft (2m) and is designed to make shooting immersive VR as simple as possible: no big rigs, just one small camera that looks like it’s small enough to mount anywhere you’d put a single GoPro.

The footage above looks pretty impressive – there’s a big dead zone on the south pole of the image but the rolling shutter seems reasonably controlled and shows that frankly the pace at which the tech for VR acquisition is developing is pretty extraordinary. Now the big tech companies just need to get us all to fork out for VR headsets alongside our new 4K TVs… The KeyMission 360 is expected to ship in early 2016 – no price available just yet.