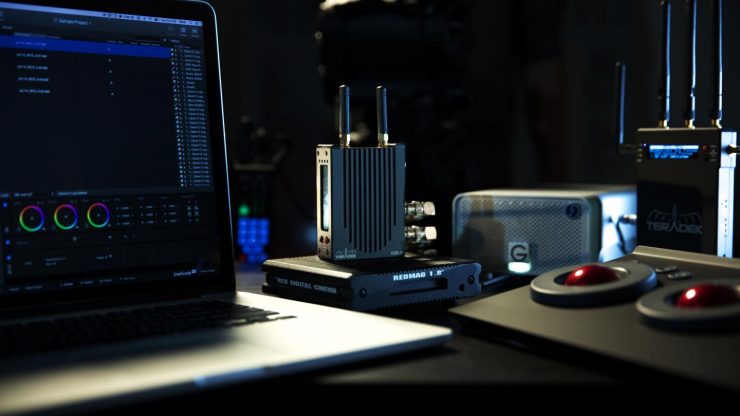 We first saw Teradek’s Colr system at IBC this year and were curious as to how it might be used in the wild. It’s a specialist piece of kit at the moment, most likely to be encountered on a big film set, but it looks like the sort of tech that could be useful in reality shooting too – any time where it’s important to be able to control colours and match looks across different cameras.

Someone who’s in a position to know how the system performs in the real world is Ryan Kunkleman. His credit list is, well, pretty impressive and as a Digital Imaging Technician (DIT) he’s responsible for the quality and safety of the images coming off the cameras of some pretty serious Hollywood productions. We caught up with Ryan over email during a break in his filming schedule to discuss his work and how he’s been using Teradek’s new box in his workflow.

“My first job on a major motion picture – Feast of Love – was as the Director of Photography’s assistant/Camera PA. The job was shooting on 35mm film and I was responsible for taking digital stills, color correcting them to the DPs liking and sending them off to the dailies colorist so they could match the footage to the still that I sent. It’s pretty funny that I basically do the same thing now but with the live footage from the camera.”

Part technician, part artist, the role of DIT on a movie set is a relatively new one but it’s become a job that’s central to the Director of Photography being able to feel confident what they’re seeing onscreen is what’s being recorded. And for Producers to feel reassured that the shots they’re paying for are going to make it into post.

“I am constantly explaining to people what my job is,” says Ryan. “People will call me the loader or the video guy or the VTR guy. My simple answer is ‘I’m the guy with all the fancy gear that makes sure that the movie is safe.'”

Adding the Colr system to Ryan’s roster of fancy gear has been something of a revelation.

“It’s given me more control and more flexibility. Other than the wireless CDL (Color Decision List) capabilities the fact that I can control camera settings wirelessly is amazing. When my Red camera footage comes to me it is already graded for dailies, no saving CDLs and applying them in software-based grading suites. Obviously small adjustments are made to make sure the footage all matches but the broad strokes are already there. It’s also allowed me to get rid of a lot of cables. There are sets where I have to run two or three cables from my cart back to camera or the AC or a Director’s monitor, with the Colr I can park a box on the camera and daisychain monitors together saving a lot of time and headaches.”

And having tried it out, he’s not going back.