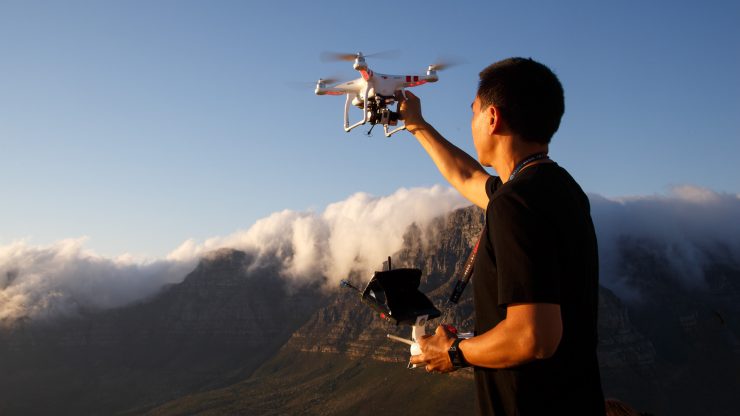 The US has finally unveiled its mandatory registration scheme for drones. So how will it affect users? We asked Eric Cheng, former director of aerial imaging at DJI, to make sense of it all.

As he notes, the plans announced today cover hobbyists. But that doesn’t mean those in the industry can afford to ignore it. For one thing, it’s part of the general trend towards increasing regulation of the machines. For another, if these controls have a significant effect on manufacturers, it will affect what’s available to most of us.

Can you see the scheme – which requires the registration of drones weighing between 250g and 25kg for a $5 fee – affecting commercial users and journalists?

The current version of DOT / FAA’s drone registration scheme applies to hobbyists only. Commercial use (including journalism) still falls under paper registrations and the requirement of a Section 333 exemption. Commercial registration of drones goes into effect on March 31st, 2016, and will require a fee for every drone (as opposed to a fee per individual, per hobby registration).

Will the drone industry react well to this? And will this make the skies safer?

The idea of drone registration is controversial, but many folks in the industry aren’t opposed to the idea. We all want to accomplish the stated goals—namely, to improve safety. The new registration scheme, as described, does create a roundabout accountability trail that solves for the lost (and found) drone situation, but it doesn’t help in some notably-problematic scenarios. Specifically, a tiny registration number affixed to a small drone doesn’t help identification from a distance (an actual scenario specified in the DOT’s first press briefing about registration), and is also unlikely to help if a drone is obliterated after being sucked into an airplane engine.

Still, I do believe that registration will change drone owner behavior, assuming a particular user finds out somehow that she is supposed to register her drone. If a drone is clearly labeled with identifying information, an owner is less likely to take risks that might result in the loss of a drone leading to identifying its pilot, especially over someone else’s property (or sensitive public property). Whether this small benefit is enough for the DOT/FAA to actually have gone to the trouble of enacting a new policy, especially with dubious claims to having the legal authority to do so, remains to be seen.

How smooth is the roll-out likely to be?

The registration scheme’s aggressive timeline, US-citizen only website, and payment requirement is likely to cause it to fail when it launches. Government entities have proven that they cannot build websites in years-long timelines, and trying to do it in weeks seems like a stretch. What happens when a few hundred thousand people try to pay for their registrations on December 21st? My bet is that the website will go down (I hope I’m wrong). The site will also only support US citizens when it launches. Non-US citizens will have to go through some other (presumably more time intensive) registration process, leaving us wondering what will happen when a family visits on holiday from another country and brings along their 12-year old boy’s 251-gram toy helicopter.

Eric Cheng is a photographer, technologist and drone expert. He was formerly Director of Aerial Imaging at DJI, the world’s largest drone manufacturer. Eric’s latest book, Aerial Photography and Videography Using Drones helps to educate beginners about how to get into the air with a flying camera.