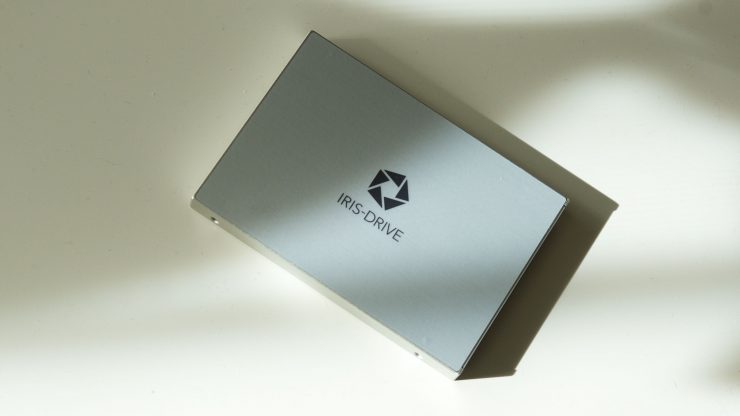 SSD technology has come a long way in recent times. Able to read and write data very quickly, they have become crucial for capturing high bitrate, high resolution video to external recorders. The speed has always been there but it has taken a while for capacity to catch up. It wasn’t that long ago that SSD drives were limited to capacities of under 500GB, but this year we have seen several manufacturers really pushing the envelope. One of those is a Japanese company called Fixstars. Back in May they unveiled the SSD-6000M, a 2.5″ SSD drive that packs 6TB of flash into a case that’s only 9.5-mm thick. When first launched it was the world’s highest-capacity 2.5″ SSD, but competition is so fierce in the SSD space at the moment, it wasn’t long until Samsung knocked it off its perch with a monster 16TB drive! 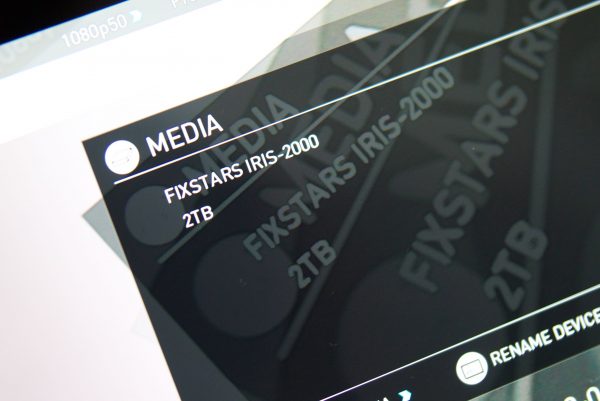 These mega capacity drives are ridiculously expensive and the average consumer will not be able to afford drives of this capacity for several more years until the prices start to come down. I have however been testing one of Fixstars’ 2TB 2.5″ SSD drives to record 4K video to the Atomos Shogun. The drive is called the Iris-Drive and can record up to 5 hours and 37 minutes of full 4K 25p material in ProRes HQ. This saves the need for having to carry around multiple drives or having to continually offload material to a computer. However this convenience comes at a price – using a high capacity drive can be risky unless it is very reliable. Having all your data on one SSD means there is no room for failure or data corruption.

Most people make the mistake of choosing drives solely on speed and capacity, often meaning that reliability gets overlooked. In the world of video capture, some scenes are truly once-in-a-lifetime and once captured the footage can’t be replaced. That data is quite literally priceless. Even when considering scenes shot in a studio, lost data is a massive drain on time and resources. In professional environments, losing data is simply unacceptable.

The reason some drives are more expensive than others isn’t because they are faster or look better on a specs sheet, it’s because they are made to be super reliable. Fixstars’ clients include companies such as Boeing and Chicago’s Argonne National Laboratory. Most companies that are storing very important data are not using commercially available drives. The Fixstar 2TB Iris-Drive bridges the gap between commercial and consumer SSD technology. The drive has also been certified by Atomos for 4K recording on their Shogun and Assassin. 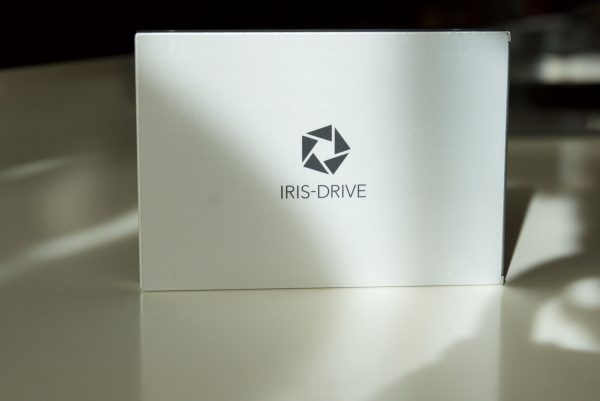 Technology to Prevent Data Loss:
From consumer to enterprise level, all Solid State Drives (SSD) use some technology to prevent data loss. Right now, ECC (Error-Correcting Code) is the most well-known method. ECC has the ability to reproduce data if some of it is corrupted or lost. Although ECC helps, the size and distribution of data that it can recover is rather limited. For example, if the ECC in your SSD has a 32 bit length of error collected for a 512 Byte (=4096 bit) data, that means the SSD can only fix one error per 128 bits (4096/32=128). Though this number sounds small, it is normally enough to cover the electronic leaks inherent in all SSDs which are typically the main offenders. The main problem arises when an entire NAND chip fails – ECC does not provide enough to recover from something of that magnitude. Another point that should be made clear: ECC can only reproduce the data if it was distributed in a different physical memory area. This means if data loss occurs within the same physical area, ECC is useless.

ECC alone is not enough to be considered truly reliable. Fixstars have added some more preventative technology: RAID (Redundant Array of Independent Disks). RAID is a staple of storage technology in improving both speed and reliability by utilizing two or more disks in an array. For example, if you have two disks set up in a mirroring formation (known as RAID 1), you copy all of the same data across the two devices. Using this method, if one drive fails, all of your data is still safe in the mirrored drive, improving reliability 100%. There are many different variations of this basic idea, such as RAID 5, which actually utilizes three or more drives. This configuration prevents data loss when one of two drives suffers failure.

Implementation of a RAID dramatically improves the reliability of data storage and is commonly used in workstations and servers. Though there is great benefit to using a RAID, it needs at least two drives and sometimes a special RAID card and/or enclosure. RAID is usually not available for portable devices for field shooting.

Fixstars’ Iris-Drive has an internal in order to prevent a much wider range of data loss than is generally the case. For a regualar SSD, the NAND controller slices the data into small chunks and sends these chunks simultaneously over multiple channels, utilizing parallelization similar to RAID 0. This technique contributes to the improvement of I/O performance but results in lower reliability within the SSD. When a NAND chip fails, the data it stores is not recoverable by any means, not even through ECC. For the Iris-Drive, the controller uses these channels in RAID 5 mode. That means that the RAID 5 configuration is used without any additional drives within the Iris-Drive.

All this technology is designed to offer the highest amount of reliability and data recovery possible. SSD reliability in general has improved a lot in recent times, but I have had instances of drives failing and the vision wasn’t able to be recovered. If you’re working in an environment where clients are paying you a lot of money you can’t just simply say “Sorry our drive failed and we lost everything.” You should always record internally and externally if you can, but the whole point of recording externally is because you wanted to capture higher quality material in the first place.

For me data protection and reliabilty are key whenever I shoot. Media like SxS and P2 cards are expensive for a reason, because they offer high reliability. So if I am going to use an external recorder I want the media I am using to be just as reliable.

I wanted to test both the actual speed and the claimed read and write speeds of the Iris-Drive as well as put it through some real world scenarios where recordings were interrupted unexpectedly. We have all been in situations where a cable has been knocked out or the recorder has lost power and the recording was stopped. Making sure that last clip is unaffected and all the vision up to that last frame is there is critical.

Read/Write Speed Test:
The last generation SSDs have an unresolvable weak point for long term usage: the longer they are used, the slower the read/write speed becomes. It is nearly impossible to maintain the performance as described on the device spec sheet. Fixstars claim the Iris-Drive will maintain consistent high-performance even long-term. According to Fixstars the Iris-Drive has a sustained sequential performance of 230MB/s (READ) and 140MB/s (WRITE). As you can see from the above test the drive easily exceeded those claims. 106MB/s is the minimum requirement for a drive’s write speed to record ProRes HQ 4K video at 24 fps. Just as a comparison I tested a Sandisk Extreme II 480GB SSD which is listed by the manufacturer of having a sustained sequential performance of 540 MB/s (READ) and 460 MB/s (WRITE). You can see the actual figures I got below.

Important note about Solid State Disk speeds:
Some models of SSD cannot save video data at the speed indicated by the manufacturer because the disk uses hidden data compression to reach these higher write speeds. This data compression technique can only save data at the manufacturer’s claimed speed when storing very simple files under test conditions. Video data includes video noise, and more random pixel data which does not compress much, so the true speed of the disk is exposed.

Some SSDs can have up to 50% lower write speed than the manufacturer’s claimed speed, so even though the disk specifications claim an SSD is fast enough to handle video, in reality the disk is not fast enough for real time data capture. Hidden data compression mostly affects capture and often these disks can still be used for real time playback.

Reliability and Data Recovery:
It is obviously impossible for me to test long term reliability of a drive when I only have access to it for a short period of time, but I did test real world scenarios where data could be lost during recordings. I deliberately pulled out cables and shut down the Shogun while it was recording to see how the Fixstars drive would perform. No matter what I seemed to do I couldn’t fault the drive. The recordings were all there up until the very last frame where the signal or power was lost. Even when I pulled out the HDMI cable and put it back in very quickly the recording restarted instantly as soon as the connection was re established.

Conclusion:
The Fixstars Iris-Drive certainly packs a lot of reliability and storage capacity into a small 2.5″ SSD. I could not fault the drive in any way, although as I mentioned earlier I have no way of testing long term performance and reliability. If you’re recording externally and long term viability and reliability are paramount to you then it certainly does seem to be a drive worth considering. On the down side this level of reliability and capacity for a high end server grade SSD does not come cheap. The 2TB Iris-Drive will set you back $2,236.45 US. At first look this does seem to very expensive but other similar drives such as the SanDisk 2TB Optimus Eco 6Gb/s SAS 2.5″ SSD retail for around $1750 US. At the other end of the spectrum the Samsung 850 PRO 2 TB 2.5-Inch SATA III Internal SSD can be bought for around $870 US but you won’t be getting a server grade drive for that price. Companies like Convergent Design sell their own server grade SSD media in 256GB, 512GB and 1TB capacities as they claim most off-the-shelf media can act unpredictably and is difficult to certify. Convergent Design charge $795 US for their own 1TB SSD.

While the Iris-Drive may be out of a lot of peoples’ budgets it is worth considering as a long-term investment. The cost of buying multiple cheaper drives and having to replace them as they fail or their performance starts to slow down could well add up over time. It really does come down to how valuable and important the footage you are capturing is to you.