UK based shooter Daniel Peters is one of the lucky few to have received a Blackmagic URSA Mini 4K production model. He’s been a user of the original URSA, as well as RED and DSLRs. Newsshooter also received a production URSA Mini 4K for testing and I thought it would be a good idea compare notes with him.

In the audio interview above we discuss the following:

The URSA Mini 4K version is extremely competitively priced at $2995 US for the body and grip. The EVF and shoulderpad/handle set are optional extras but you can shoot without these just using the built-in display if your budget won’t stretch. Out of the box you need CFast 2.0 cards, a V-lock battery system and a lens before you can start recording. This will add a minimum of $1000 to the price but it still makes for a very competitive package.

Of course the quality of the final image will have a big bearing over the choice of a camera. I expected the URSA Mini 4K to have a near identical image to that of the original URSA and this is something that Daniel wanted to test out. 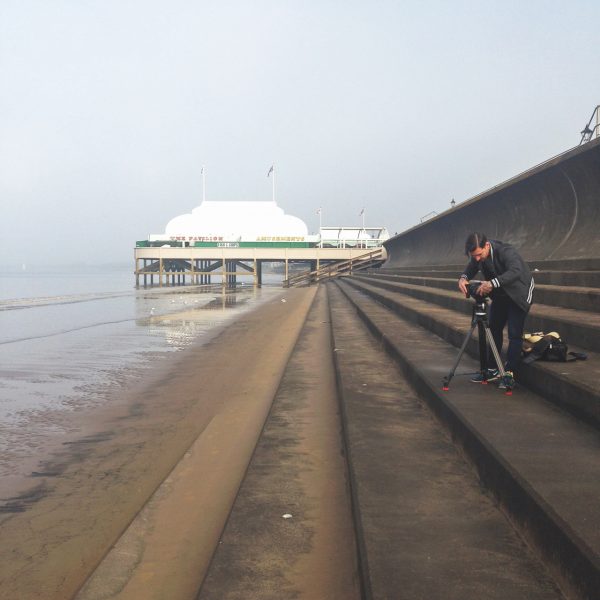 The weather in the UK has been pretty dull lately but this hasn’t stopped Daniel from heading outside with the URSA Mini 4K. The video at the top of this article was shot in Prores and demonstrates how the camera handles smooth gradients and slow motion. Daniel grades a lot of his own work and likes the URSA Mini image which he says has a ‘nice thickness’ to it.

Both 4K and 1080P HD at 120fps footage is included. It is worth noting that the 120fps HD uses a heavy crop of the sensor and not the full frame.

For comparison Daniel also shot the same scenes using a Sony a7S II. Despite having different features and form factors the two cameras are actually very similar in price. He shot several shots handheld to see how the heavier URSA with its global shutter compared against the a7S II with its rolling shutter and SteadyShot in-body stabilisation.

He concludes that the rolling shutter on the a7S II is quite bad and that the internally recorded 8-bit 4:2:0 XAVC-S image of the Sony is more prone to banding in the skies than the URSA Mini. It seems like the URSA Mini image has a lot more to work with in comparison.

In slow motion both cameras actually do a good job. Both also crop the sensor to achieve this. The URSA Mini has a more extreme crop because the starting sensor size is S35 compared to full-frame on the a7S II.

Although not shown in Daniel’s videos it is clear that the URSA Mini 4K version does not come close to the a7S II in low light. It only has 200, 400 and 800 ISO settings and unless you have a very fast aperture lens you will need to light scenes in darker conditions. This is probably the camera’s biggest stumbling block and may be enough to prevent many factual shooters from adopting the camera. We’ll have to wait and see how the sister URSA Mini 4.6K version fares when it finally come out – we still have no date for its release.

As it stands the 4K URSA Mini is a very complete shooting package that will work well for those on a budget who have control over their lighting. The images in good light are very nice and the design, weight and handling are improved over the original URSA. I will continue to test it and share our more detailed thoughts in the near future.

Below is a short video introduction to the URSA Mini 4K version from Daniel: