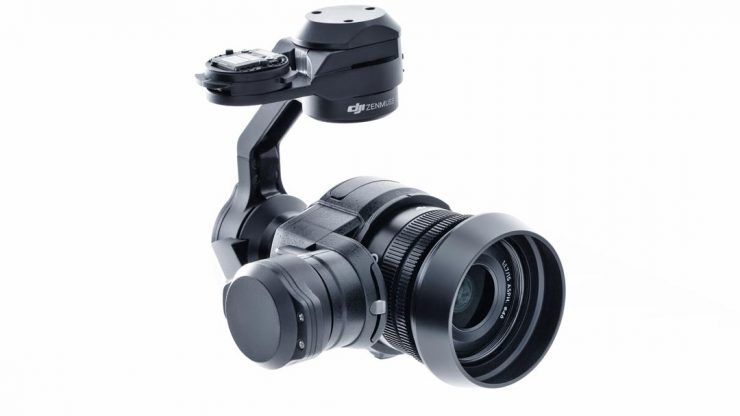 DJI’s Inspire 1 has become a common sight on productions these days. The quadcopter has proved to be an easy to use and stable alternative to bigger drones. As a result even larger news organisations have bought them.

At the IBC show a couple of months ago DJI announced their new Zenmuse X5 camera upgrade for the Inspire 1. It is a 4K Micro 4/3 interchangeable lens camera and gimbal that replaces the original X3 fixed lens camera. The Zenmuse X5 actually comes in two versions, the Pro and the RAW. The Pro has internal 4K recording up to 60 Mbps, while the RAW version records RAW video at a massive 2.4Gbps to an external drive and is due to ship slightly later than the Pro. There have been concerns voiced online that 60 Mbps of the X5 Pro might not be high enough and so the first independent results have been eagerly anticipated.

It looks like the wait is now over and some lucky users are getting their hands on the Zenmuse X5. Our friend Joe Simon of The Delivery Men has just upgraded his Inspire 1 with the X5 and posted some great looking footage. He used a 12mm f2.0 Olympus lens and recorded on 4K 24P. The camera was set at 100 ISO and shot between f5 and f13. The results certainly look very filmic and there is little evidence of rolling shutter. The footage was graded in Davinci Resolve and the colours look equally impressive.

Inspire 1 with Zenmuse X5 by Joe Simon from Dan Chung on Vimeo.

The best part is that Joe wasn’t even out to test the new camera. He was out simply discharging batteries and updating for new firmware when the sun came out. He used the opportunity to grab some beautiful shots.