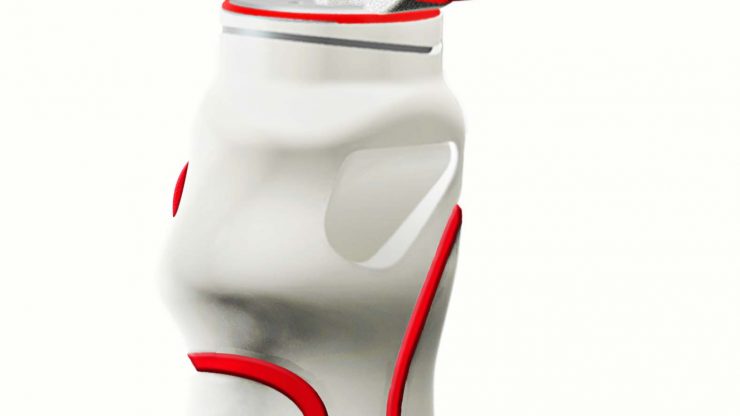 FilmPower, the Chinese company who made the popular Nebula 4000 Lite handheld brushless gimbal, have announced a new integrated 4K camera and brushless gimbal called the ROXOR. The idea of the ROXOR is to produce a combined camera and 3-axis stabiliser with a more streamlined form factor. In that respect it is similar to that of the recently launched DJI OSMO – the most obvious competing product.

There are some key differences though, the first being the price. ROXOR has a suggested retail price of $399, but for a limited period it is available to pre-order for a low $199 US. It is due to ship towards the end of November direct from China.

The second key difference is the addition of a small LCD screen on the rear of the ROXOR camera. The OSMO relies on a wirelessly linked smartphone as a screen. Having a screen built-in is a mixed blessing. It certainly keeps the form factor smaller and there will be no wireless issues in congested areas. On the downside the screen is small and therefore harder to see and if the camera is pointed sideways, or towards the operator, then there is no way to see it. Luckily there is also the ability to monitor the ROXOR via smartphone if you want to.

The camera is 4K and can shoot 12 megapixel stills and timelapses. Slow motion is either 1080P at 60fps or 720P at 120fps. On paper this is similar to the basic OSMO but of course until we see images there will be no way of knowing just how good it is. The OSMO’s standard X3 camera is a variant of the one from the Inspire 1 quadcopter and is capable of nice results. The lens on the OSMO is pretty wide but quite low distortion. The ROXOR lens is unspecified at the moment.

The OSMO camera is also upgradeable to the X5 models with M4/3 lens mount. The ROXOR camera appears fixed, as you would expect at the price.

The DJI smartphone app allows users to set most of the parameters of the camera and has intelligent features. There is no information about manual control or picture settings of the ROXOR and I suspect this means that it is mainly automatic. There is also little information on the compression that the ROXOR uses and again we’ll have to wait and see. If the ROXOR camera can produce professional looking results that are well exposed, not over-compressed and over-sharpened then it could be a serious competitor.

OSMO uses DJI’s own stabilisation control system that comes from the Ronin line. Most parameters can be easily adjusted and the results so far seem very smooth. If the ROXOR uses the same technology as the Nebula 4000 then it may work quite well – although my 4000 did require a lot of tuning to get a good result. The OSMO can be easily inverted or used in torchlight mode with a few taps of a button. The ROXOR doesn’t appear to have these options. 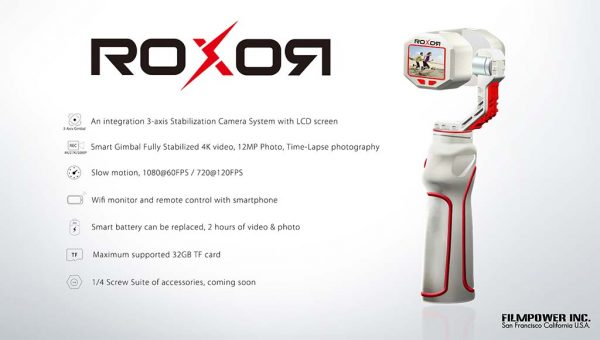 The grip of the ROXOR features an interchangeable battery FilmPower claim it can record two hours of photo of video compared to the OSMO’s one. There is also a 1/4 20 socket on the grip for mounting of accessories.

The DJI is a refined product with a proven camera system and excellent app interface. The stabilisation technology they have developed is excellent. This is reflected in the $649 price point. The ROXOR on the other hand is largely unproven at this point, but comes at such a low price that I suspect quite a few users will be tempted to buy it just out of curiosity, or to sit under the Christmas tree. For more details and to pre-order the ROXOR for $199 visit the FilmPower website.