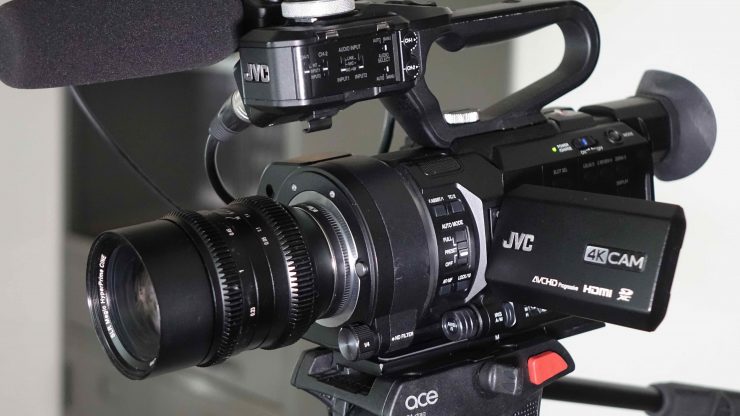 JVC have officially released the version 2.0 firmware upgrade for its 4KCAM camera line. Upgrades are free for all current GY-LS300, GY-HM200, and GY-HM170 owners and are available for download now from the JVC Web site. The upgrade adds the eagerly awaited Log gamma setting and a unique Prime Zoom feature to the GY-LS300. Other useful new features include a histogram and a new 70 Mbps 4K recording mode for all three camcorders. The GY-LS300 also gains Cinema 2K 2048×1080 and 4K (4096×2160) recording in addition to regular HD and 4K.

I tested out the new firmware several weeks before today’s launch and you can read the full details here. It transforms the GY-LS300 into a much more usable camera. J-log and the Prime Zoom functions are very welcome. 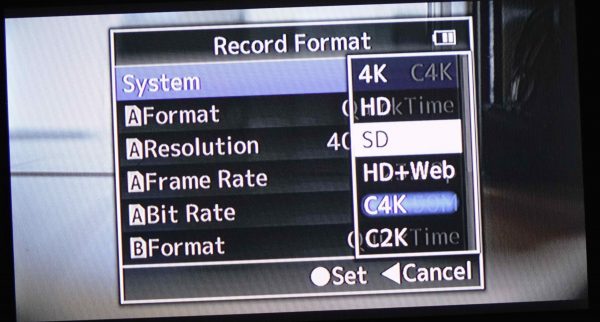 For the GY-LS300, “JVC Log” gamma expands dynamic range by 800 percent with film-like latitude, preserving more information over the entire dynamic range of the Super 35 sensor for grading and manipulation in post production. New recording modes include Cinema 4K (4096×2180) and Cinema 2K (2048×1080), which offer a 17:9 aspect ratio for digital cinema presentations. V2.0 also adds a spot meter that allows the operator to monitor the dynamic range of select portions of the image and adjust the exposure accordingly, black paint setting to precisely adjust color temperature of master black, and color matrix adjustment.

In addition to the 150 Mbps 4K recording mode, a new 70 Mbps mode allows all 4KCAM camcorders to record 4K footage on economical Class 10 SDHC/SDXC memory cards. The lower bit rate creates smaller, more manageable files. A histogram, useful for checking exposure by showing the brightness distribution of the image, has also been added. Shooters can access the histogram through a convenient user button and set the range to provide top and bottom limits.