G-Technology were showing off several new products at IBC 2015. On display was a new version of the G-Speed Studio XL that has the option to insert ev drives or RED Mini Mags via special adapters. 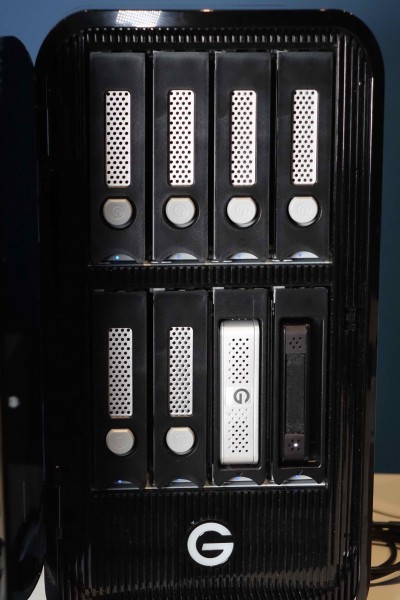 The Studio XL is an eight-bay Thunderbolt 2 solution that delivers storage capacity up to 48TB and transfer rates of up to 1200Mb/s. With the integrated bay adapters it can accommodate all ev series drives making for a smoother workflow. The G-Speed Studio series starts at $2799 US and goes up to $4999 US for the 48TB version. 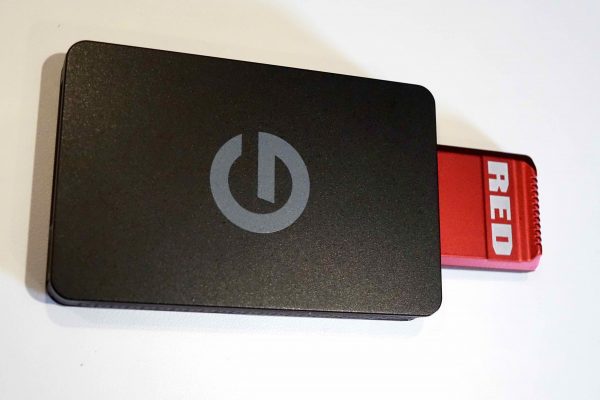 The RED ev Mini Mag adapter can be used as a stand alone reader which is bus powered via USB 3.0, or it can be inserted into any G-Dock ev dock as well as the G-Speed Studio XL. 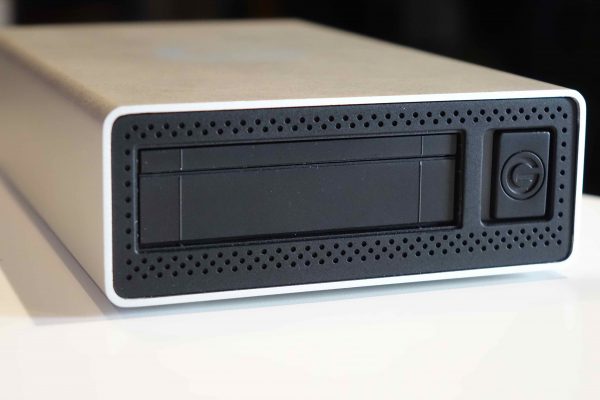 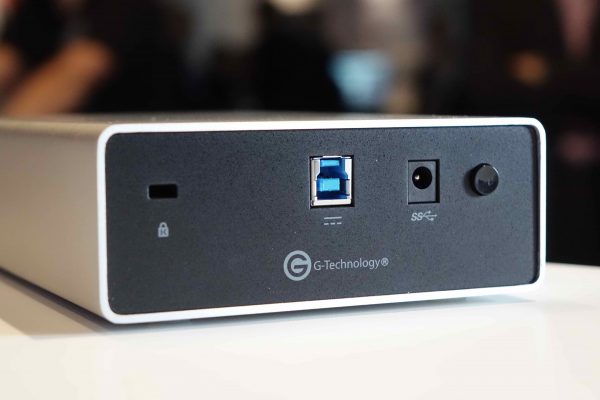 They also showed a new G-Dock ev Solo USB 3.0 for ev drives. The ev Solo is designed to be an affordable, flexible dock solution for those wanting to use a ev drive on systems that aren’t Thunderbolt compatible. When paired with a ev series drive you can store up to 2TB of data and get transfer speeds up to 425MB/s. G-Dock ev Solo will be available for $99 US. 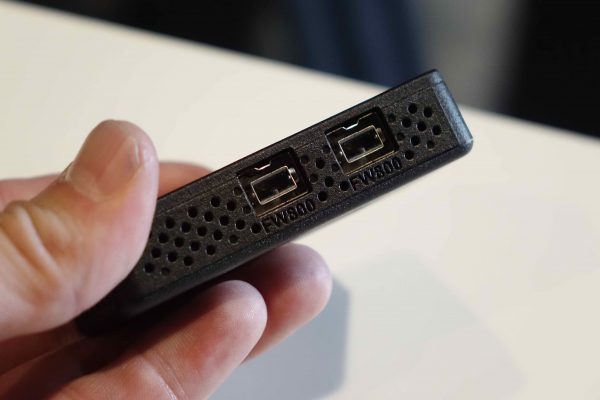 For those with older computers that require a Firewire 800 connection, G-Technology now have a Firewire adapter for ev Series drives. The adapter features two Firewire 800 ports and allows for daisy-chaining of multiple drives. It is now shipping for $49 US.

Shot and Edited by: Scott Karlins