Measuring only 80mm long, the VideoMicro is a small, lightweight on-camera microphone designed for use on compact cameras. A directional microphone, it reduces distracting peripheral sounds and focuses on the audio in front of the camera. Its pickup is more forgiving than RØDE’s other on-camera microphones providing a more natural sound when recording indoors.

The VideoMic Me is a high-quality directional microphone designed for Apple iPhone and iPad. Featuring a TRRS connector and adjustable mount it is compatible with a range of Apple devices and can even accommodate some cases.

One particularly nice feature of the Video Mic Me is the inclusion of a 3.5mm jack that will allow you to monitor your recordings.

Both microphones include a deluxe furry windshield and feature bodies made from aluminum, giving them a high level of RF rejection. The microphones are finished in RØDE’s high-grade ceramic anti-glare black coating. 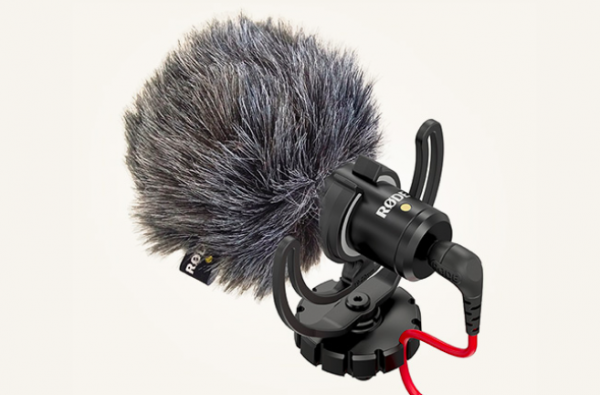 The Video Micro is available now and the Video Mic Me will be released shortly, both at $59US.