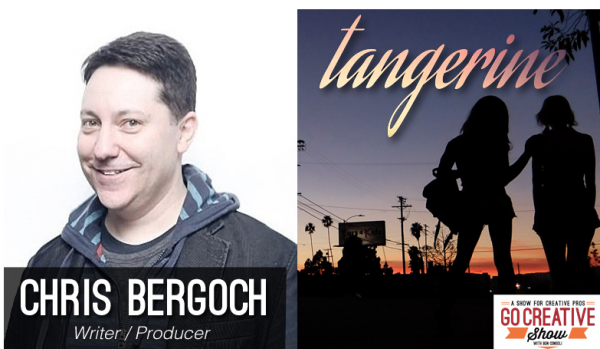 This week’s Go Creative Show features Chris Bergoch, co-writer and co-producer of the feature film Tangerine, that was shot entirely on the iPhone. The film about transgender sex workers has won numerous accolades and host Ben Consoli speaks with Chris about the challenges of using the iPhone.

Chris Bergoch and Sean Baker have been creative partners for years, each working on films, television shows and more. Their latest collaboration, Tangerine, has enjoyed incredible success, premiering at Sundance, being distributed by Magnolia films and most important, being loved by audiences around the world. Ben talks to Chris Bergoch, co-writer and co-producer of Tangerine to discuss his writing process, securing funding, working with first time actors and the bold choice to shoot Tangerine entirely on an iPhone. Chris also discusses the challenges and benefits of shooting on iPhone and how to get maximum production quality with a minimum budget.

Topics Covered:
Making a film about transgender sex workers
Why Donut Time in LA was the best location for this film
The story of a broken heart resonates with a larger audience
How they made the decision to shoot with iPhone
Microbudget films
Lighting for iPhone
How watching your film with an audience gives you a different perspective
Why the sub-par low-light capabilities of the iPhone worked for the look
The apps and gear needed to make an iPhone a cinema quality camera
and more…