As the first shipments of the new Freefly ALTA are beginning to reach users, Brooklyn Aerials have created a short film that shows off the drone’s potential. The ALTA can carry cameras like the RED Epic or ARRI Alexa MINI mounted on the top side of the craft, instead of the usual underslung position. This allows for upwards looking shots at angles that were previously unattainable.

Drew English, Michael Marantz and Tim Sessler shot “Nostalgia” in New York State and Western Massachusetts with a pre-production ALTA and a RED Epic Dragon monochrome camera. A Movi M15 gimbal was attached to the ALTA and the lenses were old Leica R (19, 24, 50, 135mm) with a B+W Deep BW IR and 720nm IR filters.

According to Brooklyn Aerials, “The goal of this project was to experiment with new ways to capture images with a “drone”. Every shot needed to feel different than what we were used to seeing being done with drones these days. As a result, high altitude, wide-angle shots had been banned from the concept before we even started shooting.” For more information on the shoot you can head over to brooklynaerials.com 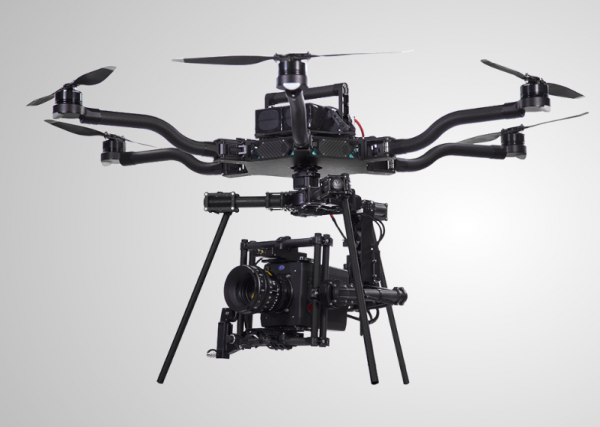 About the Freefly ALTA:
The Freefly ALTA is a professional drone that can take payloads up to 15 pounds (6.8kg) enabling it to carry cameras such as the RED Dragon, Sony F55, and ALEXA Mini. The ALTA has been designed so you can unpack, set it up and be ready to shoot in under five minutes. According to Freefly it is easy to fly, powerful, rigid, adaptable, reliable, and optimized for large payloads. The ALTA retails for $8495US.