Inventor David Johnson has come up with an interesting all-in-one device called the Steady Shot Bot. Launched on Kickstarter, the Steady Shot Bot has been designed to capture hyperlapses and timelapses, and can also be used as either a gimbal or motion control system. At first glance it looks like a gimbal that has been mounted on top of a blender. 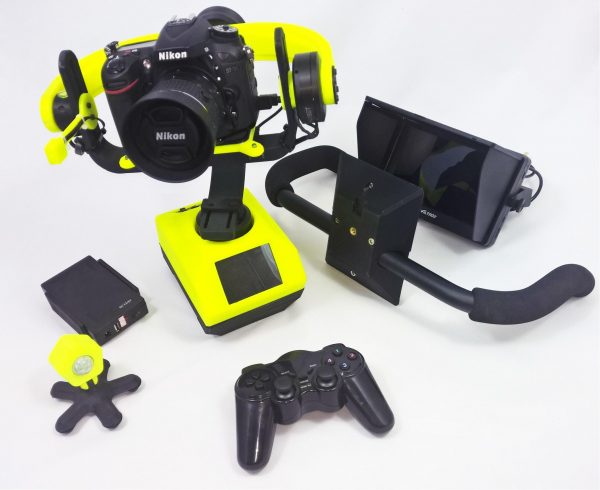 According to David, “It occurred to me there needed to be a tool that provided high-end studio capability to the casual photographer.” With a 3D printer and open source hardware he set out to tackle the challenge. He combined a four-axis motion control system, an intervalometer and a Steadicam-type gimbal and eventually came up with the Steady Shot Bot. 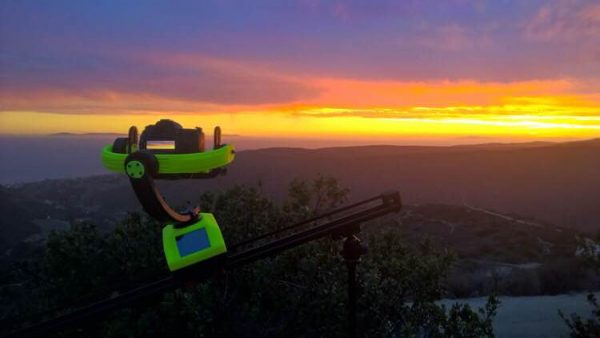 The robot can also be converted to a gimbal, giving shooters the option to capture smooth video and hyperlapse sequences. As you carry the bot around, the camera will track movements smoothly and allow the unit to always face forwards. The Bot can also lock and track a position to keep the subject in frame while you navigate a complex path. For example it could lock on to a mountain face to capture a timelapse or hyperlapse while the user hikes up a trail. For more dynamic needs, the bot can be remotely controlled by a director controlling the shot while another person carries the gimbal.

Steady Shot Bot can capture tracking shots using its three-axis stabilized controller and built in belt drive system. Up to eight presets can be defined that identify start and end positions in four-axes along with specific trigger inputs to automate the capture. The Steady Shot Bot can follow your motion while itself moving along a linear track, as well as performing a planned camera move, all the while compensating for rail movement. For example it would be possible to perform a timelapse on a moving boat or suspended cable that is swaying while the stabilization compensates for the motion of the boat or cable automatically. 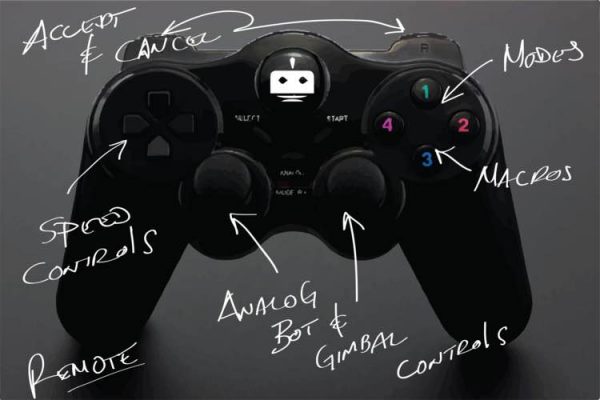 The Steady Shot Bot also comes with a remote that looks similar to a Sony Playstation controller. The remote can be used to configure precise preset positions and also allows users to control the gimbal camera movement wirelessly.

David says, “The current product design is the result of many iterations of 3D printed prototypes” and “although the final product is injection molded, using 3D printed parts allowed us to evolve the design faster than traditional methods.” The Steady Shot Bot will be a finished retail product, but the company is making the project hardware and software open source. Practically-minded users will be able to freely download and modify Steady Shot bot’s software and components and give back to the project’s DIY roots. 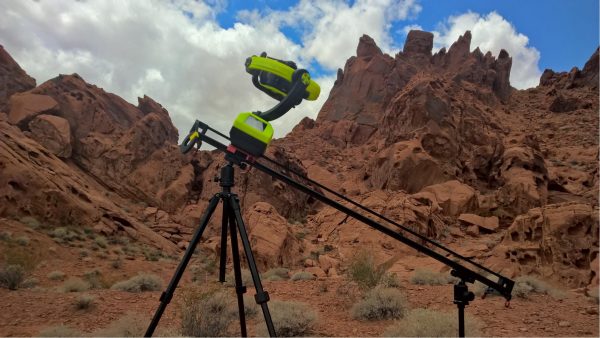 The company is offering several variants of the Steady Shot Bot that cater to a wide range of applications including film, photography and marketing. 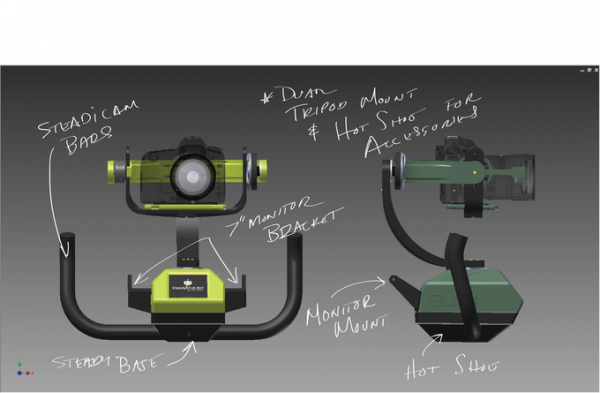 With the onset of 3D printing technology it is interesting to see so many DIY inventions coming to life. In the past an idea was often hindered by the high production costs of getting a prototype made. 3D printing is certainly helping creative people in our industry take their concepts and turn them into working prototypes. 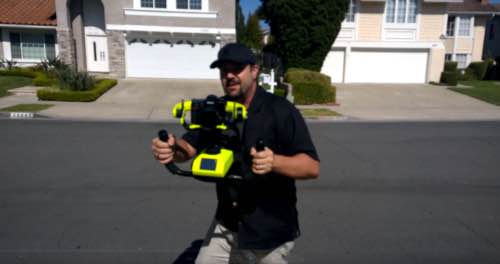 Davis is trying to raise $310,000 to get the project underway. If the funding goal is reached, he expects delivery can start as soon as March 2016. Considering what the product claims to do, it does seem to be competitively priced when compared to most other professional equipment currently available. The Steady Shot Bot will retail at $1,099 for a DIY kit and $1,499 for a full kit.

NOTE: As with all Kickstarter campaigns there is no guarantees that the end product will be delivered.