Vimeo has overhauled the mobile video editing app Cameo, and by overhauling, I mean they have stripped it back down to its basics. The original Cameo was a complicated swiss army knife of mobile video editing and social media integration that never quite seemed right. Vimeo has now removed most of the complication and focused on making it a real stand alone mobile video editing platform. Users shouldn’t expect it to be a mobile version of FCPX or Premiere Pro, but it does give you the tools to create a quick edit from your iPhone or iPad and upload the material. 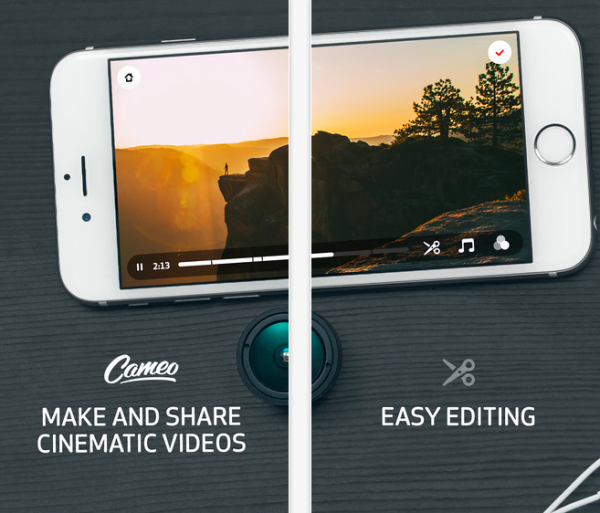 With Cameo you can import clips from your camera roll and then place them in order you would like them to appear, and then trim and cut each clip individually to create your edit. There is even the ability to ad text or titles over the top of your vision, you can also apply a variety of pre-set colour filters as well. The app also includes a free selection of music that you can run on top of your video.

The above video by Paul Trillo, “The Life and Death of an iPhone”, was shot entirely on an iPhone and edited using the new Cameo app.

With more and more video journalists using smart phones to capture material out in the field apps like Cameo will only help increase their use and popularity. We have featured several articles on the site from shooter Philip Bromwell who captured entire stories for Ireland’s national broadcaster RTE on a iPhone 6+.

Cameo is definitely a step in the right direction for mobile editing platforms are concerned, but they still have a long way to go to offer the amount of features and usability that many professionals will be looking for.

If you want to try Cameo you can download it for free from the app store here.