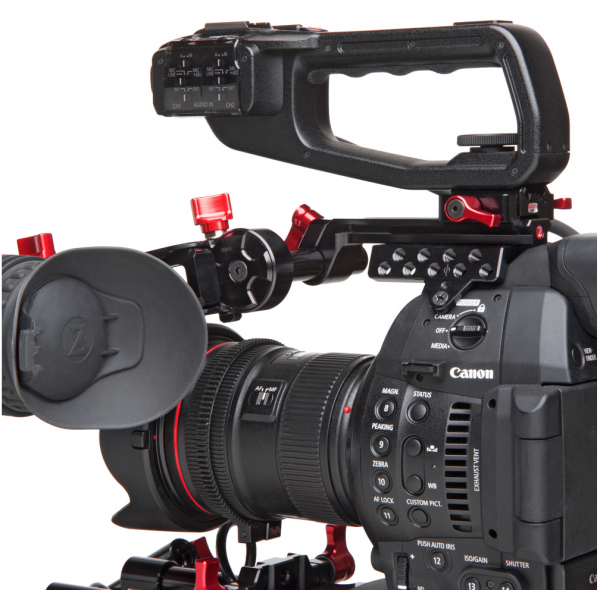 Zacuto have released a new set of rig parts that transform the Canon C100 mkII into a more practical shooting tool. The kit comprises a Canon C100 Mark II Helmet, 5” Z-rail with 15mm rod lock, and a double jawed Z-rail lock. The Helmet attaches to the top of the camera body via a screw on top and one on the side – replacing the film plane screw on the left side of the camera. The Helmet has many extra 1/4 20 mounting screw holes. The Z-rail screws to the top of the Helmet, providing a rod lock to mount the Axis Mini EVF bracket or other 15mm accessories. The double sided Z-Rail jaws allow you to attach the Canon top handle securely to the Z-Rail, giving a much sturdier connection to the camera than the top handle by itself. The mount also allows the user to slide the Canon top handle forward and backward to achieve perfect balance. The mount and the rod lock each use a mini Ratcheting Lever for quick release capability. This means that the handle can be quickly removed so the camera can be put away in a bag, or attached to a brushless gimbal etc. 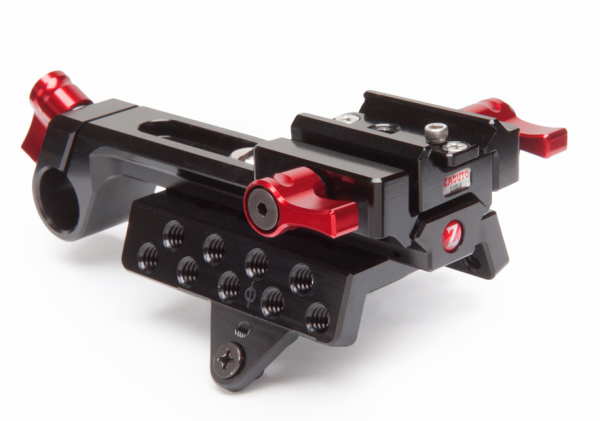 The Helmet is an interesting design and solves the problem of weight distribution, particularly if your using a big lens for handheld shooting. It allows you to easily position the top handle and C100 Mark II audio module either forward or backwards to better distribute the weight. For using longer telephoto lenses the handle can be moved towards the back of the camera to more evenly distribute the weight.

The C100 Mark II Helmet is available for $300 US and is also part of their popular Next Gen Recoil shoulder mounting kit. 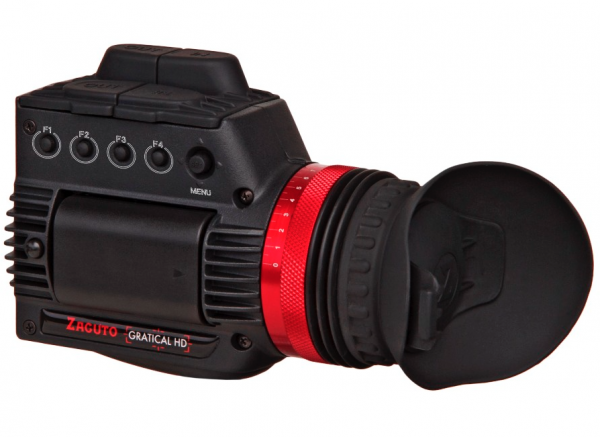 1. A new peaking feature has been added to the menu overlays->focus assist->reg peaking.
2. Activating red line peaking will no longer make the image lose sharpness.
3. Image flip will now stay active after a power cycle.
4. Fixed a bug where the image would appear to jump or change positions.
5. Fixed a bug where the image’s contrast or brightness appeared to change.
6. Changed the FS7 Slog3 to rec709 preset LUT.
7. Added compatibility for Nikon D800/D810 cameras.
8. Added compatibility for Wooden Camera C-Box Converter.
9. Fixed a bug that would not allow a user to create a custom DSLR scaling.
10. Decreased the audio meter latency.

Version 2.0 firmware still does not include the ability to have on screen audio meters working over SDI despite this being promised several firmware updates ago. This means if you want to monitor audio from your camera you will have to use an HDMI cable which is far from ideal. Hopefully Zacuto will fix this ASAP.

The Gratical HD firmware can be downloaded here.

Zacuto is an affiliate partner of Newsshooter.com