‘brindabellas’ is the new infrared art/doco film from silver dory productions. It features the sky and landscapes of the Canberra region of Australia – in particular the Brindabella Ranges – captured in monochromatic (near) infrared.

Part one – ‘summer’ – was released May 28, 2015 and available now rent or buy via Vimeo on Demand – vimeo.com/ondemand/brindabellassummer

The other four parts will be released over June / July. 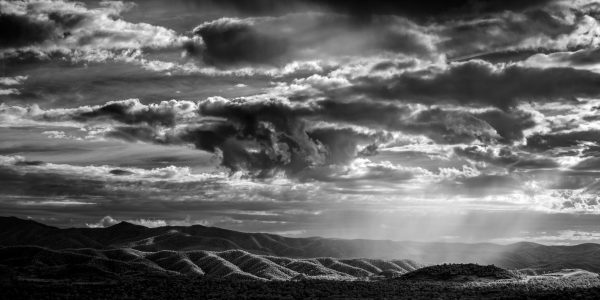 What it’s About:
This feature-length film (150 minutes over five parts) focuses on the interplay of mountain light, air and water as these elements are transformed across the seasons from clouds to mist, rain and snow – then frost and ice – and onto creeks and rivers. It explores both the wider montane vistas of the region and more intimate details of the natural flows that are created by these mountains and, in turn, shape the very landscapes they arise from.

Geography:
The Brindabella Ranges lie to the west of Canberra – Australia’s capital city – and are more commonly referred to as the ‘Brindabellas’. The mountains are a dominant presence on the Canberra skyline and can be seen from most locations in the capital and the surrounding region. 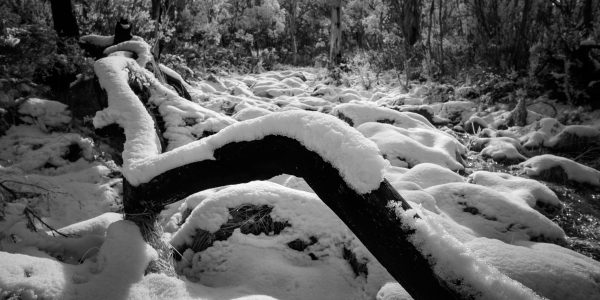 The Brindabellas are neither wildly remote or rarely visited – they are the everyday back-drop to a capital city. In fact many of the landscapes featured in ‘brindabellas’ were filmed from within Canberra’s southern suburbs – often simply from the side of major roads. The aim with developing ‘brindabellas’ was not so much to reveal an unknown, inaccessible location but rather to show very familiar landscapes from a different perspective – with both slightly unusual light and slightly altered time and motion.

‘brindabella’s was also never intended to be a geographic documentary. There was no attempt to completely cover all angels and locations – while some footage does not feature the actual Brindabella Ranges. In this sense the film is more of a personal perspective than a universal coverage.

Origins:
‘brindabellas’ evolved out of the short motion piece ‘karst country’ (2013) which was developed by silver dory productions to explore the possibilities of creating infrared motion with RED Digital Cinema cameras. Field-work for ‘brindabellas’ commenced in June 2013 with the specific aim of creating a feature-length film entirely from this infrared footage – which uniquely captures the intricacies of sky and cloudscapes, the dynamics of rain and running water, and the shifting shadows across the changing seasons. 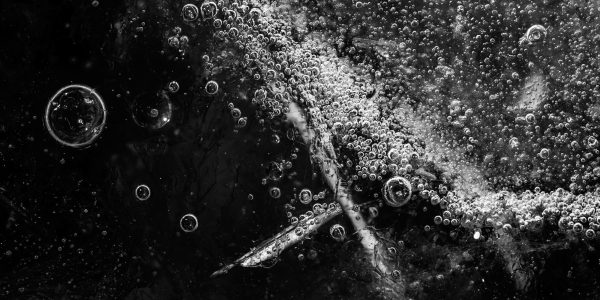 Technical challenges:
Infrared v near-infrared – ‘brindabellas’ was filmed and photographed using near-infra photographic techniques. In photography these are often defined as just infrared (or just IR – as I tend to use in notes below for simplicity!) but ‘near-infrared’ is probably a more accurate description as the wavelengths recorded fall within the near-infrared spectrum: 750 – 1400 nanometres (nm). By comparison, light that’s visible to the typical human eye lies between 390 and 700nm. 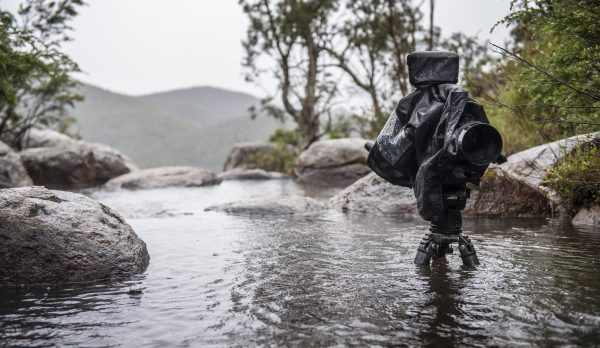 ‘karst country‘ was filmed with unmodified RED Epic-X and Scarlet-X cameras which allow enough infra-red light through their relatively weak IR cut filters to film time lapse footage with longer exposures without any camera modification (just IR pass filtration on the lenses.) With ‘brindabellas’ the aim was to move away a little from time lapse scenic footage and film with a wider range of exposures and frame rates.

In October 2013, the nature of filming changed significantly with the arrival of a modified full-spectrum RED Epic-X Digital Cinema camera. This was modified to remove the IR cut filter on the OLPF which allowed the capture of near-infrared motion at both normal and high-speed frame-rates (in 5K resolution) with filtration (of visible light) on the lenses. With the addition of faster frame rates, the emphasis turned to filming the smaller elements – rain, running water, snow, frost and ice of the Brindabellas. 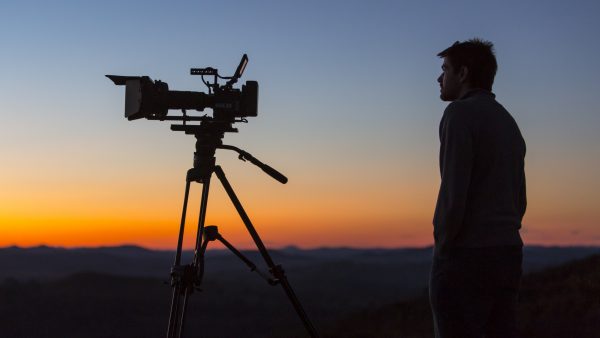 Other challenges included building a set of lenses that don’t suffer from IR hotspots (caused by internal reflections) and a set of ND filters that actually reduce IR light. Over 95% of ‘brindabellas’ was shot on Nikkor lenses. IR filters used ranged from 720nm to 900nm

The other fundamental challenge with IR photography in general is that in a less than perfect lighting conditions it often simply doesn’t work at all. Sunny days, blue skies and white clouds are always striking but to shoot usable footage in mist, snow, rain and murky dusk light required a lot experimentation with different filtration and exposures. The footage also required specialised processing in post to transform them from the very flat RAW images to how they look in the film.

RED:
We shot ‘brindabellas’ on a modified RED Epic-X because it allowed us to overcome a lot of the technical challenges of shooting the IR motion we were after. For a start we could actually get it modified by RED! From there we could shoot 5K RAW footage with enough latitude to tease out the final image – at frames rates up to 100 fps. Almost all the footage in ‘brindabellas’ is off speed – there is actually more high-speed footage than time lapse. The RED IR rig with Nikon lenses was also light and compact enough to deploy in mountains, creeks, snow and rain – even with solo crews.


The team:
It was co-developed with James van der Moezel – who has done all the post work – as well as shooting and recording sound in the field. The music team of Marcus Hooper and Andy Heaney have also been crucial to the development of this project.

Notes / images – in the field: https://www.silverdory.com.au/brindabellas-in-the-field

The image quality of the individual 5K R3D frames was high enough for a range of these frames to be featured (alongside prints from the wider ‘brindabellas’ project) in the PQ Blackwell limited edition monograph of the project .. ‘brindabellas – elements’ : https://www.silverdory.com.au/brindabellas-elements

From here:
The next project silver dory IR project is currently kicking off – featuring coastal landscapes of SE NSW. This is being filmed on RED Dragon-X with IR OLPFs. Will be finished and out later in 2015. 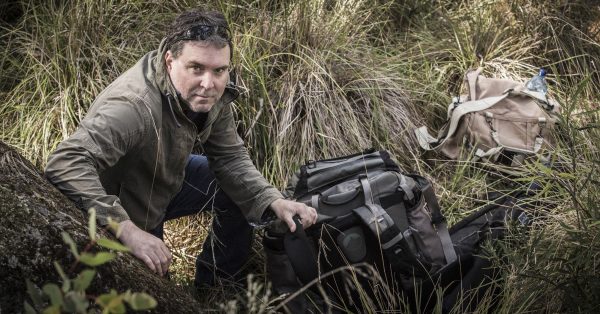