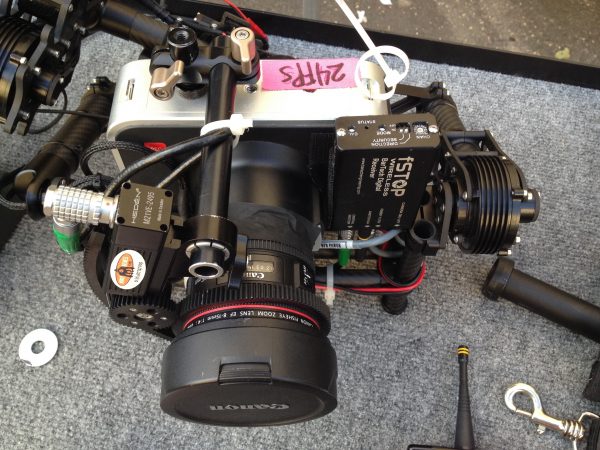 When I got the call to show legendary DP John Seale ACS ASC this thing called a “Mobi” as he put it, otherwise known as the Movi, of course I jumped at the chance! Considering the Freefly Movi M10 had only been released that year this newby to the film world had a lot to prove on a big set like MAD MAX FURY ROAD and in a tough and competitive business you only get one chance to prove your worth.

Now, as we all know this Gimbal thing is not always welcome on set because of one reason or other but I firmly believe and as the old saying goes, ‘use the right tool for the right job’ and for this job I think the Movi was a perfect fit.

I am a Camera/Steadicam operator with 20 years plus experience and like any operator who enjoys what they do, I love camera movement and always embrace new technology and techniques. But even though that may be the case, we can all get it wrong sometimes and use equipment ill suited to the job but this was certainly not one of those times. 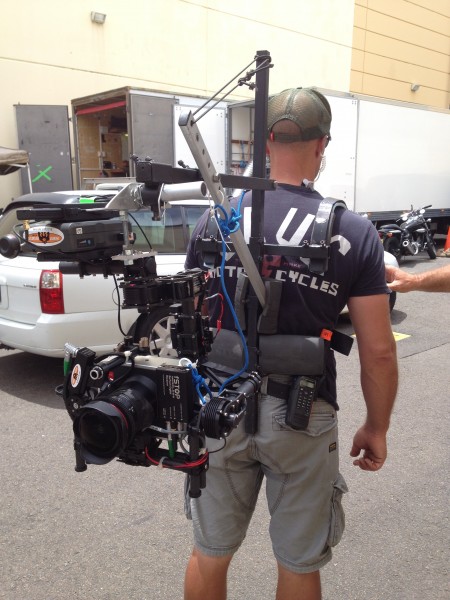 After I showed the ‘Mobi’ to John & George they loved it, but the main camera operator was still very skeptical. He went along with it anyway after testing it like you would when you wanted something to fail. I certainly wasn’t there to replace the steadicam, instead I wanted the Movi to compliment it when it was too difficult and dangerous to execute the shot with a steadicam running backwards with a rig at full speed in a confined space. 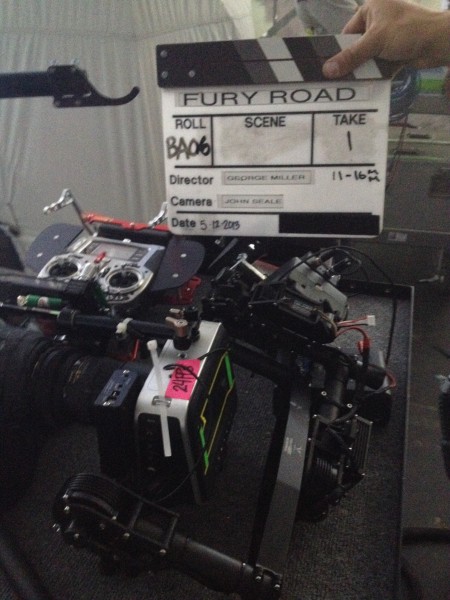 John Seale gave the MōVi the green light after some discussion with a very clever grip team lead by Adam ‘Skull’ Kuiper, who mastered the idea of a body rig with a suspension arm (like a ‘Russian Arm’), but worn by a human. The shot consisted of actor ‘Tom Hardy’ running like crazy at full speed through a U shaped tight tunnel system, a chase scene like no other- George Miller style. Not only did the camera have to face backwards as Hardy ran towards it, but we had to stay within the boundaries of the walls which had pipes sticking out of it and run like hell. This was done by a very talented Grip Rowan Peacock, who while running after Tom who was an incredibly fast runner on a sandy floor, ended up with bloody knees after a fall during rehearsals saving the camera and Movi from disaster. To Rowans testament he continued none the less after the spill but we all know grips are a tough bunch! Here is a picture Rowan wearing the setup that was built for the sequence. 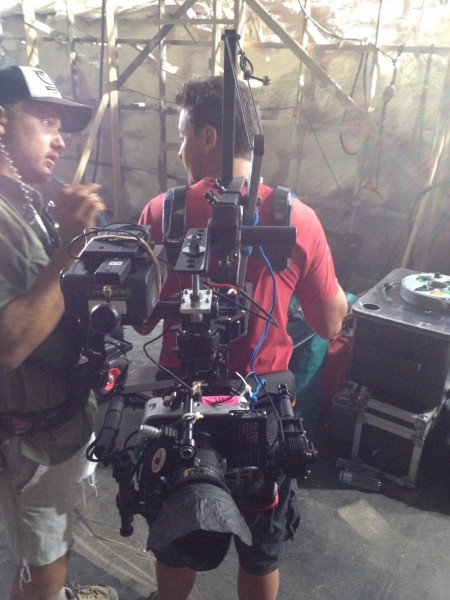 Mad Max was shot on Alexa and there was no shortage of them on the Citadel shoot but how was I going to fit that on a Freefly Movi M10? We had some Alexa M’s but back then the Movi couldn’t balance such a payload even though I later had a Freefly beta tester upgrade for the M10 for ‘San Andreas’ film where we were asked to employ a similar idea using Alexa M’s which the M10 handled easily. John Seale had a Blackmagic 2.5K ready for me to play with along with a Canon 16-35mm & Tokina 11-16mm ef lens, I too was surprised and at the same time relieved to be running such a small camera and the proof was in the pudding as it cut beautifully with all the other Alexa shots. We did some wide and tight face shots of ‘Hardy’ with that setup running at full speed through western style doors chased by the war boys that you can see in the sequence before ‘Hardy’ made it onto the crane jump. The movi was then also used on a few other shots as George Miller wanted to see what else it could do. The Freefly Movi executed the shot otherwise too dangerous for the steadicam, flawlessly! 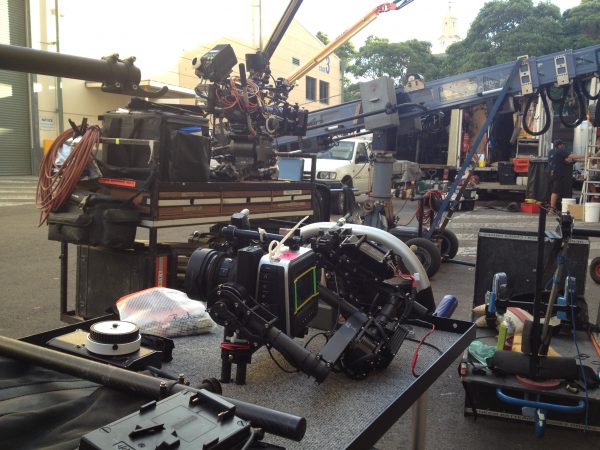 My setup consisted of a frankenstein V-lock battery powering system, Bartech BFD, Heden M21 Focus Motor & a modified (voided warranty) Paralynx Arrow wireless system which I was glad to have no drop outs during filming as the scale of the tunnel system was huge. The hardest part was that I was seated outside the tunnel operating the head via the RC joystick control communicating with Rowan who was wearing the ‘Mule’ rig. All I could see was the smallHD monitor trying to remember to pan as he went bolting around the first corner at full speed. For the first couple of runs keeping my frame was pretty nerve racking. I might add, I’m also glad to see the end of those cheap RC controllers as Freefly now have their own fantastic Movi Joystick Controller with the new FiZ Wedge so you can keep your head high on set. I also use the PLC Veracity wheels control system now giving operators the option for control, things have certainly changed since then and so have the Movi systems, they are gradually getting a reputation like steadicam, Libra or Scorpio stabilised head and thats also due to Freefly Systems innovative approach which people like Tabb Firchau have been striving for, supporting people like myself and others alike, big thanks.

So overall working with John Seale on Mad Max was a blast he remained very supportive and embraced the new technology even when faced with hostility on set. You have to always remain professional and do your best to do the best possible job under the circumstances, just thinking back to that shot i was told not to “F$#@ it up” by a camera op but failure was not an option the movi proved itself, it felt good to finally see the results on screen and a job well done. I’ve since then used the Movi M5/M10/M15 on numerous commercials and several films like ‘Gods of Egypt’ and ‘San Andreas’ and being a gear junkie can sometimes take you places you never thought possible. Change is good!

*There’s a a great write up in the latest American Cinematographer on how Mad Max Fury Road was shot by John Seale ACS ASC an interesting read.

Peter Barta has worked on such films as Gods of Egypt, San Andreas, The Daughter and Mad Max: Fury Road. You can find out more about Peter here.