Some vision shot with a pre-production Blackmagic URSA 4.6K camera has appeared on the Blackmagic website, and it looks very promising. This is the same sensor that will be available in models of the URSA and URSA Mini. The colours and skin tones seem to render well, and the dynamic range, which is said to be a claimed 15 stops, seems to be a big improvement on the previous URSA. The footage was shot mostly on the Sigma 18-35/1.8 Art and a few shots were done with the Sigma 50/1.4 Art. A 4×4 Schneider Hollywood Blackmagic 1/4 was used for almost all the shots as well as Formatt Firecrest ND’s.

This from “Captain Hook”:
Couple of things about the URSA 4.6k footage for some ‘background’. I shot this on a prototype so things were still in development and changing. This was also just me shooting solo with the URSA like previously and is “home movie” type stuff intended to be a quick first look. In fact, last time with my URSA beta video i had Danelle helping me to carry some gear but this time it was just me shooting some friends and around the city – definitely no crew or anything like that. For the kitchen shots and the drumming i set up some lights, everything else is 100% natural light, not even bounce. Grading on this video is purposely VERY simple. It’s really just a quick setting of white balance, then contrast and saturation. I didn’t tweak individual colours or even shift colours with Lift/Gamma/Gain because i wanted to show the great natural colour “out of the box”. This part is my personal opinion and obviously now that i work for BMD people will take it with a grain of salt (to be expected), but personally i think we’ve made a BIG improvement on colour – colour that i already really liked which led me to first purchase the BMCC as a customer. I think the improvement in colour is just as big as the improvement on dynamic range. With DR, so far in my experience i think it’s safe to say that whatever you rate the Pocket Camera to be, add roughly 2 stops. 1 stop in the highlights, and another stop in the shadows. I can’t wait for people to get this and go shoot some incredible footage with it! 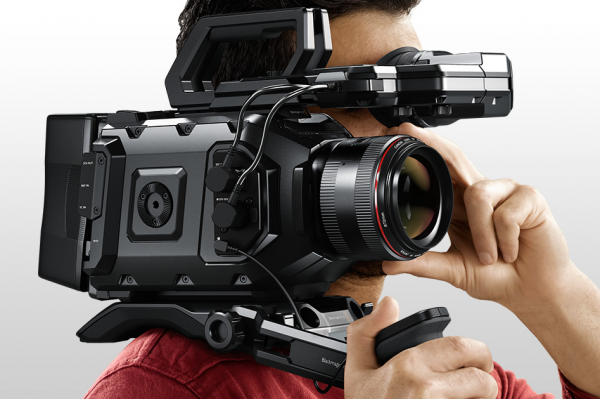 The vision certainly does look nice and you can thank Captain Hook for the LUT’s that are inside the new URSA Mini. John Brawley confirmed this on the Blackmagic Forum- “Without speaking to much for hook, you’re looking at his LUT’s built into the camera…I know one thing Bm are working hard is is to get it looking much nicer out of the box.”

Blackmagic is making good progress every year particularly in regards to sensor technology. Although still a relatively new company in the camera business they are learning very quickly and continue to bring out bigger and better products every year. It will be interesting to see if more footage emerges from the camera and whether it will ship on time.