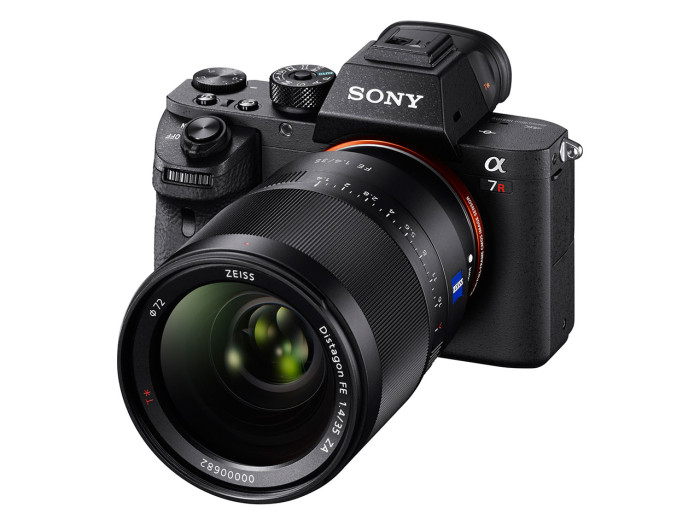 Sony have surprised many people today with the inclusion of internal 4K (3840×2160) recording on their new flagship full-frame compact system camera. The a7rII shares the same body design as the sibling a7II but adds a whopping 42 megapixel full frame sensor which should deliver stunning resolution stills when coupled with the right lenses. The video side of the camera is extremely well specified with 4K internal recording in the XAVC S7 format at 100 Mbps (50 Mbps during full HD shooting). This uses the full width of the sensor and should give the same aesthetic as the 5D and a7S, but in internally recorded 4K.

Like the a7S and a7II the camera has S-log2 gamma settings which allows for much greater latitude when grading images. It can also output a clean HDMI signal to external recorders such as the Atomos Shogun or Convergent Design Odyssey7Q+.

Another feature that has made it across from the a7II is the 5-Axis SteadyShot stabilization system which effectively turns most lenses into image stabilised ones. I have used this system for handheld shooting on the a7II and find it to be quite good at removing micro jitters commonly seen on handheld DSLR footage.

The camera also gains the Phase detection AF system of the newer Sony stills cams. This is very fast in stills mode but it isn’t clear how it functions in video at this point.

One expects a camera with such a high megapixel count to have reduced low light capabilities when compared to the video centric a7S. Don’t expect the a7rII to come close to that camera in the dark, but with the latest BSI rear sensor illumination technology the results may surprise.

Sony say that the camera can record both full frame and S35 crop video in 4K. Amazingly Sony claim in 4K Super35 it records without pixel binning, which should mean the aliasing and moire are well controlled. We await out-of-the-camera sample 4K video from this camera with anticipation. We wonder if the 4K image from the a7rII will be closer in these terms to the wonderful a7S instead.

All the a7 range suffer from rolling shutter jello effects and again we are eager to see how this new camera performs.

Here is the spec from B+H:

Below is an excerpt from the Sony press release that explains the video feature set in more detail:

“The impressive video credentials of Sony’s new α7R II camera include the ability to record movies in 4K quality (QFHD 3840×2160) in either Super 35mm crop mode or full-frame mode.
In Super 35mm mode, the camera collects a wealth of information from approximately 1.8x as many pixels as 4K by using full pixel readout without pixel binning and oversamples the information to produce 4K movies with minimal moire and ‘jaggies’.

Here is an interview with Sony Alpha Product Manager Kenta Honjo talking about the a7r II, RX10 II and RX100 IV that was posted on the Sony Alpha Forum:

In full-frame mode, the α7RII utilizes the full width of the 35mm sensor for 4K recording, allowing users to utilize the expanded expressive power of the sensor. It is the world’s first digital camera to offer this in-camera full-frame format 4K recording capacity.

The camera will be available to pre-order for $3198 here later this month.