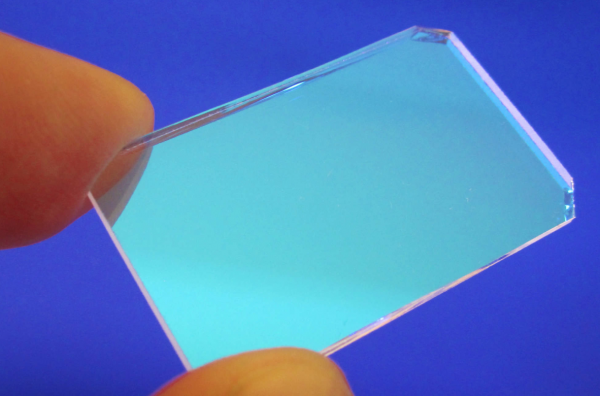 The RED cameras have always been known to have a slight magenta look to the images, so Pawel Achtel MSc, an Australian Scientist and multiple ACS Award Winning Cinematographer, has created a custom designed optical filter that is said to significantly reduce the magenta looking blue colours seen in imagery shot using the RED digital cinema cameras.

An unmodified camera is unable to reproduce blue colour. Instead, blue colours appear as magenta. This is because red photo-sites on the sensor are sensitive to not only red, but also to blue spectra of light. This phenomenon can not be corrected in post because the severity of the magenta contamination, which leaves insufficient dynamic range in the blue channel (thin negative). There is simply not enough information to reproduce blue gradations, such as water or blue sky. As the result, skies and water appear magenta-grey instead of blue. 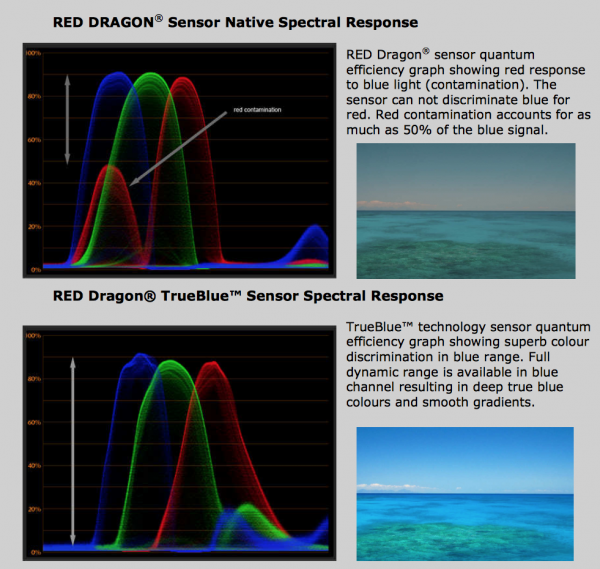 The TrueBlue filter is supplied as a complete kit including an OLPF caddy, and is available for RED Epic and RED Dragon digital cinema cameras. According to Achtel it is simple to install or remove as required.

TrueBlue will be shown during the SMPTE15 exhibition in Sydney, Australia from 14th ~ 17th July [Booth # D4], where customers will be able to review sample footage shot with and without the TrueBlueTM filter. Our Newsshooter team will be there to check it out. There is no indication at the moment of pricing or availability.

Pawel Achtel is a leader in underwater cinematography and film making innovations. His company previously developed the world’s first and only 2D and stereoscopic 3D underwater systems able to capture underwater imagery free of chromatic distortion, and which remain sharp from corner-to-corner.