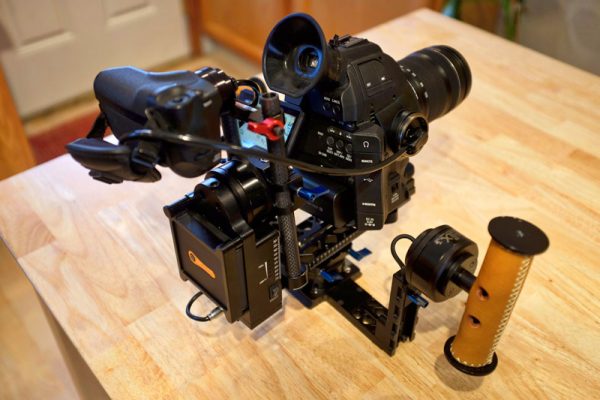 Gimbals. We’re spoiled for choice at the moment, and there are certainly a few new arrivals that are very exciting in terms of ease of use, weight, and cost. But for news and documentary shooters, most gimbal rigs are still too slow to set up, too cumbersome to travel with, and too difficult to use for an extended period of time.

I believe that’s changing now with the Letus Helix Jr. At NAB 2015 this little gimbal was recognized by Newsshooter as the Best Pro Video Camera Accessory, so after trying it out with a few smaller cameras (and also with a RED), I decided to get one for my Canon C100.

The top video embedded above is a collection of Helix Jr shots from two recent shoots. The first part is from a trip to Cordova in Alaska, where in a day-and-a-half of shooting (and a day of editing), my Video Dads partner Travis Gilmour and I ran like crazy to follow the first commercial salmon catch of the season, from ocean to fine dining via jets and helicopter. The second part is from a shoot the previous week that began in the same town, where we followed birding enthusiasts to remote islands.

The second embedded video is the final release from Princess Cruises. Of course not every shot used the gimbal, but as one technique in your toolkit, the Helix Jnr really adds value to the final video. 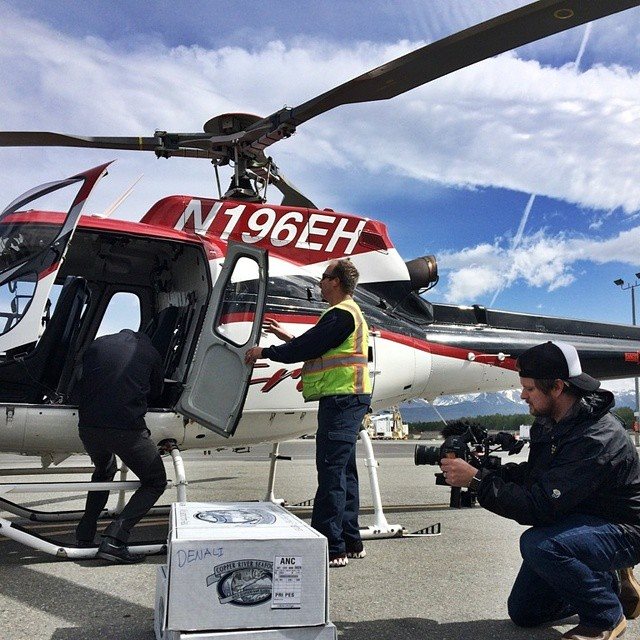 I received the Helix Jr a week before the first shoot. After a couple hours experimenting with counterweights and accessories, I finally struck a good balance where I can use the C100’s hand grip, mounted to Zacuto’s C100 Grip Extender, as the counterbalance. 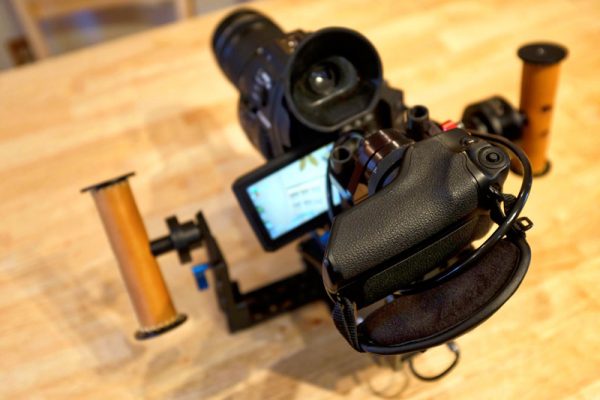 I also experimented with the gimbal’s PID (Proportional-Integral-Derivative) settings to smooth out jitters and to slow down the pan/tilt. I’d never done this before with other gimbals, but Letus’s instructions made this a pretty simple process. You increase or decrease the P or D settings by 4, until minor vibrations are gone, and you can also increase the power of the motors. I ended up slowing down the pan/tilt speed a lot because I prefer really slow motion. 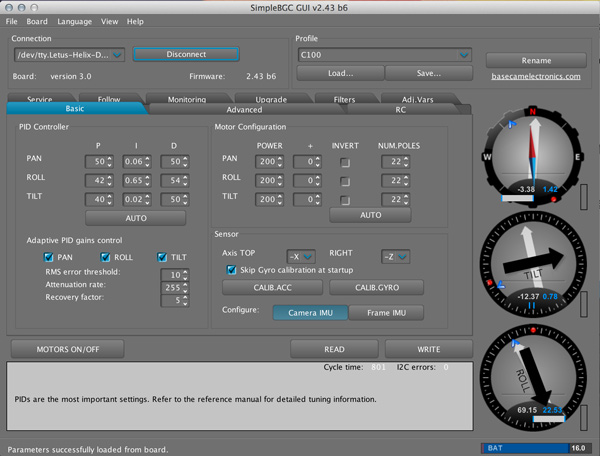 The software GUI is easy to use, and you can always reset the parameters if your experiments vary widely from the recommended settings. You can adjust the Helix’s PID settings with a computer or a tablet – I would recommend opting for the model with Bluetooth as it means you can connect to the gimbal without a USB cable.

Once everything was all set up, I was pretty impressed with how simple it would be to use this gimbal out in the field. Using a Manfrotto 394 quick release system I could now lock the C100 on the Helix Jr, set aside the top handle, place the hand grip on the back of the Helix Jr, turn it on and be ready to go. It’s balanced in a way where I can change various lenses, and zoom in and out, without having to rebalance. And because I’m using the same quick release system across my other support rigs I can easily transfer the camera across when I want to change setups. 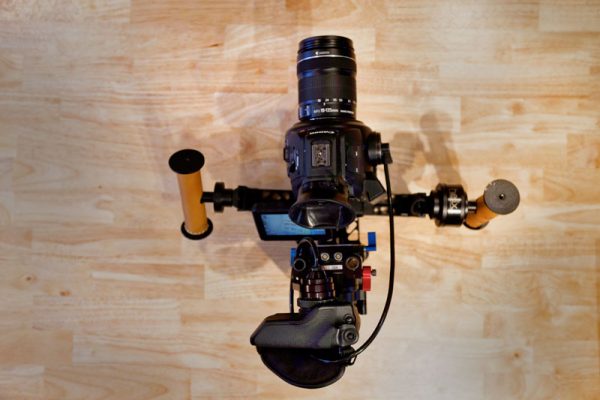 Ok so that’s all well and good, but how did it do in the real world? My shoots for Video Dads are usually for corporate or nonprofit clients, but in a documentary style, where my partner and I are constantly hustling to grab as many shots as we can. We’re not directing the action, and we have to be quick to capture moments or they’re lost forever. The Princess Cruises shoot is a good example, where we had to shoot a ton of coverage during a very fast day and a half, but we wanted the shots to have a little more oomph than regular documentary shoots. From fish processing to flying in a helicopter, to serving the fish, we had little-to-zero time to prepare, charge batteries, change lenses, or just about any consideration other than to get great shots. 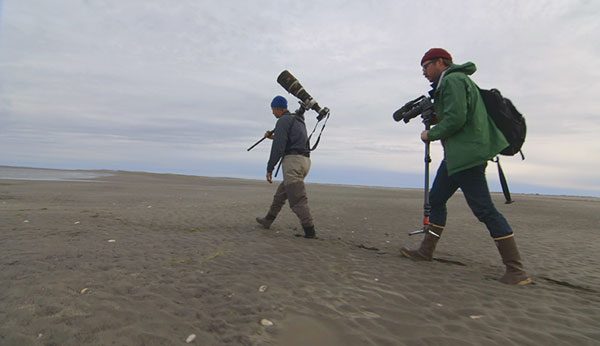 For the birding festival shoot, my partner and I were shooting over two days. We knew we would be running around in mostly rainy weather, and we’d also go out on a boat and hike a few miles to a sandy island where the rare birds liked to congregate. The hike out would be wet, sandy, and the gimbal shots would only be a few seconds of the final film. But at this point I had gotten used to bringing along the Helix Jr in my bag everywhere I went, so it was no problem.

Here were the pros: 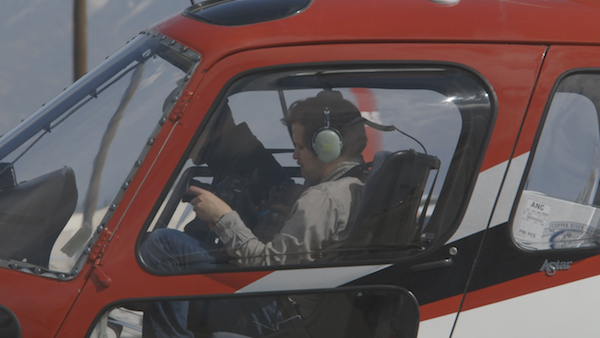 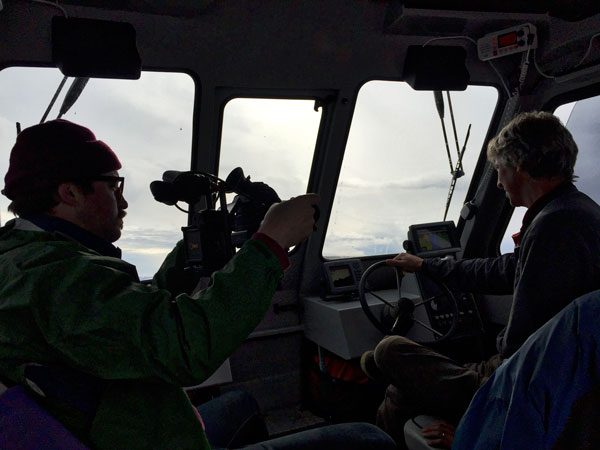 The thing I’m most unsure of is how I will start to mix gimbal footage in with the more typical wide/medium/tight sequences in documentary edits. Gimbal footage seems to be more at home in commercial edits. But with the Letus Helix Jr, the fact that gimbal footage is now an option for just about any shoot makes me very excited about the possibilities. For me, the Letus Helix Jr has a permanent place in my travel gear bag, and I think that’s a big win for us run and gun documentary shooters.