On the Teradek live show at NAB last week, Dan Chung caught up with Topher Delancy from Teradek. Topher talks about the newly released additions to the VidiU family, the VidiU Mini and VidiU Pro as well as the Live:Air Production Suite. 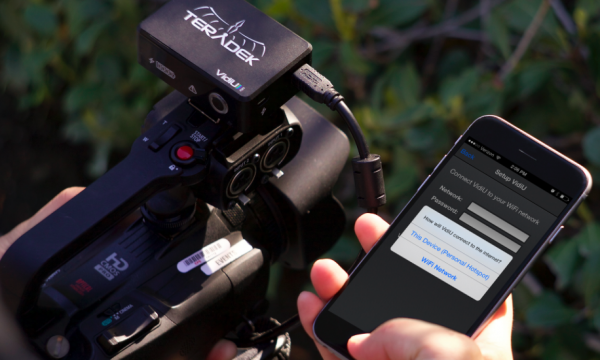 VidiU Mini is a small HDMI encoder that can stream in full HD to any online video platform or to Teradek’s new Live:Air Production Suite. The device features an internal LI-ION battery with up to 3 hours of runtime, bluetooth for configuring the device, built-in dual band WiFi, and integration with popular Web streaming services, including Ustream, Livestream and YouTube Live. For multi-camera productions, multiple VidiU Mini encoders can be used as wireless video sources for the Live:Air application. VidU Mini retails for $499 US.

VidiU Pro brings all the same features of the VidiU family while adding more features. VidiU Pro features Enhanced WiFi capability, built-in recording to SD Card, and bonding over mixed sources including WiFi, Ethernet, and 4G LTE. New CDN partners such as DaCast, Ooyala, Akamai, and Azure bring the ability to customize your streaming options. Configuring the VidiU Pro can be done with the companion app, which saves on set up time. Bonding through ShareLink allows you to connect up to 4 smartphones for a reliable high quality stream from anywhere. The VidiU Pro retails for $999 US and will ship in a few months time. 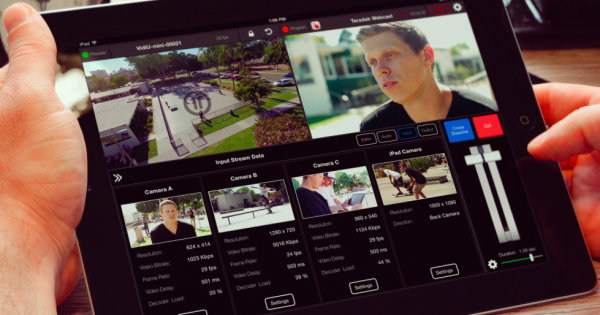 The Live:Air Production Suite is an iOS application that helps create professional live content with and iOS devices and Teradek encoders. The software allows users to add visual effects and text and title overlays to live video sources and can be used to switch between multiple live video feeds and pre-recorded material, all with the ability to use transitions and fades.

Live:Air supports up to 4 live video sources at once, so users can connect multiple cameras equipped with Teradek encoders for real-time mixing. For single camera productions, the application can be used to overlay sports scores or titles, even if the only video source happens to be the iPad’s built-in camera. Live:Air Production Suite is available on the app store for $99 US.

For more information on Teradek products head over to their website.