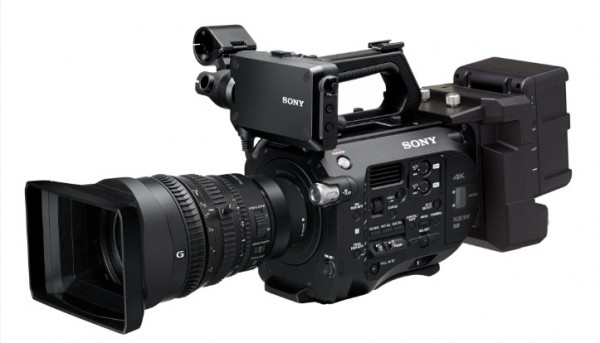 Sony PXW-FS7 Firmware V2.0 will be available for download in March. The FS7 finally gets full 4K (4096 x 2160) recording and ProRes support with the addition of the optional XDCA-FS7 extension unit. It is good to see that Sony is continuing to improve and ad new features to the FS7. Just like its bigger siblings the F5 and F55, it takes a long time for all the features to eventually trickle out.

It will be interesting to see what other bug fixes are included in the new firmware as many FS7 users are still waiting for Sony to fix issues.

Here are the key features of the new firmware:

Support for 4K (4096×2160) XAVC-I Recording
The FS7 now supports XAVC-I 4K (4096 x 2160) recording, a capability that opens up new possibilities not only for the production of documentaries and programs, but also for a wide range of professional applications. The corresponding frame rates and bit rates are listed below.

Support for ProRes Recording
The FS7 now supports ProRes recording* (ProRes 422 HQ and ProRes 422)**, providing an easy-to-use environment for those accustomed to the ProRes workflow. The corresponding frame rates are listed below. 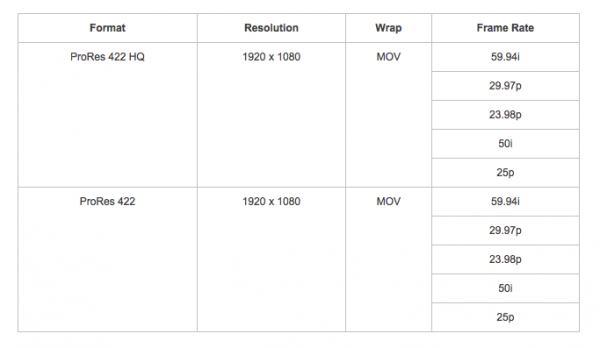 Support for 4-channel Audio Input and Recording
The FS7 supports 4-channel audio input. In applications such as an interview, this function enables the simultaneous use of an external microphone for recording ambient sounds, the built-in microphone for voice memos by the operator, and two optional UWP Series wireless microphones for voice of interviewer and interviewee. In addition, by the use of an optional XLR adapter “XLR-K2M” which provides additional 2 XLR inputs, possible applications are further expanded.

Upgrade is free of charge and will be available April 2015

● Streaming via wired / wireless LAN or 3G/4G mobile network is activated.
● MI Shoe is activated to support the HVL-LBPC battery video light and UWP-D11/D12 the wireless microphone system.
● GPS data can be recorded as a metadata in XAVC-I and XAVC-L format.
● Simultaneous Recording feature is activated. Camcorder can record simultaneously on two media, for example creating one version for editing and one for archiving at the same time to enhance workflow.

Upgrade includes chargeable element and will be available June 2015

Proxy Recording
Proxy recording supports the use of a low-bit-rate video file in place of an XAVC-format, high-bit-rate file with the same timecode. The low-bit-rate proxy file, being smaller in size, can be used in many ways to increase efficiency. For example, the smaller file can be more easily transmitted to remote locations, while editing is greatly facilitated by the use of the smaller file, which is replaced at the completion of editing with the high-bit-rate file).

FTP Transfer
This feature supports FTP file transfers on the PXW-X70, allowing content files recorded with the XAVC Proxy Recording feature, and other content files shot in XAVC (4K/HD) and AVCHD formats, to be sent via the Internet for remote storage on an FTP server).

Streaming
This feature allows images to be streamed live from the PXW-X70 for viewing at a remote location. Data transfer rate, specified by two image quality menu settings (9Mbps and 3Mbps), can be selected to suit the network environment being used.

Wired LAN Connection
When wireless LAN is unavailable, this feature allows the PXW-X70 to be connected to the Internet over a wired connection via separately available USB adapter cable VMC-UAM2 and Network adaptor CBK-NA1R which is included in CBK-NA1 Network Adaptor Kit, allowing files to be streamed or transferred by FTP.

Upgrade is free of charge and available from January 2015.

Direct Copy function is due for update in first half 2015.