There are so many good tripods, fluid heads and sliders out there. It’s nice to have a lot of options, but it can also be overwhelming, especially for DSLR shooters looking to buy their first pieces of gear. So a few months ago when Libec announced their ALLEX S kit featuring all 3 pieces in a combination kit, for under $800, it immediately sparked interest from many budget-conscious filmmakers.

But does the ALLEX also have a home with more professional filmmakers? In the video review, I highlight some of the positives and potential negatives of the ALLEX kit. In a nutshell, the tripod and fluid head are lightweight and easy to use, the slider is really nice at super slow speeds, and the overall kit is travel-friendly, but without a significant amount of testing, I wonder what the durability will be in the long-term. 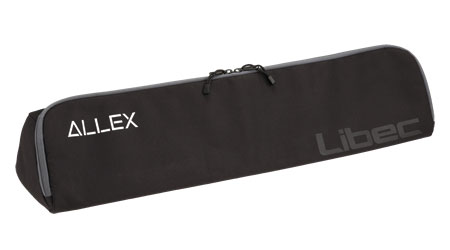 Although the ALLEX S Kit comes with a bag for the tripod/head, as well as a bag for the slider, I find it’s a nice perk that all 3 pieces fit snugly into one of the bags (the tripod one). I wrap the fluid head in a Domke wrap for extra protection when traveling with the bag. 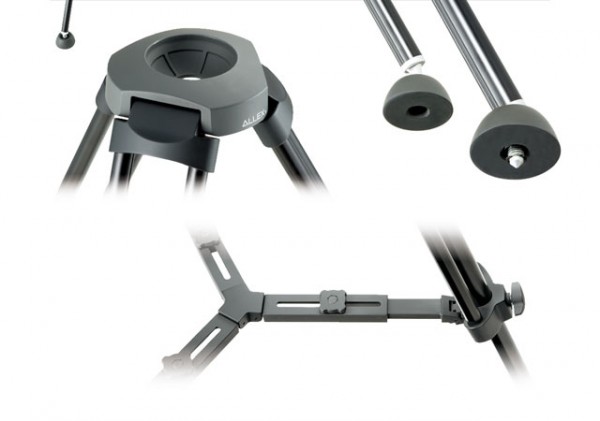 The tripod is made of lightweight aluminium and has a 75mm bowl mount. Mine came with a mid-level spreader and recessed spikes built into the rubber feet. It has a maximum height of 64.5″. The fluid head is easy to install and level on the bowl mount. It has pan and tilt friction knobs that lock when turned all the way, there’s a LED light to illuminate the leveling bubble, and the quick release plate is similar to the new Manfrotto plates that lift up rather than slide out. Unfortunately the plates are not compatible with Manfrotto quick release systems, so I put on my trusty Manfrotto 394 on top of the fluid head. 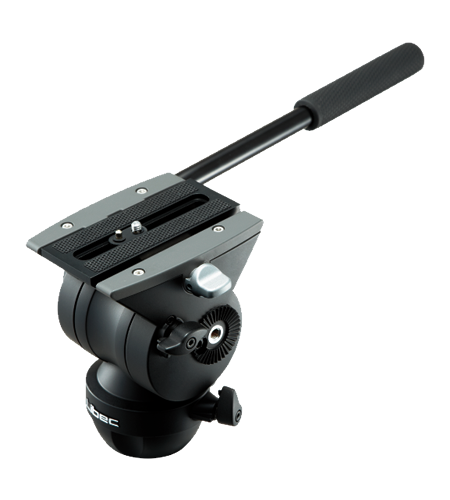 The tripod and head combo is available on its own ($376). It competes with the Sachtler Ace M kit ($580), but at a lower price. Although I’ve been criticized for sharing my opinion on the Sachtler Ace M tripod/head system, I’ll go there again. Okay, for too long the Sachtler Ace M has been the favorite recommendation for budget-conscious DSLR shooters looking for a solid tripod and fluid head. But in my experience, with the multiple friction adjustments, pan/tilt locks, mid level spreader locks, and the 3-sections on the tripod, you’re adjusting close to 20 knobs just to set up one shot. It’s too much tripod for the average shooter who wants to take his/her tripod out in the field to grab some quick shots (Ed – although more experienced users will likely prefer the Sachtler’s ability adjust counterbalance and drag to match different moves and different weight cameras).

The ALLEX tripod/head loses the dedicated friction adjustments, but it still has a lot of knobs (at least for my taste). However, it’s $200 cheaper than the Ace, lighter, has similar payload and a little more friendly to novice users. My favorite tripod is still the Gitzo GT2531LVL with a Manfrotto 500AH head (total ~$900), but I’ve been carrying the ALLEX kit around and have enjoyed using it as a standalone kit, as well as with the slider. 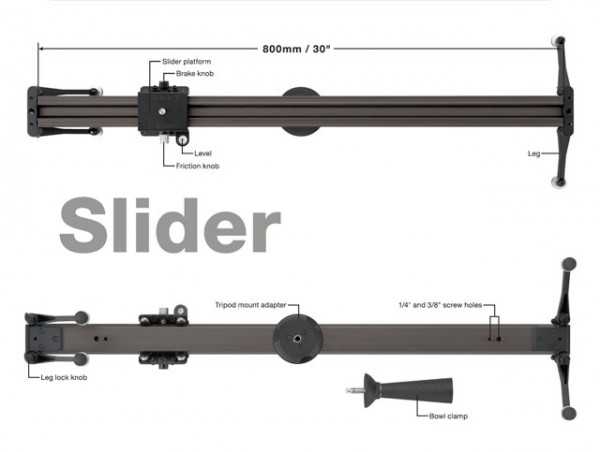 Ah the slider! This is where the S Kit really shines. With the fluid head removed from the tripod, the slider can be quickly attached to the tripod’s bowl mount, and the fluid head attached to the top of the tripod. The system keeps my rigged-out C100 completely level for the entire 28″ sliding range. My Gitzo tripod and Manfrotto head/quick release combo fails to keep my camera nearly as level as the ALLEX – there is more flex in the system. The bowl mount just does a much better job at this.

The slider has eight ball-bearing wheels that make this slider super smooth. Whether the friction knob is fully on or off, it doesn’t matter, the slider doesn’t allow you to make a bad slide. I’ve been using it on a B-cam for interviews, with my camera zoomed in, and sliding consistantly back and forth at incredibly slow speeds. Even pans/tilts while sliding is possible. Raising the slider up and down, or taking it around for B-roll is also fairly simple.

The slider by itself is $436. I think for that price it’s a no brainer. My other go-to slider, the Cinevate Duzi, doesn’t have nearly the same kind of smooth friction, though it’s much more portable (and thus I carry it everywhere). And for a few years I’ve used the Konova K3, which has also been difficult to achieve a good slide without a lot of attempts. With the ALLEX, the friction does the job for you – you don’t have to worry about pushing or pulling the camera with scientific precision.

There are a few downsides, of course. First, I wonder how durable the slider will be over the long term. My Duzi carbon rail slider seems to be invincible, and I’ve heard similar stories about Kessler sliders, but the newly released ALLEX kit hasn’t had the benefit of that much testing. So far my slider has been outside in a variety of conditions, and the grime accumulated on the wheels and slider shaft does create some bumps during the slide. A little cleaning with a microfiber cloth helps it get back to a pretty smooth slide, though definitely not as nice as new. 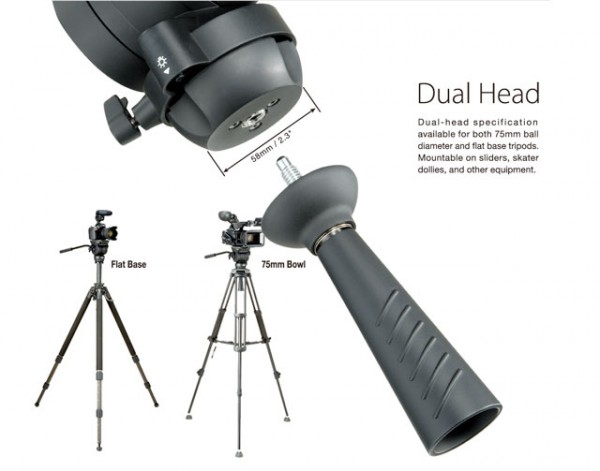 So if you leave the whole kit connected, no big deal, it’ll stay on. But part of the appeal of the ALLEX kit is that it’s modular, and these hard-to-remove bowl pieces are a drag. The way around it is to put quick release plates where these mounts stick. Or drill a hole through the bowl mounts, and stick a long metal rod in there, to use as leverage when untightening the pieces. But that seems kind of overkill. Hopefully this is something unique to my sample of the ALLEX, or that can be addressed easily by Libec.

Despite these flaws, I think the ALLEX S Kit is a really good deal if you don’t already have a tripod, head, and slider. And even if you do have one or all of these pieces, the ALLEX is reasonably priced for the quality, and gives you even more good choices when shopping for a new slider or tripod and head.

For more information, go to http://www.libecsales.com/products/allex/ALLEX_S_KIT.html

Slavik Boyechko is a documentary filmmaker based in Anchorage, Alaska. You can follow him on Twitter @akvideoshooter.