After playing with a DJI Phantom 2 Vision+ in the park for the past month, I felt it was time to take it out on an assignment.   The untreated footage, shot in standard auto mode with some adjustments while it was up in the sky, looks good on a mobile device but starts to show its limitations on a big screen. I sat down with Newsshooter.com to talk through my experience so far.

Video:
The Vision+ shoots 1080P at 25 or 30 FPS + 1080i & 720P at 50 or 60 FPS. It also has manual controls over ISO, white balance, exposure, sharpness & anti-flicker. All the above can be controlled during flight from the phone app.  In this demo I was shooting 1080P with sharpness set to standard. All the video is straight off the memory card unaltered.

Photos:
The Vision+ allows you to shoot JPEG or DNG RAW (4384 x 3288 px) and has the same manual controls as you have with video, also controllable in flight.

In this demo I was shooting RAW and the images shown here and in the video have had basic edits in Adobe Lightroom. 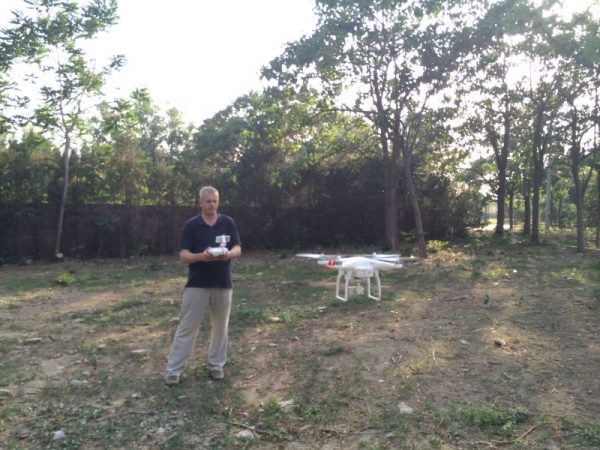 Phantom 2 Vision+ versus the Phantom 2 with a GoPro on a gimbal:

As has been demonstrated in other tests online, the video from the GoPro Hero3+ outperforms the Vision+. However, bear in mind to get close to the same functionality as the Vision+ you will need to also buy and fit:
- a Zenmuse H3-3D 3-Axis Gimbal
- a wireless video link for FPV so you can send the video signal back to the controller
- 7″ FPV monitor with built-in receiver so you can see the video on a monitor attached to the controller
– iOSD superimposed flight data on video so you can use the monitor for helping you control the quadcopter
– plus a GoPro Hero 3+
– GoPro batteries

It almost doubles the price and is a lot less compact and easy to set up. You can almost start flying the Phantom 2 Vision+ out of the box and it syncs through an app to an iPhone or Android phone.

The fall from the Sky:
In the video above I describe how my Phantom 2 seemingly fell out of the sky for no reason. Since returning home I have been able to research the incident and found the following.

The crash was most probably caused by the Vortex Ring State – an issue with the stability of multirotors. The DJI Phantom is prone to it when descending too quickly, or in strong winds. My natural action to throttle up, probably made it worse. There are no warnings in the manual related to this issue. 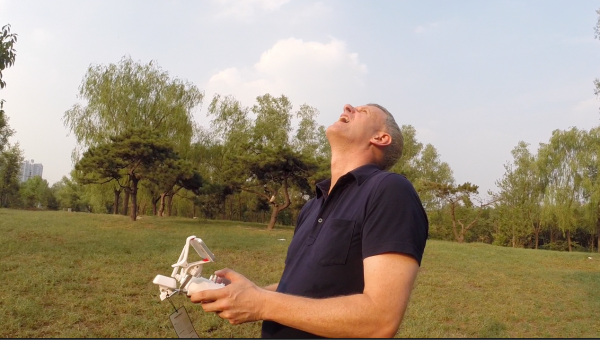 DJI issued a new firmware update in late April to counter this by restricting the descent speed. Although my unit was purchased in early May it appeared not to have the latest update. I would urge anyone with a Phantom 2 to check you are running the latest software.

I spoke to DJI support in the US and in China. Though sympathetic to my crash, both stated company policy is not to offer replacements to units damaged by this issue. Support in China did offer me 20% off a new unit.

Conclusion:
As I state in the video, even with the crash I still have come out with a positive experience using the Phantom. The video from the Vision+ isn’t as good as a GoPro Hero3+ but is so unique that everyone I have showed it to has missed its flaws while marveling at the smooth movements. The still images, once edited, are amazing.

The crash was disappointing as I still had another five flights planned. It was also an important reminder of the potential dangers of flying – especially when above people.

As I say in the video the shots above with the Phantom were done at the end of a network TV shoot I was on. I won’t get to edit the TV package for another couple of weeks and only then will be able to decide whether I can sneak one or two shots from the Vision+ in. It may be a stretch. But for online only, and learning to fly and shoot, I would recommend the Vision+. I am hoping DJI come out with a better camera or a better way to integrate the GoPro soon.

D J Clark is DP for Assignment Asia, a new current affairs program due to launch very soon. He also freelances for The Economist and teaches on the University of Bolton MA in Multimedia Journalism that runs in Beijing, China.