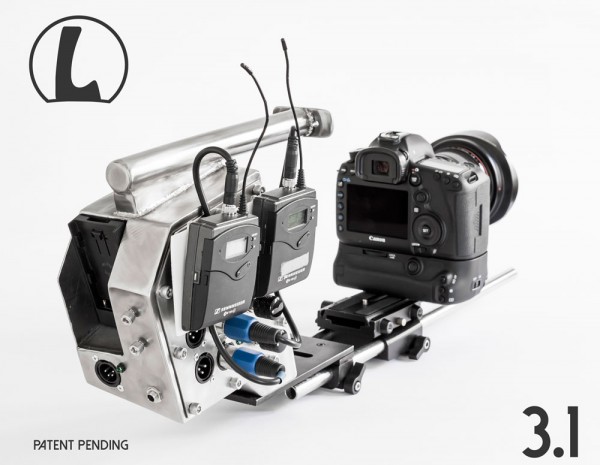 If you use DSLRs for video on a regular basis then you’ll be familiar with the issues. Want decent audio? You’ll have plenty of trailing cables and bolt-on boxes. Want better ergonomics? You’ll need a rig. Fed up of changing the batteries in everything? A universal power supply or battery pack adds even more to your already loaded rig.

These are the issues that filmmakers Edward Calvey and Hannah Radcliff are trying to eliminate with their new audio and power rig solution – the Logger’s Lunchbox.

Designed to emulate the design of an ENG camera, the Logger’s Lunchbox ‘Run-N-Gun’ version powers the camera and accessories from a single Sony BP-U60 type battery. Anton Bauer and V-lock broadcast batteries will also be able to be used with an adapter. Power and mini-jack audio to the camera is via a neat custom cable – initially available for the Canon 5D mkIII, with other cameras to be supported over time. 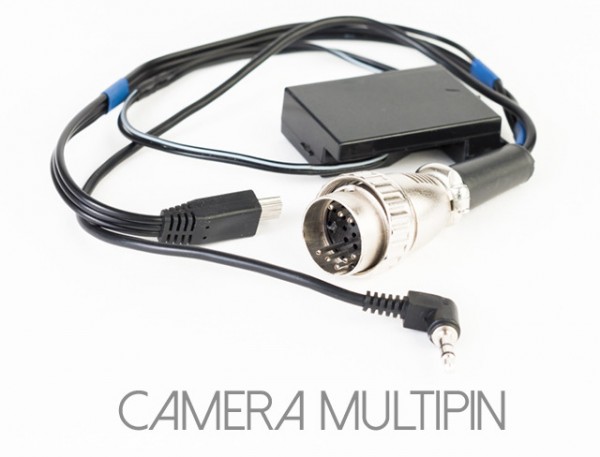 The audio side of the Logger’s Lunchbox comprises two XLR audio inputs with switchable phantom power. There is gain control on both channels and an audio level meter. Headphone monitoring is via headphones, or a small speaker on the unit that is designed to align by the operator’s ear when shoulder mounted. There is a convenient space for wireless mics to be mounted on the side of the Lunchbox.

How the audio side of the Logger’s Lunchbox compares to established solutions like the Juicedlink Riggy Micros, Beachteks or the newer Redshark Audio RA90 remains to be seen. It isn’t clear from the specifications what to expect from the built-in pre-amp. Given how badly the audio inputs of most DSLRs perform, I consider good low noise pre-amps to be essential unless you are feeding from a professional mixer. I look forward to finding out more.

To make the Logger’s Lunchbox a reality the creators have turned to Kickstarter. The price of the ‘Run-N-Gun’ version is $699 and the ‘Studio’ version is $499. At these prices it is worth considering that, if you are adding it to a high-end DSLR like the 5D mkIII, the total cost of the setup is getting close to what you would pay for a used Sony FS100 or even a Canon C100 (which has the advantage of built-in ND).

Where I do see the advantage of the Logger’s Lunchbox is in combination with the new breed of compact system cameras like the Sony a7S and Panasonic GH4. If Calvey and Radcliff can provide the appropriate power cables for these cameras, then the Logger’s Lunchbox could be an excellent option for handheld shooting.

You can find out more about the Logger’s Lunchbox here.