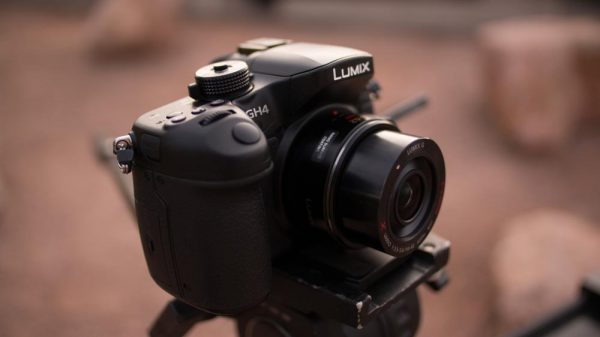 I received my GH4 from Texas Media Systems in the mail on Friday. Wanting to test it out immediately, I headed up to the Window Rock National Park, and after shooting for a couple of hours here are some initial thoughts:

I’m not a Panasonic die-hard and this is the first Lumix camera I’ve owned, so everything is new to me. My lens range for the GH4 is limited right now as I don’t yet have an EF adapter, but I did get a 14-42 mm Lumix kit lens and this is what I used.

Handling: The first thing that struck me right away was that the ISO, white balance and other buttons on the camera are easily accessible at your fingertips.

Recording media: I thought I had to buy a special card for it to record it 200 Mb per second, but it turns most of my current cards seem to work fine. If it continues to work with them, then Class 10 will be all I need to shoot 4K internally and also at the highest bit rate for 1080P HD.

OLED Viewfinder and touch screen: Looking through the EVF it looks very sharp and having an EVF is really nice. The articulating LCD touch screen is good but also very sensitive. At times when I was moving the camera I would push activate touchscreen functions accidentally. On the plus side, I could access menu items fairly quickly using the touchscreen. I could easily turn on and off the histogram, change recording format, focus, and zoom. The display can get pretty cluttered with info and there was a moment where I had too much stuff on the screen – timecode, histograms and battery power all together. Luckily it was super easy to turn it all off quickly by hitting the display button and cycling through the screens. 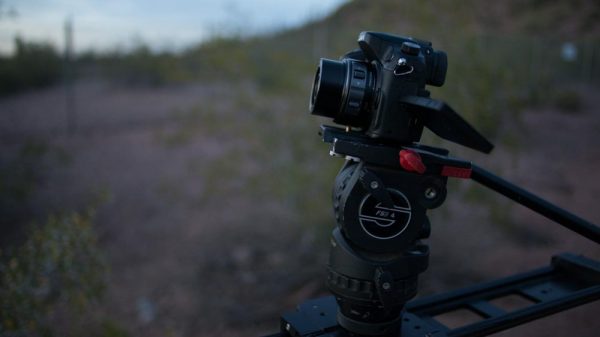 Size: It’s very small, light and compact, which I like. Even though I wasn’t familiar with Panasonic camera layout it was easy to get used to and after an hour of using it I was really comfortable. There are a lot of features on this little camera that are usually only found on bigger cams like my Sony FS100. Focus peaking, the ability to punch in to focus, to shoot in slow motion and time lapse – it’s all there.

Low Light: It seems as if in super low light the image suffers a bit, but I could see that with proper lighting and staying below 3200 ISO you’re going to get pretty spectacular images.

4K: The other thing I didn’t realize is that when you shoot in 4K the camera crops more than in HD. I’m not sure the exact ratio of the crop and I need to explore that more. 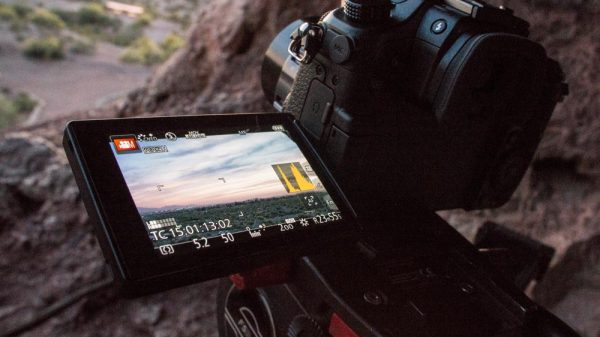 Grading: I color-graded some of the Cinelike D footage. When I had graded sky and sunset type shots in the past using AVCHD I had little luck in getting an even grade. When grading the footage from the GH4, it was actually fun! Using Magic Bullet Looks I added some curves, saturation, and a gradient filter and I had a sharp beautiful shot. 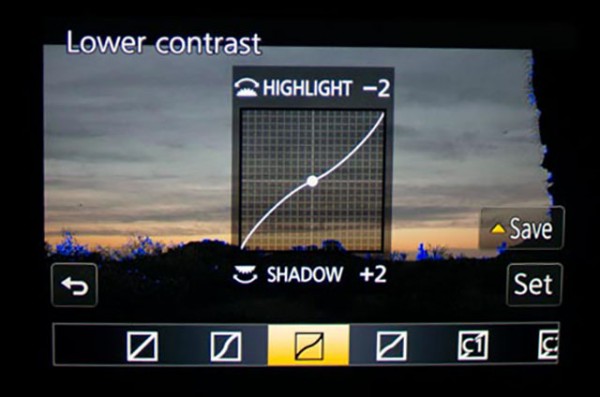 Gammas: I tested the Cinelike V and D gammas while filming the sunset and Window Rock. I like the Cinelike V look for its ease of use, as it is close to a graded state to begin with. For the Cinelike D I copied Joe Simon’s settings (https://vimeo.com/92961553) to create a flat look to be graded later – check out his test below. There are also other profiles to choose from that are normally used for stills.

The YAGH interface: I am not planning on getting the YAGH any time soon. It is nearly $2000 and I don’t have external 12v brick batteries available. Most of my work is in the real world and I don’t plan on shooting in 4K 10bit to an external recorder any time soon. If I were to add XLR audio I would look at getting the TASCAM DR-60D for $195 instead of the YAGH. 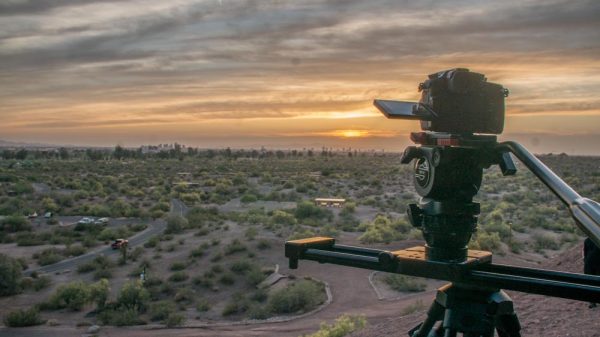 After a couple of days playing with this camera I’m really excited to use it. I’m also looking forward to getting an EF adapter on this camera so that I can try out some of my better lenses. Even with the kit lens that I was using I was still getting pretty neat pictures with some nice depth of field. I hope this will give me a comparable look to my go-to Sony FS100. I could see it replacing the Sony one day but for now I need to do some more testing.

Below is a Youtube 4K version of my test shots: