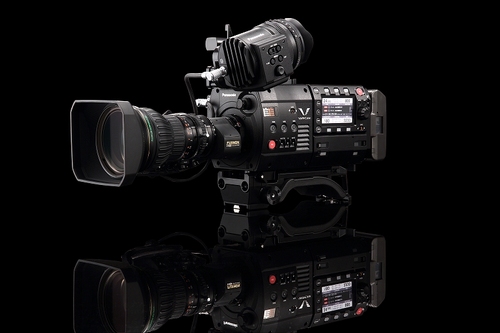 Panasonic have today given away more details of their upcoming 4K Varicam ahead of a formal launch at NAB 2014. On Panasonic Pro Video Tumblr Kunihiko Miyagi, Director of Panasonic Professional Imaging has posted new images showing exactly how the camera’s modular system works. We already knew there will be a 4K, Super35 module with a PL mount and a 2/3” HD camera module with can shoot up to 240fps in Full HD, but it is nice to see it in pictures. Either of these head units will dock to a recorder module that has the ability to record in a variety of formats including 4K.

Miyagi also explains that the camera module does not function alone and requires a recorder. Apart from the convenience of having two separate camera heads for different shooting requirements the Varicam camera module and recorder can be separated in use – joined with a cable much like the Alexa M. This can be useful when shooting in tight spaces or when using a brushless gimbal for instance. It seems the recorder will only work with these head units and not other manufacturers cameras. 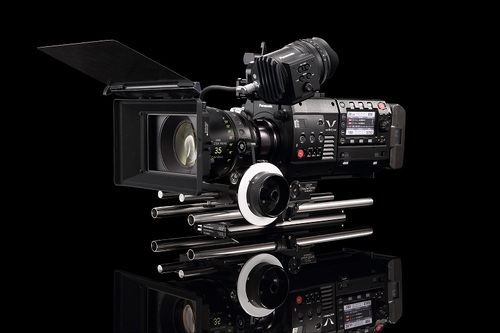 As to why Panasonic has opted for this modular approach? Here is what Miyagi wrote:

“The biggest reason is simply that we believed we could best meet the needs of users by simultaneously developing a large sensor version when shallow DOF is needed, and a 2/3” version for scenes that require more of the picture in focus. Being modular also of course allows more flexibility for further additions to the line in the future.”

Judging from these images and the specs it seems that Panasonic are pitching this camera directly at high end competitors like the Arri Alexa, Amira and Sony F55. Don’t expect it to be cheap – Panasonic have the GH4 to fill that need. The Varicam name is reserved for premium products and this seems like no exception.

Newsshooter will of course be checking out the 4K Varicam as soon as the doors open at NAB in less than two weeks.