4K BMPC at the Performance Technic Open House from OneRiver Media on Vimeo.

The 4K Blackmagic Design production camera is some way behind schedule after being announced at NAB earlier this year. The company CEO Grant Petty has said on the company’s forum that the delays were down to issues with the sensor that it has taken Blackmagic time to overcome.

Assuming that it finally comes out some time in the New Year it will still be the cheapest 4K Super 35 camera by some margin. For that reason alone it will be of interest to many shooters.

Footage shot on pre-production has been finally appearing for the past week or so. It started with downloadable footage (in ProRes) shot by Petty and been followed by a couple of other examples from shooters who have been lucky enough to shoot with the camera.

Most interesting to me was new documentary footage shot by Marco Solorio of OneRiver Media. From the footage I think you get a reasonable idea of what the camera should be capable of in the right hands. 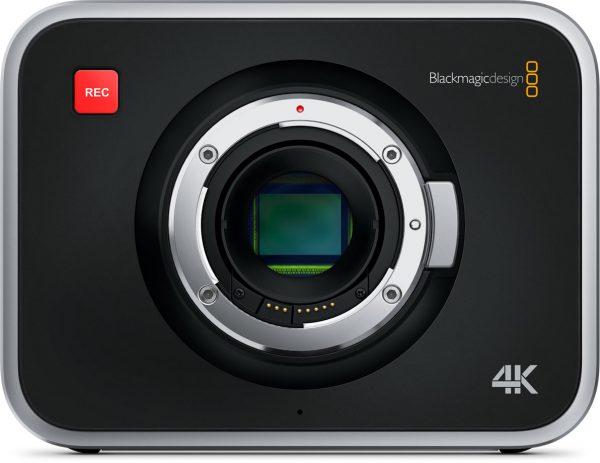 Both Solorio’s and Petty’s footage was shot in 4K 10-bit ProRes HQ mode in LOG profile. It looks quite impressive. It’s sharp and there is definitely a lot of detail in the images. It seems to have kept the Blackmagic look which a lot of people find pleasing.

One thing I did notice is there didn’t seem to be as much dynamic range as some other cameras or even the original BMCC.  If you have a look at the sky at 01.08 and the shot in the garage at 01.37 of Solorio’s video you can see examples of what i’m talking about. There is also some noise visible in shadow areas too. In fairness these examples are shot in ProRes and not raw. I know I am looking at it with a very critical eye, but I’m guessing these qualities are why Petty is keen to stress that the 4K camera is “not really a digital film camera but more of a general production camera”. Don’t expect it to beat an Alexa in image quality – it won’t. Still my overall impression of the image it that it is great considering the camera is priced at $4000.

Another major feature is the global shutter, which looks to be working well at eliminating skew and motion artifacts. Certainly better than anything the typical CMOS sensor found in camera at a similar price. The EOS lens mount now makes a lot more sense than the one on the BMCC. Matching lenses to the sensor size is now straightforward and Solorio used regular Canon glass – a Canon 50mm f/1.2L, 85mm f/1.2L II, 135mm f/2L and Sigma 8-16mm f/4.5-5.6

The camera hasn’t improved at all on the poor ergonomics or audio controls of the original BMCC, there are no in-built NDs and for real world shooting it is not going to be as easy to use as my Sony F55 or FS700. Also by Petty’s own admission it is not a low light camera. Even so, in the hands of a capable shooter like Solorio the 4K Blackmagic is clearly able to produce great results.

Lets hope Blackmagic can get the camera into production in the near future. Interesting times indeed.