For too long the news shooter has been seen as a techie. News often seems to be about the correspondent while those of us who shoot, edit and sweat blood for the report go unrecognized, even within our own organizations.

For a while now there has been a growing trend, especially in news, for the one-man-band video journalist, both shooting/editing and reporting. There are obvious financial motives for this but the journalists who can tell a good yarn while still getting their shots in focus and correctly framed with good sound levels are few and far between. It’s not their fault, of course. It is an incredibly difficult job and the majority of those doing it are often new to shooting and editing.

That’s why I think people like you and I are perfectly placed to step in and fill this role when needed. Many of you probably already do. I’ve just started, and I am loving it. I’ve been a shooter/editor for the BBC for eleven years, four of them with the Africa Bureau. Recently I began an attachment (temporary posting) as a video journalist working for BBC World News. Suddenly I’m having to find and plan my own stories. I shoot them, cut them and sometimes even have to write a script and show my face. It’s demanding and stressful but always incredibly rewarding.


This Indian martial arts film is the first I made in my new job as a VJ. Shot on my PMW 500 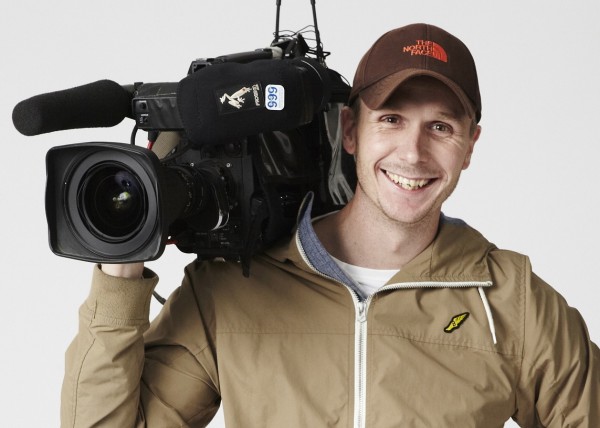 The work I’ve been doing has been a mixed bag so far, ranging from quirky arts films to covering the Westgate mall siege in Nairobi. Sometimes I still work with a correspondent, though those occasions have been few and far between. Mainly I produce what we call “authored pieces” with no voice except that of the interviewee. It’s the sort of film making that guys on this website have been doing for a while now and to me it really is the best way to tell a story. Why should we shoehorn in a voiceover and piece to camera unless you are trying to explain a very complicated story?


Syrian refugees in Jordan. Filmed on a Sony PMW500.

I’ve been using a mixture of kit depending on the piece. Sometimes I use a Sony PMW-500 ENG camera, sometimes my Canon 5D mkII and at other times my tiny Canon S110 compact which is incredibly useful for filming my own pieces to camera and behind the scenes footage. I’m still to find the perfect VJ camera but I’m enjoying experimenting.

For those of you who are craft cameramen or editors, I think showing a willingness to step up and do this type of work can really increase your employability. After all, if the technical side of the job is already second nature then the rest is fairly straightforward. For too long news crews have been complaining of producers and reporters taking jobs from them, but surely with our skill set we have no need to worry? You just need to be willing to take a risk and step outside your comfort zone. If you want to keep a job until retirement or if you are a freelancer looking for work then it may be time to realize that the opportunities in news are increasingly limited for anybody except those who can do everything – well.

It’s far from easy. I’ve made lots of mistakes and still do. It is tough to get your shot perfect while trying to make eye contact with an interviewee. It can be quite daunting to turn up at an event where not much is happening and to make a film about it for that evenings newscast. But imagine how much worse it is for somebody who can’t remember how to white balance, doesn’t know which mic is right for each circumstance and still has their hyper gain on from the night before. Believe me, I think we “techies” can be better VJs than anybody if we put our minds to it.

Christian Parkinson is a cameraman and video journalist based in London and covering the world. His work has won the David Bloom award and was shortlisted for an International Emmy. Christian is currently writing a book about how to succeed as a news cameraman. He also edits the popular camera blog www.imagejunkies.com and on twitter is @imagejunkies

Christian is a filmmaker and journalist with over 20 years experience shooting short documentaries for the web and broadcast. Learn more about him and the ImageJunkies podcast at imagejunkies.net.