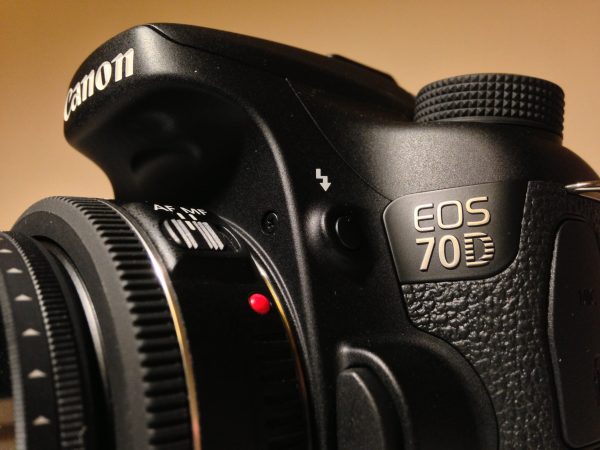 There were two reasons I was first in line to buy the new Canon 70D. Firstly the promise of smooth and accurate autofocus on a DSLR – a long awaited solution to all my focussing woes. Secondly, built in wifi, which I hoped could use to monitor and control my interviews, POVs and stand-ups from my phone.

I soon learned the wifi was not going to work. “Movie recording disabled when wifi enabled” blinked at me on the back of the screen as I switched it on to start to monitor on my phone. After some fiddling, I did manage to connect it to the Canon App on my iPhone but only to shoot still images – there seems no obvious work around for video. The autofocus was a different story.

The camera arrived in Beijing just before I left for the airport to Yushu on the Tibetan plateau. My plan had been to read the instruction book once I had arrived but at 4,200 metres (13,700 feet) my head was starting to pound from the altitude and so I ditched the instructions and set off onto the grasslands to start my assignment.

My stories generally entail shooting a video package, plus stills, graphics and text. I like to work alone from a single backpack and DSLRs have proved an invaluable tool to cover both video and stills. But their one downfall has been focus. Without a second camera operator it’s tough to guarantee focus while conducting an interview – you either concentrate on the focus or the interview. It’s also risky to attempt a static stand-up and impossible to record a moving one. 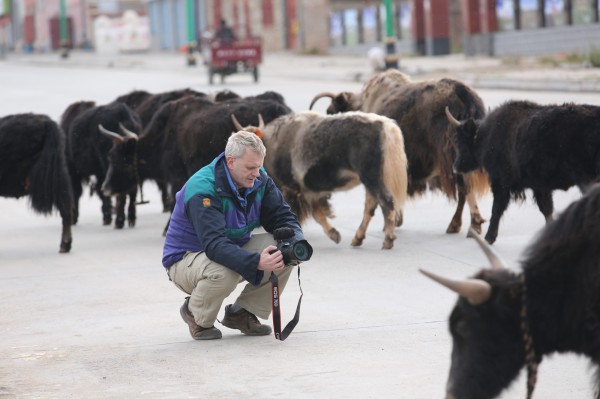 I put the 70D straight into action, switching the focus to tracking mode and trusting in Canon’s claims. Using 16-35 mm 2.8, 24-70 2.8 and 70-200 2.8 L series lenses the camera appeared to recognise my subjects movements as the green focus box jumped around the screen following the eyes of my interviewees. I am used to shooting with a single focus point in quick mode while working from the tripod, and it took me a while to get used to switching back to tracking but the touch screen helps make the task a little faster. During one interview I had to run out to throw up, the altitude sickness getting the better of me, and came back in to see the subject still talking to the translator and the auto focus moving automatically to keep him sharp.

After four days with the camera I left the Tibetan plateau relieved that the auto focus had lived up to its promise, and for this assignment compensated for my poor health. It worked seamlessly with everything I threw at it, though for the most part the 70D was my second camera with which I tended to shoot wide lens and deep apertures. I never had the chance to test the extremes of the auto focus capability wide open but it dealt well with my normal use. The 70D is staying in my bag for now.

The final package won’t be published till the end of the year, but below are some clips demonstrating the autofocus in action. At the start is a tracking stand-up shot with the 18-135mm STM kit lens which I did after I returned. The lens on that show was set at around f4.

I am sorry I was not able to give you a more thorough test, the altitude got the better of me. I hope to update further with more tests when I have time.

***UPDATE***
Quite rightly some readers have pointed out my field test of the 70D was shot a little safe and did not really demonstrate the possibilities/limitations of the autofocus capabilities. Here is a quick update shot in low light with a wide aperture to help fill in the gaps