My favourite app for audio recording on iOS has just had a major overhaul. Rode Rec version 2.8 has an all new interface for iPad which puts all the essential controls on one screen – including the waveform display. You can also now export audio as an MP3 and even edit the audio right in the app (although I imagine most filmmakers will want to edit audio in their NLE or audio editing software instead). 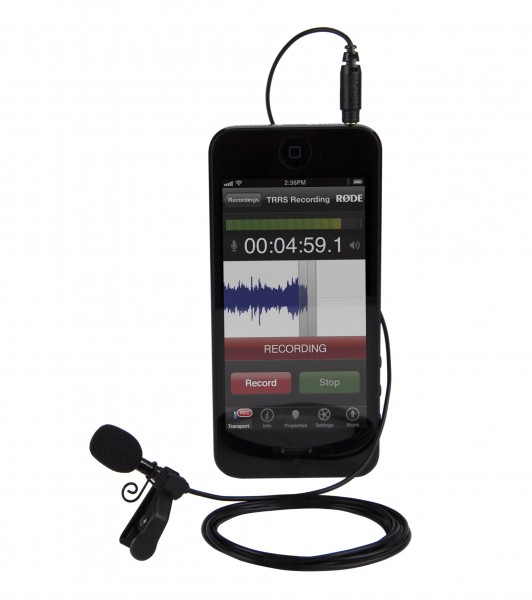 For shooters on a budget the iPhone and iPad are an excellent way to expand your range of recording options. The Rode smartLav is a handy option for getting good audio quality without the need for expensive wireless mics. Simply set up the lavaliere, set the audio levels for your subject, and place the iPhone in their pocket (sadly, however, there is no easy way to monitor this audio remotely as you would with a proper wireless mic setup). As long as you have reasonable guide audio on your camera then the Rode Rec audio can easily be synced in post with your video track. Just make sure you set the sample rate at 48kHz and you turn the phone to flight mode to prevent interference.

The upgrade is free for existing users or can be bought via this link. Rode Rec LE, the feature limited version of the app, is also due an upgrade shortly with the new iPad interface and other functions.