Think of Anamorphic lenses and classic movies like Alien, Blade Runner, Jaws, and Mad Max come to mind. Typically they optically squeeze the image for projection in a wider aspect ratio – commonly 2.35:1. The lenses have characteristic artifacts which when used creatively give a certain look. Most obvious are the horizontal lens flares and elliptical internal reflections often seen in Hollywood blockbusters like J.J.Abrams’ Star Trek. Out of focus areas are more blurred vertically and can appear to stretch when focus is shifted.

New anamorphic cine lenses from companies like Hawk and Panavision are firmly out of the reach of most indie filmmakers. The next best thing are vintage anamorphic adapter solutions from manufacturers like Lomo, Iscorama and Sankor. These can be awkward to set up with problems of lens compatibility, loss of resolution, edge-to-edge sharpness, vignetting, focussing (some need to be focussed twice – once on the adapter and once on the lens) and the need for diopters to get closer focus. Used wisely some of these can achieve great imagery, however they are also becoming increasingly rare and often expensive.

Of course one other way to get a wider screen aspect ration is to shoot regular 16:9 and simply crop your image in post to 2.35:1. This eliminates all the hassle of Anamorphic shooting but doesn’t benefit from any of the optical characteristics (although you can add filters or effects in post that ape some of them).

One reasonably cost effective solution I had success with is the Panasonic LA7200 anamorphic adapter. Originally designed to transform a 4:3 image into 16:9 on a DV camcorder it can also be used on a DSLR or large sensor camcorder. This was one adapter I had the most success with. I had to use a diopter from time to time but otherwise it was rather straight forward to use. It wasn’t perfect though as it didn’t work with all my lenses and the artifacts aren’t as good as a true anamorphic. Also the prices of these adapters have recently soared.

Given the complexities of these solutions and the image issues it isn’t hard to see how the novelty of using anamorphic lens adapters may wear off. 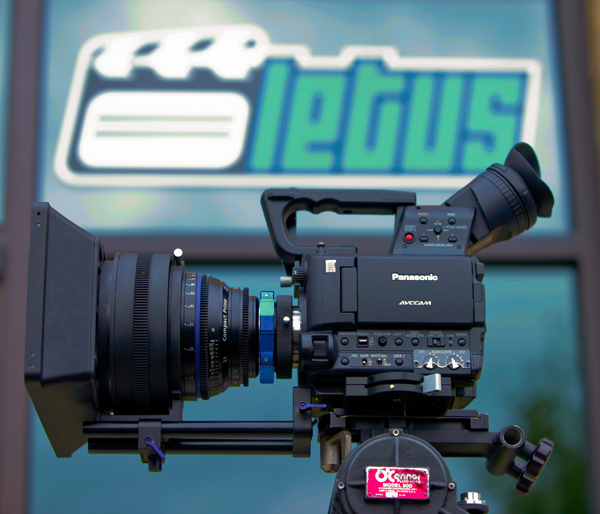 Enter Letus35 who have announced a brand new adapter that may just revive all that Anamorphic magic again – this time without breaking the bank balance. This series of adapters will start at around $1700 US and promise to be high quality and yet reasonably simple to use. Lens compatibility is much greater than vintage options with a universal adapter for zoom lenses and later on different versions for different focal length primes.

Here are the preliminary specs from Letus35:
1. Works with current prime and zoom lenses
2. The adapter has 3 fixed positions: Close Focus, Mid Focus and Far Focus replacing the need for add-on diopters. For critical focus the user can fine tune further using a 0.8 mod pitch gear on the adapter.
3. High resolution. Said to be capable of at least 2K with most lenses
4. Custom optical components
5. Multi-coated for superior image quality but still retain elegant flare. (a single coat option will also be available that will flare more. The multi-coat version has higher resolving power)
6. Made ready with matte box
7. Patent pending clip on 2-stage filter
8. Mounting solution for 114mm outside diameter lens like Zeiss CP* and adapting ring for smaller lens like 77mm, 82mm, etc.
9. 1/4-20 and 3/8-16 mounting points
10. CNC aluminum housing
11. 1.33x squeeze, which will work with all current crop of 16:9 cameras, bringing it to a standard 2.39:1

The Letus35 anamorphic has been designed with the goal of not having to fuss with diopters or the removing of the adapter for certain shots. This makes it much more suitable for real world production and might open up the possibility of Anamorphic shooting for indie film and documentary makers. 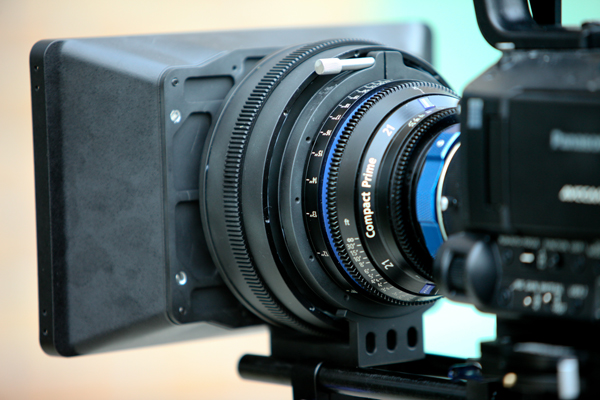 We will be publishing more info on this adapter shortly, so stay tuned. The Newsshooter team is also hoping to have an adapter at the upcoming IBC show in Amsterdam this week.

If you want to know more you can head over to my blog where there is a production journal from Letus35 giving additional insight into the research & development of this new adapter.