Tom Akerman is a UK based freelance cameraman. His recent work with his 5D mkIII using Magic Lantern firmware not only shows how good this camera can be but also displays Tom’s talents as a storyteller. I caught up with Tom to find out a little more about his shooting and how he made ‘The Beach Captain’, a film about a sand sculpture on London’s Southbank.

The Beach Captain from Tom Akerman on Vimeo.

How long have you been shooting?
Professionally, only a few years. I’ve been playing with cameras for most of my life, mainly within a photographic context, but I only made the decision to take filming seriously when events within my life forced a career change.

What gear do you use?
I primarily use and own the EOS 5D mkIII with various Canon L lenses, a Zoom H4n and Rode NTG-2 for sound, plus various bits and pieces from Gini and Zacuto to form a rig. In terms of lighting, it largely depends on the job, so the list would be rather long, but I do have a soft spot for Dedolights. 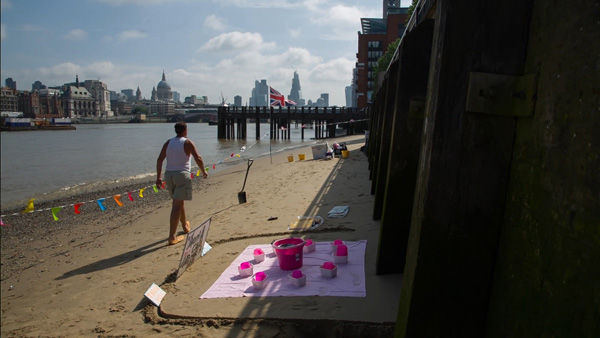 When did you hear about the Magic Lantern firmware update and when did you put it on the camera?
I had actually been using Magic Lantern for several years prior to the introduction of the RAW module, primarily to help with time-lapse photography on my now deceased 550D. Features such as an intervalometer and ramping controls were something that standard Canon firmware unsurprisingly lacked. Features I needed.

When the team announced they had cracked silent imaging, and that RAW video was on the horizon for the 5D mkIII, I’ll admit, even with my prior use of the firmware, I didn’t exactly jump straight on board. My mkIII was my primary source of income, and for it to break or malfunction while using an alpha build, no matter how small the chance, was not an option I could afford to take.

Eventually as the build progressed and the stability of the RAW module increased, to the point where 1080 25p was possible, I took the plunge and added it to the camera.

What difference has it made to the results?
It’s improved it, tenfold; the picture is cleaner, sharper, more flexible. The 14-bit image means you no longer have to worry about banding in sections of rich colour such as the sky. It truly takes the quality of material you can get from these cameras far beyond what they were originally intended to produce. 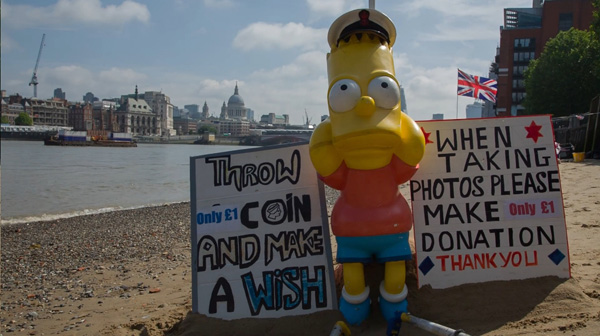 How did you find using the Magic Lantern firmware update?
Frustrating. It was largely hit and miss as to whether the camera would actually record when you pushed the button or not. If it did, great, if it didn’t, I was left praying that I could reset the camera and try again before the moment passed.

For the most part, the firmware worked perfectly, but I found during those vital moments, when I absolutely needed everything to work, it all went wrong. The camera would freeze, refuse to shut down, only record four seconds of footage, and I would miss capturing a beautiful scene or interaction.

I know it’s a little unfair to judge an alpha build, the developers made it painfully clear that things might go wrong, and I shot the piece in full knowledge of that. However, you can’t help but feel disappointed when a shot slips through your grasp due to faulty equipment. At the very least, it has served as good learning experience for me.

I have no doubt that once an official build is released, and these bugs have been ironed out, the firmware will become a welcome addition to many professionals’ kits. Maybe not as a primary, but certainly a backup. But at the moment, regardless of what certain operators online are saying, I don’t think it’s ready.

Where did the idea for the Beach Captain piece come from?
It actually came about by chance. Nez Savaşkan, a friend and college of mine, had shot a series of promotional videos for Nu:Logic and Hospital Records, basically a collection of high speed vignettes using the FS700. One of those featured Ron, The Beach Captain, setting up for the day.

I had seen beach sculptures before, in France, Spain and Italy. But in London, on the Thames? Never. It’s a river, not a beach, and a pretty disgusting one at that. It’s not the kind of water source I would want to swim in, that’s for sure. So the fact that Ron was there, regardless of this, on his hands and knees creating sculptures on its banks, simply fascinated me.

I wanted to know more about Ron, the area he was working in and see if the public’s reactions were the same as mine. Ultimately I felt that if I could be interested in Ron and his story, others might be too. What better reason do you need to make a film? 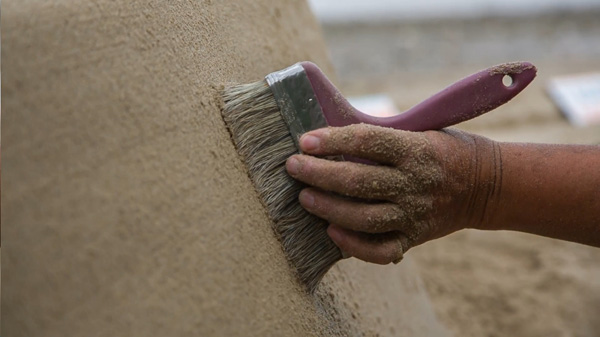 Who else was involved?
I actually worked alone. I was supposed to have a sound recordist with me on the shoot, but unfortunately he was offered a job the night before that he simply couldn’t turn down. So in the end I had to do everything by myself, not that I minded.

How long did it take to shoot?
The piece was shot in half a day, meeting Ron at 7am and wrapping at roughly 5pm. Given the location, we were constrained by the tide of the Thames. At high tide the beach is completely submerged, so we couldn’t start filming in the morning till it had gone out, and had to wrap when it came back in. 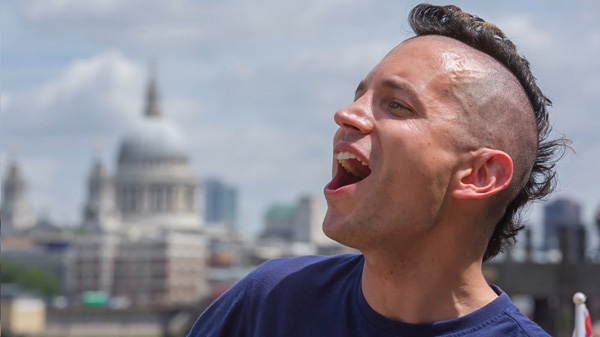 What post processing did you use?
At the time, the post production workflow for Magic Lantern RAW files was a complete nightmare, consisting of the use of multiple programs before it even landed on your timeline. This was largely to be expected; everything was still in alpha and the tools to efficiently process these files either didn’t exist or were days old.

I edited the piece with Premiere Pro CS6, but the process to get the shots into it meant I had to first un-compress the original file into a DNG sequence; take that into Lightroom and make alterations using Camera Raw; export that as a tiff sequence; and then finally use Quicktime to wrap it in a .mov container ready for the timeline.

This might not sound like a lot of work, but the process above was for one shot, and had to be repeated again and again for every individual clip, without the ability to preview what it was you were processing beforehand. It ended up taking me days to conform the rushes. I’ve read that you can now natively work on the RAW files in Black Magic’s DaVinci Resolve. But sadly, that wasn’t an option for me at the time.

What influences does your work have?
That’s a bit of a tough question, especially in the era of the internet and 24/7 content. Thanks to sites such as Vimeo, I watch an incredible amount of beautiful content on a daily basis. So much so that I couldn’t possibly point to any one production or person that I’ve taken influence from. I tend to take something away from everything I watch, be that technically or emotively, so I’d like to think that my work is an amalgamation of everything I’ve seen in my life. 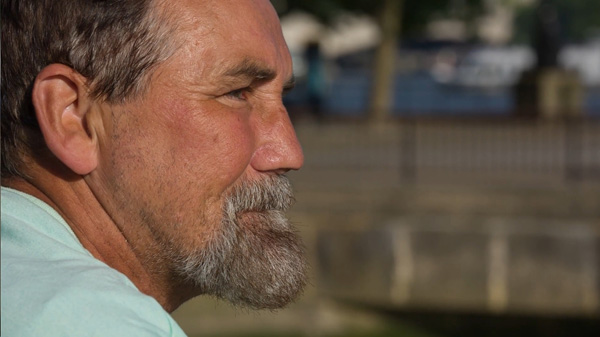 What are you working on now/have coming up?
As it’s the summer, most of my work has kept me outdoors, filming at music festivals. Thankfully this looks like it will continue for a few weeks, but when that dies down, I’ve got one or two ideas for new shorts I’d like to explore.

See Tom’s showreal on his site www.tomakerman.com. The Magic Lantern firmware for the Canon 5D MkIII is available from www.magiclantern.fm.