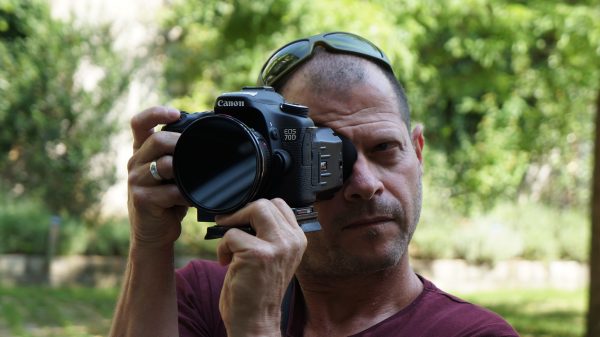 Thanks to my connections in the industry, I’m lucky enough to often get the chance to test cameras early. This time, I got (short) notice that the yet-to-be-released Canon 70D was available for testing as a pre-production model.  My aim is to try out new cameras in a documentary shooting style, seeing how those cameras working for me in the field. There is always a way to run around and do great visual tests but honestly speaking, I will always prefer to see results from a camera simulating “real world work” – so the next step is to find a good (or good enough) short story; something personal that people can relate to.

This time, a dear friend called by coincidence and said he had invited Douglas Hoekzema (aka Hox) who is using a variety of techniques and media – from graffiti to paint – on the streets as well as on walls and canvases in his studio. Douglas graduated in architecture in 2008, during the economic crisis, which prompted him to get serious with his designs, take his art to a further level and establish himself in the art scene. He now makes his living from it. Filming these situations is a win-win: my subject can use the end results for his/her benefit, while I am can publish the footage on leading blogs.

I spoke to Douglas on the phone, but there was virtually zero time for proper pre-production – talking to him face to face and seeing the location. I made a decision to give it a try and the next day we were on location just in time to enjoy the last bit of shade around.

For these reviews I use just the bare essential equipment for my work. I was spoiled this time as I had my daughter as my assistant, so changing lenses and moving from one point to another was a bit faster than normal.

In this particular test I wanted to check the overall picture quality of the camera. I’ve decided to deal with its new autofocus function later and create a separate video for it.

Audio was recorded onboard the camera despite the fact that it has NO headphone socket. 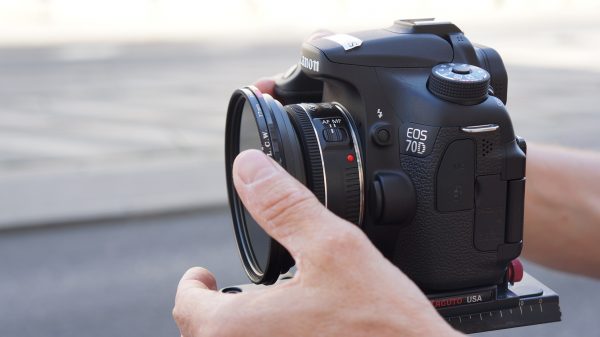 All in all, the beta quality camera produced soft images. Moire and aliasing could be spotted frequently. I do hope that the final version will be tweaked to give a better video result.

On the other hand, the autofocus mechanism is working well and I am sure that with the right lens and some practice one can achieve great results.

I hope you will take a moment to watch these videos. The footage is beta quality and has clearly been marked as such on Vimeo. You can find more technical information on these videos on Cinema5D.

Johnnie Behiri is a freelance documentary cameraman/editor/producer working mostly for the BBC and other respected broadcasters. He is also co-owner of cinema5d.com