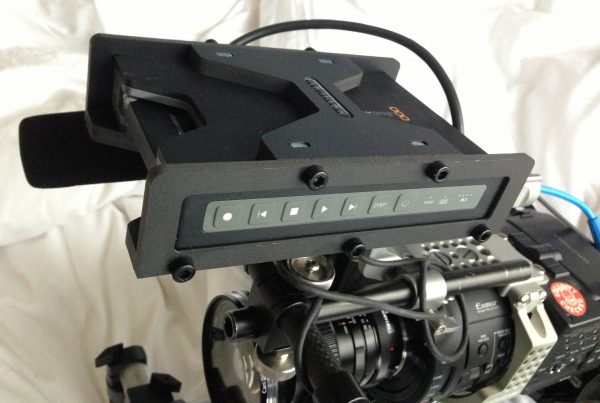 For some time I have been looking for a cage or good mounting option for my Blackmagic Design Hyperdeck Shuttle external recorder.  The only option available seemed to be Blackmagic’s own mounting system – not a bad option but it is not light and doesn’t really help protect the Hyperdeck itself. A concern with the Hyperdeck are the exposed mini-SDI connectors which are not nearly as robust as full sized ones. If knocked or broken the device will no longer work. Enter the Geardear.com Hyperdeck Shuttle cage. It looked like a good option so I decided to take the plunge and order one.

The first thing that grabbed me was Geardear’s customer service.  I was emailed back within hours and it instantly felt like I was dealing with a person and not a big corporation. Customer service is a huge part of whether I recommend a product and give that company repeat business. A company can have the best product in the world, but if the customer service is terrible I probably won’t deal with them again. The cage was dispatched almost immediately with no waiting around – so far, so good. 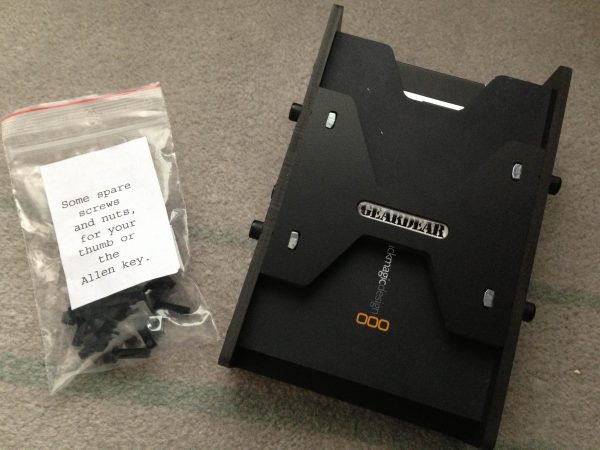 When I received the cage the first thing I noticed was how light it was: weighing in at only 170grams/0.15lb. It is made of a flexible plastic and my initial concern was will it break? and will it support the Hyperdeck properly? I gave it a good bend and put some weight to test it out. Turns out my fears were unfounded and it seemed strong.

It has a simple yet effective design.  You simply undo five allen screws and slip the Hyperdeck inside, then re-assemble.  They provide spare screws and accessories which I thought was nice touch.

The cage completely encases the Hyperdeck and has edges that overhang so the device is protected on all sides. Most importantly the mini-SDI connectors protected.  The design still allows for all the connectors and controls to be easily accessible at all times.

It features a 1/4″ -20 mounting hole underneath so the cage can be connected to most standard arms and brackets. Having only one mounting hole it does however limit your mounting options. I mounted mine on the handle of my Movcam FS700 rig which I found to be a great location.

Having used the cage for a few weeks now I have been impressed with it.  It is simple, well designed, light weight and most importantly it protects the Hyperdeck well.

The Hyperdeck cage retails for $90US and can be purchased directly from www.geardear.com