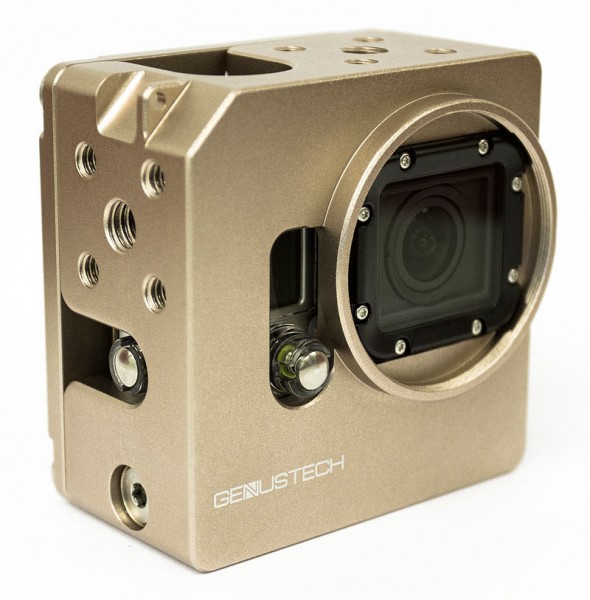 There have been plenty of GoPro cages launched since the Hero 3 hit the streets. Most offer good protection to the camera but little else. The new Genustech version is a little different. It offers a combination of features which I have yet to find on another cage.

Firstly, it has a 52mm filter thread to which you can fit ND filters for better control of shutter speed on the GoPro.

Next, it has the ability to house the GoPro with or without its original waterproof plastic housing – if without, then a clever shim system is used (this is included and not an extra like the Redrockmicro cage).

There is a GoPro mount adapter that fits in 14 different positions – allowing use with GoPro original accessories. Another nice touch is an anchor point for attaching lanyards, carabiners and safety cables.

Lastly, there is a access window for the micro HDMI port: great for external monitoring with a LCD or EVF when the cage is rigged to a vehicle or other inaccessible place. 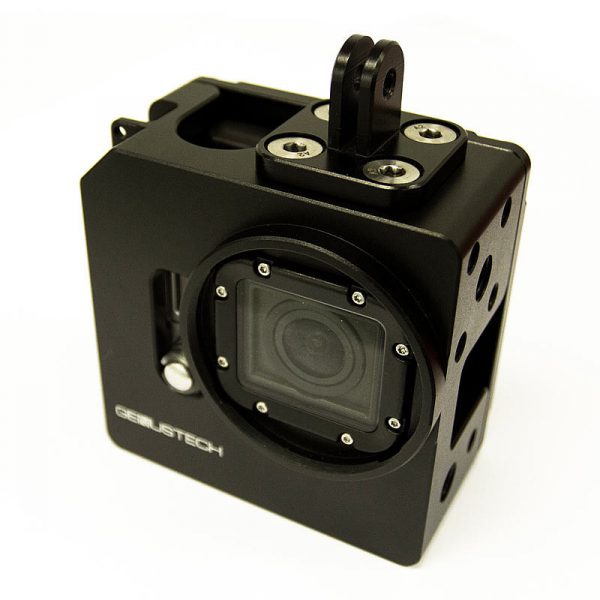 Like other competing cages it is made of precision CNC aluminum and has multiple threaded holes for mounting.

Pricing and availability has not yet been announced but Newsshooter believes it will be highly competitive. For more info head over to the Genustech website.