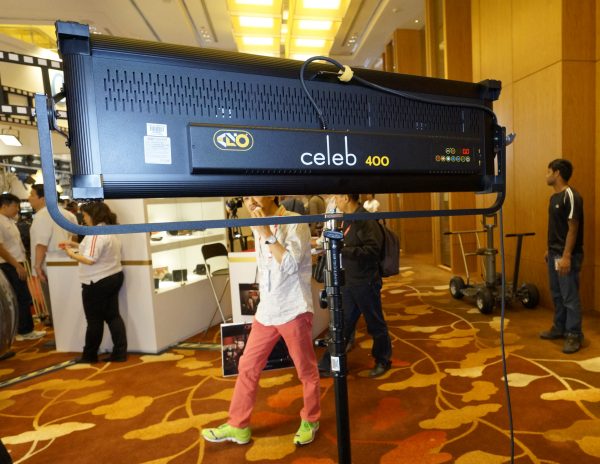 Most news shooters will be familiar with the Kinoflo range of fluorescent light fixtures. More recently they introduced the Celeb 200 LED light with a similar form factor and light quality, but with LED convenience and colour temperature adjustment.

The Celeb 400 which was announced earlier this year is the latest in the LED light range. It has around twice the output of the 200. At Broadcast Asia Kinoflo told us about a few changes that will make it more attractive as a location light – check out the video to see more.

Costing somewhere around $5000 it probably isn’t the kind of light most of shooters will buy, but if I had some serious lighting to do I would certainly be looking at renting it.