Steadicam have announced what looks to be a really good solution for the shooter on the go. A combination of a steadicam and a monopod, which is incredibly well balanced and designed to cost less than the popular Pilot model. It can be used on it’s own, or with a Pilot arm and vest. I can see this being very popular with news and documentary shooters looking for a solution that fits in your suitcase.

Also launched was the Steadicam Curve, which is a mini-stabiliser designed especially for the GoPro. No pricing as yet, but certainly looks like a desirable piece of gear for the outwardly mobile. It will come in several colours and can also be used as a mini handgrip. 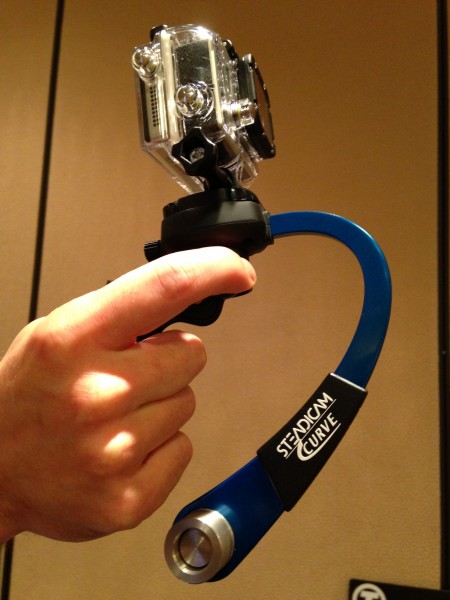