Hawk-Woods has just recently announced some very interesting new power and charging solutions for users of Sony FS, F and Canon Cinema EOS users. Based in the UK, Hawk-Woods produce a range of professional broadcast equipment and supply a lot of accessories to the BBC, among others.

If you’re like me, you will have felt the frustration of only being able to charge two batteries at a time. With charging times being so long, unless you want to get up in the middle of the night to put more on charge or carry around multiple chargers, then your options have been limited. 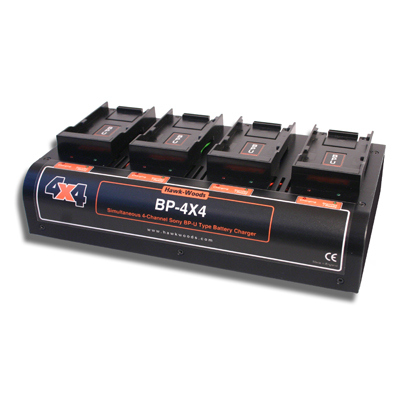 That’s where Hawk-Woods come in. The first product is the BP-4×4.  As the name suggests it charges four Sony BP-U batteries simultaneously. Charging time is three hours to completely charge all four batteries from zero to 100% charge.  The unit is compatible with BP-U30 and BP-U60 batteries that work on cameras such as the Sony EX1/3 and Sony PMW-F3. 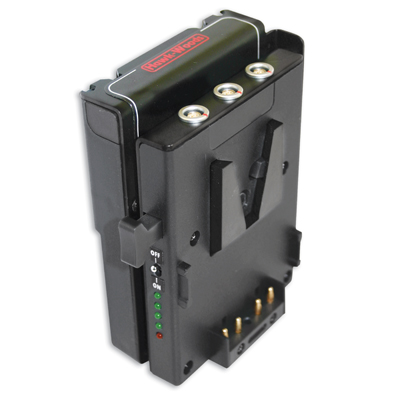 Available for the Sony F3’s big brothers, the F5 and F55, is the VL-CA6 V-Lock camera adaptor plate. This sits between the camera and the battery and features some clever external power outputs in the form of two D-Tap outputs and three Fischer RS outputs. It also features an accessory bracket built into the mount, a power indicator and a on/off switch. Alternatively, the VL-CA7 provides three D-tap connectors. These adaptors are alternative powering solutions for those not wanting to use Sony’s V-lock plate that features various other external power outputs. 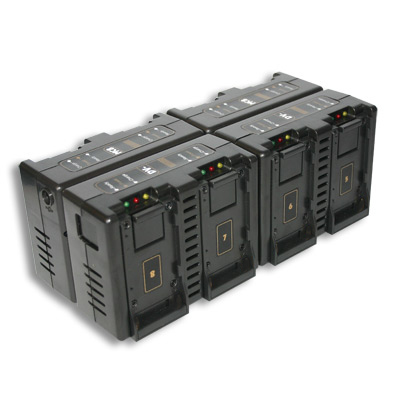 Hawk-Woods also offers solutions for Canon C100. C300, C500 and XF camcorder batteries, too. The DV-MC8A is a eight-channel charger for Canon BP-type batteries (including the BP-975, BP-970, BP-955, BP-930, BP-925 and the BP-915). It can charge eight batteries simultaneously in five hours. Other Canon charging options include the DV-MC4A, which as the name suggests, charges four BP batteries and the DV-MC2a, which charges two at once.

Also available is the VL-CF7 V-lock plate that fits the TV Logic LVM-074 field monitor. It comes equipped with two D-tap outlets to power additional devices. The DV-A12 is another plate for the same monitor that enables the use of Sony NPF batteries.