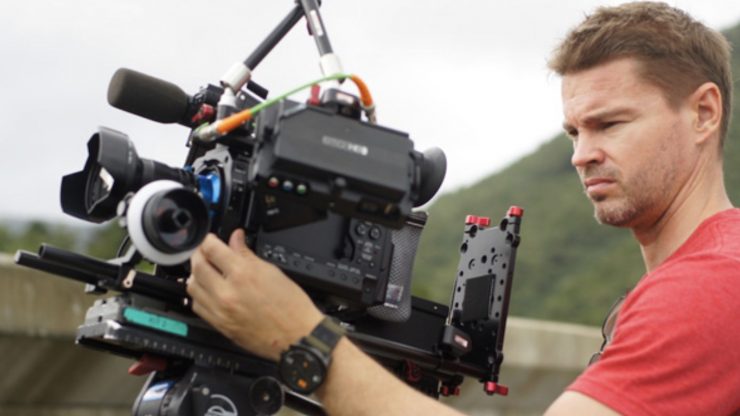 Like me, you probably have never heard of Sony S-log or even had the faintest idea about what it is or what it does.

S-log was originally only available on super high-end Cine cameras like the Sony F35. Now that it’s available for the Sony F3 I thought I’d do some research and try and explain it in as simple language as possible. Now before I do I’m not some super tekkie guy or an engineer so I’m not even going to try and explain why it does what it does from a technical perspective. I’m just going to explain what it does to an image in the real world. I have researched by reading various articles and I’ve tried to not make this article too technical. I am also happy to be corrected on anything I have gotten wrong.

S-log For Dummies from Matthew Allard on Vimeo.

The short video I have made is just some test shots to try and show you what S-log does and looks like. It’s not a scientific test, it’s just me using the camera. It hasn’t been recorded on an external recorder – its all been recorded straight onto the internal SxS cards. All comparison shots were done using the exact same lenses and settings unless otherwise noted.  I’ve shot comparisons between S-log/non S-log, graded S-log/ungraded S-log and graded non S-log/graded S-log. There are also comparisons between a Canon 7D using the Technicolor Cinestyle profile and the F3 with and without S-log.

In a nutshell, S-log is supposed to offer you exceptional tonal reproduction in both the highlights and low-lights. In other words, it can help expose the brightest part of your scene while still keeping the detail in the shadows. We have all shot something when, to expose for the brightest part of a scene, we have had to stop the camera down. This usually means losing all the detail in the shadows. S-log helps you to keep some of that information you would normally lose.

Straight from a camera’s sensor, an image appears very dark if it doesn’t have a gamma curve added to it. Almost all HD video cameras process video with a gamma curve so when it is viewed on your TV it looks correct. This viewing method is referred to as REC709. What REC709 can’t do though is display the entire range of what your camera’s sensor can capture. The F3 has a 16-bit sensor but without S-log you can’t capture all that information into a 10-bit signal. Here’s where S-log earns its money. It bends the range of the sensor to fit all the information into the allowable 10-bit space. It loses some information in this process but it now allows the camera to mimic the changes in brightness that are visible to our eyes. So remember earlier when I talked about why a camera struggles with replicating bright scenes? Well, this is what S-log is helping correct.

The conventional way to combat the bright skies would be with an ND grad filter in front of the lens, but I found when using Sony F3 these filters don’t tend to look as good as on say my Sony PMW-350 XDCAM. With the F3 you can see a noticeable graininess where my filters are graduated and I imagine that unless you are using the highest possible quality filters you will still be able to see the change in quality. S-log benefits you greatly by allowing you to do without filters in some cases because it handles the highlights so much better.

S-log does have to be color corrected in post though. A non-color corrected S-log image looks washed out, lacks color and contrast. You don’t have to record S-log to a 4.4.4 external recorder like a Convergent Designs Gemini or even to a 4.2.2 recorder like an AJA KiPro Mini. It can be recorded straight to SxS cards but this not the best way to use it as S-log benefits in the color correction process from recording to a much higher bitrate codec and broader color space. When shooting S-log you can only choose either 5600k or 3200k and you can only shoot in progressive and not interlaced (I couldn’t find an explanation as to why).

Are there any negatives to S-log? From my experiences so far you don’t need to use it for everything and it’s not a quick fix miracle that will magically make all your material look wonderful. The image will appear noisier, especially in the shadows. This is why you need to be careful not to under expose your images.

The positives? It is fantastic when you have to shoot scenes that have a high level of contrast. I have been able to shoot a lot of high contrast scenes I would never even attempt without S-log. It is also quite remarkable in low light. Turning on S-log is like turning on extra lights in a room. It also provides an amazing reproduction of detail that you normally never see. At 18db with the S-log enabled the F3 can literally see in the dark. My eyes can’t see what this camera can with a fast lens.

My overall impression of S-log is “wow!” It is, however, a $3800US upgrade and is not for everyone. I do however thoroughly recommend it as it really does take your F3 and put it on steroids.